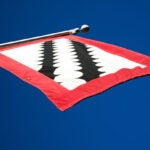 The Graduate School of Arts and Sciences (GSAS) today awarded the Centennial Medal to four outstanding alumni whose contributions to knowledge, to their disciplines, to their colleagues, and to society have made a fundamental and lasting impact.

Considered GSAS’s highest honor, the Centennial Medal was first awarded in 1989 on the occasion of the 100th anniversary of the School’s founding. The alumni receive their medals at a luncheon held the day before Commencement.

Our planet is facing an overwhelming crisis of mass extinction. With so much at stake, and with so many different species and habitats in jeopardy, where do we even begin? Russell Mittermeier, Ph.D. ’77, has never been afraid to take up this challenge. His career has included leadership positions at the World Wildlife Fund, the International Union for Conservation of Nature, and Conservation International, where he was president from 1989 to 2014 and now serves as executive vice chair. A prolific field researcher specializing in both primatology and herpetology, he has discovered seven new species of monkey — along with four lemurs and three turtles — and has had eight species named in his honor.

Mittermeier has been especially instrumental in explaining the importance of “biodiversity hotspots,” places that are home to unusually high numbers of different species of plants and animals. He has helped build widespread recognition that global conservation strategy should give the very highest priority to protecting these unique locations.

“Russ has been a pioneer in global conservation, as a leader of Conservation International and through his extraordinary work around the world in real-life conservation projects,” said Edward O. Wilson, Pellegrino University Professor Emeritus in the Museum of Comparative Zoology. “He’s at the forefront of our current effort to save global biodiversity.”

Archaeologists devote their lives to uncovering the material evidence of history, strengthening the links between us and the past — and no one is more skillful at building these connections than Sarah Morris, Ph.D. ’81. An accomplished excavator, scholar, and educator, she is Steinmetz Professor of Classical Archaeology and Material Culture at the University of California, Los Angeles. She has served as chair of the Department of Classics and of an interdepartmental Ph.D. program at UCLA’s Cotsen Institute of Archaeology, leadership positions that she has deftly balanced alongside her dedication to her scholarship and her students.

Morris’ work bridges academic boundaries and encompasses an impressive range of historical periods. In 1993, she won the James R. Wiseman Book Award from the Archaeological Institute of America for “Daidalos and the Origins of Greek Art,” which offered a new, more comprehensive framework for looking at the relationship between ancient Greece and the Near East. Morris employed a sophisticated theoretical approach in the book, drawing not only upon archaeology, but also linguistics and philology.

“Sarah is a brilliant communicator, sharing her deep knowledge of archaeology with experts and nonexperts alike,” said Gregory Nagy, Francis Jones Professor of Classical Greek Literature and Professor of Comparative Literature. “I admire her work passionately.”

Thomas Pettigrew, Ph.D. ’56, has devoted his life to confronting some of the most divisive problems facing human society: racism, discrimination, and prejudice. He taught at Harvard for more than two decades before joining the faculty of the University of California, Santa Cruz, where he is now research professor of social psychology emeritus.

Pettigrew’s work consistently addresses the day’s pressing policy questions. In 1964, The Harvard Crimson described his course on racial prejudice as “the academic stronghold of the Harvard Civil Rights Movement.” In the 1960s and 1970s, he testified before Congress and gave expert testimony in several court cases on public school desegregation. In recent years, Pettigrew has focused on contact theory, the idea that increased contact between racial groups can build positive intergroup relations.

“Tom never loses sight of a commitment to social justice, a commitment to shedding light on how we can move toward a world that is free from the damaging effects to individuals, to communities, to whole nations, that result from prejudice and racism,” said Lawrence Bobo, W.E.B. Du Bois Professor of the Social Sciences. “His work is always tethered to speaking to those large challenges, and to the ways in which social science can inform efforts to make the world better.”

Richard Sennett, Ph.D. ’69, is a scholar of tremendous range and wide interests. He is a sociologist and historian, and also a novelist, a musician who trained at Juilliard, and an adviser to UNESCO. His scholarship has shaped our understanding of some of the most fundamental questions of modern life: what it means to live in a city, and what it means to work.

Sennett is University Professor of the Humanities at New York University, where he founded The New York Institute for the Humanities, and professor emeritus of sociology at the London School of Economics and Political Science. His wide-ranging bibliography includes “The Corrosion of Character,” a study of the world of new capitalism, and “The Fall of Public Man,” which examines a pronounced change in the nature of public life and political involvement over the course of two centuries of Western history.

“Richard is extraordinarily attuned to aesthetics and art, as well as deeply engaged with social inequality and the changing world of global labor relations,” said Werner Sollors, Henry B. and Anne M. Cabot Research Professor of English Literature and professor of African and African American Studies. “Many of his peers would be proud to have worked in just one of the many areas Richard has taken on.”