An active role for the Divinity School 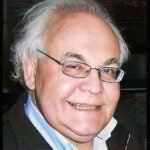 As it begins its third century, Harvard Divinity School (HDS) can provide a valuable service to leaders across campus by helping them navigate the contentious religious issues they increasingly confront in their disciplines.

Moderated by David N. Hempton, dean and Alonzo L. McDonald Family Professor of Evangelical Theological Studies at HDS, the discussion was intended to tap the perceptions of other Harvard leaders about the role of the School.

“What can we do better — what would you most want from us?” Hempton, who is also John Lord O’Brian Professor of Divinity, asked Nitin Nohria of the Harvard Business School, Martha Minow of the Harvard Law School, and James Ryan of the Harvard Graduate School of Education.

Citing the intersection of contemporary religious topics with their Schools’ curriculum and research, the deans said that the Divinity School is uniquely positioned to guide them in addressing a range of issues — from school choice to religious exemptions to federal law.

“In the 21st century, religion has become one of the real great divides that separates the world,” said Nohria, who is also George F. Baker Professor of Administration. However, the “vast majority of our students, because it’s so heated and because it’s so hard, would rather not engage,” he said.

Nohria encouraged the Divinity School to reflect on how it might facilitate dialogue “across religious traditions,” and “help the rest of us in our own settings learn to do this better.”

“There were people from many many traditions who had never been in the same room together who shared one view — that this was wrong,” she said of the court decision, noting that the meeting and others nationwide helped mobilize support for the 1993 Religious Freedom Restoration Act.

“We are now living in a moment when the interpretation of that statute is of great challenge,” Minow said, “and I think it would be helpful for the Divinity School to hold another meeting.”

Greater knowledge of religions traditions would benefit their students, the deans agreed.

“This is a time of growing religiosity, growing intensity of religious affiliation, and we need to understand how that operates even for people within a religion,” Minow said.

Hempton asked the panelists about the inspiration behind the important work that happens at their Schools.

His upbringing in India helped make clear to Nohria “how much economic self-determination matters in people’s lives.” Ryan spoke of his belief in the power of education, while Minow described law as a tool “to help build societies where people who don’t actually like each other can live together.”

Hempton also wondered what frustrations his colleagues have experienced as deans.

Nohria cited his concern that the growing unwillingness of people “to have a true dialogue with each other” has begun to infect campus life. Ryan said he worried “whether we are doing all we can to prepare our students for … the fast-changing world of education,” including the need to “engage in productive conversations with those with whom they might not agree.”

Minow said she was troubled that in the age of digital technology, “people aren’t listening, people are multitasking” on campus as elsewhere.

“I think there is a real danger of losing what’s special about being a face-to-face community,” she said.