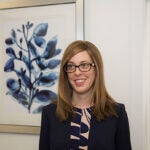 At a Meeting of the Faculty of Arts and Sciences on April 4, 2017, the following Minute was placed upon the records.

Svetlana Boym was born in Leningrad on April 29, 1959, and died on August 5, 2015, in Boston. She had been ill for almost a year, but only a few knew the full extent of her disease. Always oriented toward present and future projects, she wanted us to think of her as a young artist, not a fatally ill person. She never failed to surprise, delight, and inspire her community with her brilliant formulations, oral and written, with her creative work, which was no less varied and prolific than her critical writing, and with her abilities to get to the heart of a problem, to be original without trying, and, like her guiding intellectual lights Walter Benjamin and Hannah Arendt, to never confuse the aesthetic, the ethical, and the political, although she had a rare talent for bringing them into close proximity. Of the many surprises she offered us, her death was the only one that was not joyous, luminescent, and mind changing.

“I agree with all of the previous orators” was a favorite phrase, delivered with a merry mock-Soviet solemnity, but she would inevitably go on to disagree, graciously and constructively but firmly, whether in committee meetings or on conference panels or in dinner-table conversations. In Soviet Leningrad, she early on showed signs of this independence, once refusing to disassemble and clean an AK-47, a required part of her school program. Her curiosity and sense of adventure brought her to an early love of film, philosophy, art, and foreign languages. She studied Spanish at the Herzen State Pedagogical Institute in Leningrad, but had already decided to emigrate in her late teens. She left without her parents, Yuri and Musa Goldberg, engineers whose application to emigrate would continue to be denied for nearly another decade (a young KGB officer named Vladimir Putin told them they would never see their daughter again). After completing an M.A. in Hispanic literatures at Boston University, she entered our Ph.D. program in Comparative Literature, where she added French and Russian literature to her fields of interest, quickly mastering the subjects that interested her (theory, modern poetry, the essay) and treating others, notoriously Old Church Slavonic, as she had once treated the AK-47 in her Soviet school.

When Harvard advertised a joint teaching position in the undergraduate Literature and History and Literature programs, Svetlana applied and overwhelmed her interviewers. The ink was barely dry on her dissertation when the Harvard University Press published it as “Death in Quotation Marks: Cultural Myths of the Modern Poet” in 1991, and she had already begun her second book, “Common Places: Mythologies of Everyday Life in Russia” (1994), which she completed before her tenure review. She earned this promotion with her numerous publications, her inspired teaching, and her willingness to contribute to many programs: Slavic, Comparative Literature, the Davis Center, Visual and Environmental Studies, the Graduate School of Design, and the Humanities Center.

Those first two books set the standard for what was to follow. She addressed major problems in the humanities, the death of the author and mythologies of everyday life. She took full cognizance of theories fashionable and unfashionable, but even as a very young scholar-critic she quickly established her own voice and perspectives. Her favorite modern essayists and theoreticians (Shklovsky, Nabokov, Barthes, Derrida, Foucault, Certeau, to name a few) attracted her by their humor and playfulness, not by their algorithms, and she critically set them off against her full range of literary, cultural, and historical references, often to their detriment. While she acknowledged with self-irony her need for help with English’s definite articles, her writing in English became superbly nuanced, playful, and incisive. Her mastery of the personal voice lent depth of experience to this critical writing.

While completing these scholarly projects and beginning a third, Svetlana found time to make a short documentary film, write prize-winning short fiction, complete a play, “The Woman Who Shot Lenin” (1990), begin a multi-layered experimental novel, “Ninochka,” appropriately published in the SUNY series “The Margins of Literature” (2003), and mount several exhibitions with accompanying catalogues. Her third book, “The Future of Nostalgia” (2001), grew from the conclusion to her second. As with her previous books, this work reconceived a current issue, memory, but took it to new places, from dinosaurs to Nabokov, from St. Petersburg and Berlin to cyberspace and “e-space.” Conceptually, The Future of Nostalgia developed a resolutely non-sentimental distinction between “restorative nostalgia,” which can eventuate in paranoiac nationalism, and ironic “reflective nostalgia,” which can foster empathy and be a creative emotion. The book, often quoted and her best-known work to date, leaves no doubt about where she stood in this range of possibilities.

Her fourth book, “Another Freedom: The Alternative History of an Idea” (2010), is her most literary and philosophical. It neglects neither concrete historical nor political situations, but it begins and ends by celebrating the unknown, the experience of adventure and of the “infinitely improbable,” a term she adapted from Hannah Arendt.

In different forms, Svetlana pictured the landscape of the ruin, the everyday, the banal, the marginal, the gap, the missing link, and the transit space. She liked to reveal the unseen that hides in full view, bringing to light the “unmemorable” and the “unmonumental” in cosmopolitan culture.

Meanwhile, she had also become known as a photographer and media artist, exploring nostalgic technology, and at the time of her death, she was at work on several new projects, including a film about the refugee camp in Vienna where she had stayed after leaving the USSR. Her posthumous book, “The Off-Modern,” a manifesto and memoir of her creative and critical eye, always drawn “off center,” is forthcoming. She is survived by her parents; by her husband, Dana Villa, the Packey J. Dee Professor of Political Science at the University of Notre Dame; and by her devoted students, who are publishing a collection of her writings. Her life and work will be the subject of a documentary film.