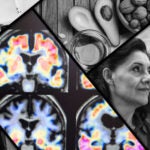 Ten years ago, Dimitar Sasselov worried that his graduate students studying the origins of life might have trouble finding jobs after leaving Harvard.

The past decade, however, has seen an explosion of exoplanet discoveries, rising excitement about the prospect of finding extraterrestrial life, and advances in understanding of life on Earth. Needless to say, those early worries have mostly vanished.

Sasselov is Phillips Professor of Astronomy and director of the Harvard Origins of Life Initiative, which hosted a two-day symposium this week marking 10 years since the initiative’s founding in 2006. The project has grown along with the fledgling field, fed by a flood of data from telescopes probing the skies, fieldwork exploring early life on Earth, and labs investigating the chemistry of that all-important transition from primordial soup to first life.

The symposium, held at the American Academy of Arts and Sciences in Cambridge, featured lectures and panel discussions about recent discoveries and included comments by founding faculty members Sasselov, Professor of Genetics and of Chemistry and Chemical Biology Jack Szostak, Flowers University Professor George Whitesides, and Andrew Knoll, Fisher Professor of Natural History and professor of Earth and planetary sciences.

An explosion of recent discoveries has done a lot to feed interest in exoplanets, while new technology has fostered advances in the understanding of life’s chemical roots, Sasselov said. NASA’s Kepler Space Telescope was launched in 2009, three years after the Origins of Life Initiative began, and has contributed to our current understanding of the Milky Way as a place rich with planets. A NASA tally last year says that of 3,200 confirmed planets orbiting other stars, 2,325 of them were found by Kepler.

In one presentation, David Charbonneau, a professor of astronomy, said that Kepler’s exoplanet discoveries have delivered answers that advance the search for life on planets orbiting other stars.

Charbonneau outlined a four-step process underway right now. Since life is thought to be able to exist only on smaller, rocky planets like Earth, the first step is to determine the range of those planets’ sizes. An examination of planets discovered so far found that almost all smaller than 1.6 times Earth’s radius are rocky compared with none exceeding two Earth radii.

The second step, Charbonneau said, is to determine how often those planets are found in the “temperate zone” around a star, warm enough that water is liquid but not so hot that it boils off into vapor. That number is still elusive for stars like our sun, but Kepler-informed Harvard graduate work indicates that such planets could be relatively typical in the orbits of cooler, more common “M dwarf” stars.

The grad student, Courtney Dressing, “was able to determine one in four such stars hosts a planet just the right size and the right temperature,” Charbonneau said. “That’s amazing because it could have been one in a million. And if it’s one in a million it means that the closest one to us is still so far away that telescopically it’s inaccessible.”

In the part of the galaxy that Charbonneau termed “our block” — within about 33 light years — there are 20 sun-like stars and 246 M dwarfs.

In fact, Charbonneau said, the first of these planets was found last year orbiting the closest star to Earth, Proxima Centauri, just over four light years away.

How fully these planets can be studied depends on the orientation of their orbit, however. It’s important, Charbonneau said, to find ones that pass in front of their stars from Earth’s vantage point so that their size and mass can be more accurately determined and the starlight passing through their atmospheres can be characterized. Playing a role in that process is Charbonneau’s MEarth Project, backed by the National Science Foundation and two private organizations, which has two automated arrays of eight telescopes examining nearby stars for the tiny dips in luminosity that indicate a front passing.

The last step, Charbonneau said, is to thoroughly study the discovered planets, analyzing their atmospheres for the signature of compounds — like water, carbon dioxide and methane — that might indicate life.

This effort is about to get a significant boost with two new telescopes coming on line. The James Webb Space Telescope, set to launch in 2018, will allow more detailed examinations of exoplanets than has been possible before. Similarly, the ground-based Giant Magellan Telescope, being assembled on a mountaintop in Chile, will be the largest optical telescope ever built.

Today, Charbonneau said, efforts are advanced enough that grad students can set to figuring out not how many Earthlike planets are out there, but rather how to study the atmosphere of a promising planet and what signs of life might look like.

“These planets really might have life as we know it on them,” Charbonneau said, adding: “I’m very excited about the future.”