The hollow threat of nukes 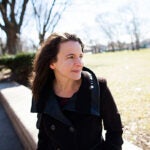 The writer behind the speeches

As President Trump signals that he wants to expand the nation’s nuclear arsenal, two experts at a Harvard forum argued Thursday that some of the touted advantages of being a nuclear power have been overstated.

Speaking at the Harvard Kennedy School, Matthew Fuhrmann and Todd Sechser said nuclear weapons deter aggression, but they questioned the common view that they are also useful as a coercive tool against adversaries.

“We found very little evidence actually that nuclear weapons have been successfully used in a coercive role in the past, even though countries have tried many times to do it,” said Sechser, an associate professor of politics at the University of Virginia.

Sechser and Fuhrmann, an associate professor of political science and Ray A. Rothrock ’77 Fellow at Texas A&M University, spoke as part of the Project on Managing the Atom seminar series offered by the Belfer Center for Science and International Affairs.

The co-author with Fuhrmann of a new book, “Nuclear Weapons and Coercive Diplomacy,” Sechser noted that the United States launched a nuclear weapons overhaul three years ago. He said President Trump has indicated he will continue the program, citing a tweet in which he said the nation must “greatly strengthen and expand its nuclear capabilities.”

“But before we spend $1 trillion buying new and more capable nuclear weapons, it’s worth taking a step back and asking, what is all of that money bringing us?” Sechser said.

As far back as Presidents Harry Truman and Dwight D. Eisenhower, Sechser said, American leaders and academics have argued that nuclear weapons can be instruments of coercion as well as deterrence.

In contemporary debates, he said, the argument has been used “to justify very aggressive responses to nuclear proliferation, including the use of military force, to stop countries like Iran from acquiring nuclear weapons, and to argue against further nuclear cuts in the United States.”

Sechser said he tabulated 210 instances from 1918 to 2001 in which nations tried to coerce other countries, and found that nuclear states achieved their ends 20.4 percent of the time, while non-nuclear states had a 32.1 percent success rate.

“What this analysis shows is that nuclear weapons just don’t seem to be playing the big role in coercive diplomacy,” Sechser said.

The speakers argued that nuclear coercion does not work well because it lacks credibility: Target nations do not believe the aggressor nation will actually deploy the weapons, for reasons that include the likely international political consequences.

Fuhrmann said opposing scholars often claim nuclear powers can overcome the credibility problem by engaging in brinkmanship, through actions such as putting their nuclear forces on alert to “raise the risk of an accident or something catastrophic happening that will lead to a nuclear disaster.”

But Fuhrmann said that in actuality national leaders are not likely to want to take steps that would run the risk of an accidental nuclear war — and even if they did take such steps, there is no guarantee the action would be clearly understood by the target nation.

“In practice, foreign policy signals are garbled all the time,” he said.

Fuhrmann said an analysis he and Sechser undertook of actual episodes of nuclear brinkmanship since 1945 shows little evidence of usefulness. Of the 19 cases they documented, nine were unsuccessful because the nations engaging in the coercion did not achieve their ends. In the remaining cases those ends were realized, but Fuhrman said a closer look casts doubt on whether the brinkmanship played an effective role.

Applying their findings to the new U.S. administration, Fuhrmann said that Trump “seems to really embrace brinkmanship. He has said publicly multiple times that he sees unpredictability as an asset and that by cultivating a reputation for being capricious and unpredictable and a little bit crazy he can gain concessions from his opponents.”

While Trump hasn’t explicitly invoked nuclear weapons in that context, “it doesn’t take too much imagination to think that he might … believe that based on the logic of unpredictability, nuclear weapons would be useful for coercive diplomacy,” Fuhrmann said.

But Fuhrmann said history shows that it is “exceedingly dangerous to use nuclear threats to gain concessions … even if you embrace unpredictability. So the prospect of the United States gaining concessions because of its nuclear arsenal moving forward, we see as quite dim.”