Reviving the past, one revision at a time 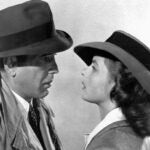 Bogie, Bergman, and the Brattle

Pulitzer Prize-winning fiction writer Jennifer Egan comes to Harvard on Monday to talk about her craft as part of the Writers Speak series at the Mahindra Humanities Center. Her 6 p.m. conversation at Paine Hall in the Music Building with fellow novelist Claire Messud, a senior lecturer in English, will cover Egan’s success with “A Visit from the Goon Squad” and offer a peek into her forthcoming historical novel, “Manhattan Beach.” In a Gazette Q&A she talked about honing her skills as an oral historian, writing her books by hand, and learning how to let a story live.

GAZETTE: It’s been almost six years since you published “A Visit from the Goon Squad,” which won a Pulitzer Prize and a National Book Critics Circle Award. Did you intend to take such a long break?

EGAN: I’ve been researching “Manhattan Beach” [due out in October], which is research-heavy and long, since 2005. It was a big undertaking. I would say the whole time, even while working on “Goon Squad,” I was researching this other book. It is set in the ’30s and ’40s, and I was interviewing people — women especially — who had worked in the Brooklyn Navy Yard, repairing and building ships during World War II. Many of those people have passed on even since my interviewing them. They were all in their 80s then. It’s amazing how hearty some people are. One of my more recent interviewees is a 94-year-old Merchant Marine engineer. In 2015, he was racing up and down ladders on a Liberty ship with me. He recently complained that he’s just had to get a cane. He’s bummed out about that cane. All I can say is: More power to him.

I also took some time off from writing and tried to capitalize on my good fortune with “Goon Squad” and reach as wide an audience as I could. I hadn’t had that opportunity before. I traveled to other countries as much as was feasible with kids at home — short, intensive visits in a number of places. I traveled in this country, too, trying to connect with and solidify an audience as much as possible. “Manhattan Beach” is so different from “Goon Squad” that I’m not sure I will carry all those people with me.

GAZETTE: In an interview with The Guardian in 2011, you talked about the challenge of writing a historical novel “in a way that’s more playful than just setting in the past.” How did you achieve that?

EGAN: Not in the way I’d envisioned, that’s for sure. After “Goon Squad,” I felt a certain pressure to be a “structural innovator.” But working on “Manhattan Beach” reminded me that structural innovation only really works when the story can’t be told any other way. And the material in “Manhattan Beach” repelled any trickiness that I tried to impose upon it. It convulsed under those impositions. The book required a more conventional telling than any I’ve employed in a while. I’d call it a noir thriller, if I had to classify it.

GAZETTE: You mentioned the elderly voices you interviewed for the book. Was there added weight in knowing your conversations with them would probably be their last opportunity to have their experiences, in some way, recorded?

EGAN: Well, in some sense that weight was formalized: I joined forces with the Brooklyn Navy Yard and Brooklyn Historical Society to help create an archive of Navy Yard workers’ stories. We were interviewing people for that specific purpose, and we recorded with really good equipment. There was an oral historian involved. My prior interviewing experience, which was extensive, had come from being a journalist. But I learned that interviewing for oral history involves a very different technique — it’s about getting the subject to tell their story in whatever form it takes, without trying to order or structure it in the moment. My mistake as an interviewer was that I kept trying to keep my subjects on track, rather than letting the track assert itself. The tangents were important, too. I feel like I sort of lost things, or cut them off, when I took the lead in some of those early interviews. But I tend to be self-critical; the bottom line is — it was a wonderful experience. And I did learn to shut up over time.

GAZETTE: Can you talk about the traveling you did for “Goon Squad”? Where did it take you — and what was the value in it?

EGAN: There was a real joy in meeting and interacting with people who had read the book. That was a thrill and a privilege. I had written other books, and although I had moved incrementally forward, this felt like a quantum leap that I never presumed I would make. Winning a prize is always a matter of luck: You’re lucky to have pleased the right jury at the right time. I got unbelievably lucky, winning the Pulitzer Prize, and yet the prize has this weird iconic quality that ends up obscuring its chancy underpinnings. It’s very poignant to think that someone else could have had that luck. It happened to be me. I never thought of myself as being especially lucky, and I assume I will never receive that kind of treatment again. I hope I can give other people that luck.

GAZETTE: How do you spread the luck?

EGAN: For one, I continue to blurb. Also, to encourage and help worthy writers whenever I can. I’m not really a teacher, but I have my eyes open and have tried to help people as much as I can. There are a couple of people I’ve mentored professionally, really tried to help guide through the process of getting published. Coming to Harvard, I love talking to younger writers because it’s another way I can try to help. I think it’s useful to know that anyone trying to write is in the same boat. We all have much more in common than we have differences. I try to communicate that as much as I can. These visits are about finding common ground rather than me dispensing wisdom from on high.

GAZETTE: Has your writing style evolved? Do you still write exclusively by hand?

EGAN: My first draft of “Manhattan Beach” was 30 legal pads, handwritten. That was rough. Typing it was dreadful. I made a bit of a change in my routine in the editing of that book. I used to never write on the screen, but with “Manhattan Beach,” I began to alternate between revising by hand and revising on the screen. I would see it differently. I don’t know if that will remain a permanent thing for me, but it moved the process along a bit — the book might have taken me even longer otherwise!

At the beginning, in my first drafts, I rely on my unconscious to cough up material. That doesn’t happen if I see everything on a screen in typeface. What seems to free me up is the physicality of handwriting — the act of doing it — and the indecipherable quality of my particular writing. Sometimes I actually can’t read it, and I lose things. Not being able to read what I’m writing, literally, makes the process mysterious. I need to allow it to unfold. Once I’ve typed the draft, which is hell, and read it, which is even worse, I come up with a clear and conscious outline. As a journalist, I write on a screen, but with fiction writing, when I leave behind my own life and thoughts, I need to enter a different creative mind.

GAZETTE: With “Goon Squad,” there was debate: Was it a novel or a collection of short stories? What is your advice on how to think about framing stories?

EGAN: In art as in life, categories are just concepts. “Goon Squad” actually did turn out to have a genre: It’s a record album in literary form. I didn’t realize that when I started working on it. When I was dividing it in half, there was Part 1 and Part 2, and I decided to call them A and B. I thought, “Ah, it’s a record album.” In general, I would urge people not to worry about categories. They’re not real, and they shouldn’t be reified into truths. The hardest thing is to write anything that has a pulse, that feels alive. My advice would be: Just try to do something good — God knows it’s not easy. Let the publisher worry about the category.

I should add, though, that I didn’t follow my own advice. I wouldn’t let them put “novel” on the hard cover of “Goon Squad.” That was a bad marketing decision. The book did very poorly the first several months, and I’m sure part of that was that it lacked a category. I’m reading George Saunders’ new novel [“Lincoln in the Bardo”], and it’s crazy and moving and strange. Who knows what it is, exactly? Who cares? If it’s alive, you know all you need to know about it. I wanted “Manhattan Beach” to be a tricky, raffish take on the historical novel, but the material died when I tried to manipulate it that way. I had to let it be what it wanted to be.

The Writers Speak series continues with Daniel Alarcón (“Lost City Radio,” “At Night We Walk in Circles”) and Francisco Goldman (“The Long Night of the White Chickens,” “Say Her Name,” “The Art of Political Murder”) visiting Sever Hall, Room 113, at 6 p.m. April 3.