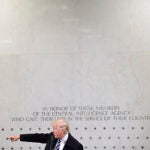 Some Syrian refugees in Jordan lack documentation, so they wait and wait

When human rights clinical instructor Anna Crowe first began documenting the legal challenges faced by Syrian refugees in Jordan, she found a tangled system that put their lives on hold. Thousands of refugees, stuck in legal limbo, were vulnerable to risks ranging from statelessness to relocation to refugee camps.

In Jordan, Syrian refugees must register with the interior ministry to obtain identity cards, which allow them access to health care, education, work permits, and humanitarian assistance. But to obtain the cards, the refugees need to show their original Syrian identity documents, which many lost in transit. They are caught in a catch-22.

“In theory, everyone or most people should be able to get the card,” said Crowe. “But there are practical challenges refugees face, which means that tens of thousands don’t actually have those cards.”

Lack of documentation is an aspect of the Syrian refugee crisis that doesn’t grab the same headlines as the harrowing scenes of people rescued from the rubble of a bombed city or drowned in the Mediterranean while fleeing to Europe. But the consequences for stranded refugees can be crippling.

Without legal status in Jordan, some refugees live in fear on the fringes of society, risking poverty and exploitation, or even deportation back to their war-torn country. If they don’t have documents that authorize them to leave a refugee camp, they’re stuck there. If they do leave camp without authorization, they cannot obtain work permits or access public health services or move freely. Especially vulnerable are Syrian refugee children who lack birth certificates, and are at risk of becoming stateless.

“Documentation is the gateway to a variety of human rights, rights to health, education, nationality, and so on,” said Crowe, who teaches at the Human Rights Program at Harvard Law School (HLS). “But by and large, documents give refugees a feeling of safety, a recognition that they’re allowed to stay there, and a proof of who they are.” 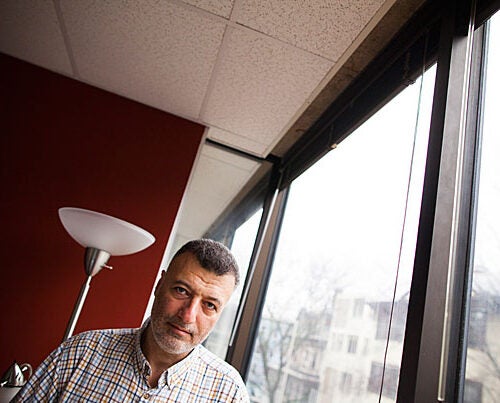 Hands of a healer, heart of a Syrian

Crowe, LL.M. ’12, traveled to Jordan with HLS students in 2015 and 2016 to document the situation for two reports done in collaboration with the Norwegian Refugee Council, a major humanitarian organization. Launched last November in Amman, the second report urged the Jordanian government and the United Nations High Commissioner for Refugees (UNHCR) to come up with new policies to regularize the legal status of the undocumented Syrians.

Of 515,000 Syrian refugees registered with UNHCR as living outside refugee camps, more than 370,000 have obtained identity cards from the interior ministry, but around 145,000 who should have the cards do not. An additional 17,000 refugees who have left the camps without authorization cannot be eligible to obtain identity cards.

There are too many obstacles for refugees to prove their legal status and not enough pathways to mitigate their plight, said Crowe.

While working on the report, Crowe listened to refugees’ stories. One family was stopped by the police and separated when the father was sent back to a refugee camp because he lacked documents. A pregnant woman used her sister-in-law’s documents to give birth in a hospital and received a birth notice under her relative’s name, placing the mother in a precarious legal situation. And if refugees are exploited or are victims of a crime, they may not contact the police because that could lead to deportation or being sent back to the camps.

Alexandra Jumper, J.D. ’18, one of the students who traveled with Crowe, said that working on the report gave her a close-up look at real-world problems. The report’s main contributions, Jumper said, involve mapping out the complex process for the refugees to obtain documents, offering recommendations, and putting human faces on the problem.

“The voices of refugees helped us explain the problem and the emotional and psychological toll that takes on people when you are in a country that is not your own, as a refugee, and you don’t have documentation,” said Jumper. “Maybe with this report, people might pay more attention to the refugee crisis and the way national policies can affect people’s lives.”