One stage, many stories 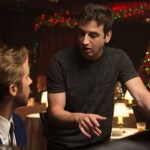 From Harvard to ‘La La Land’

In his 2015 Golden Globe acceptance speech for his role as a transgender father in the hit Amazon show “Transparent,” Jeffrey Tambor dedicated his win to the transgender community. “Thank you,” he said, “for letting us be part of the change.”

Now, New York-based writer and producer Paul Lucas is doing his own part to help speed that change with “Trans Scripts, Part I: The Women,” running at the American Repertory Theater (A.R.T.) through Feb. 5.

Jo Bonney directs the documentary theater piece, which features several transgender performers and is based on more than 75 interviews Lucas conducted with members of the transgender community in six countries. The goal of his 90-minute production, Lucas said, is to shine a light on the diversity of stories within the trans community as well as on individual struggles — and successes. 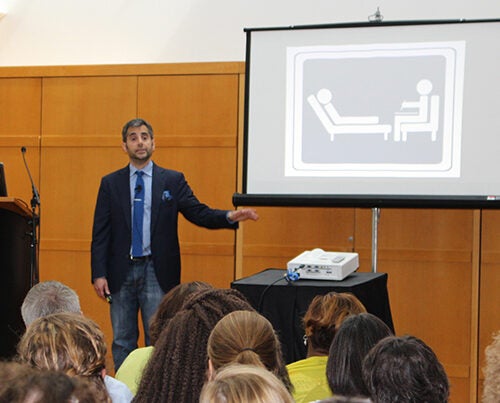 “It is not in any way didactic, it is not like a lecture on trans 101,” he said. “You just learn a lot about the trans experience and a lot of your preconceptions about what it means to be trans are just popped, one after the next.”

For many, efforts to shift attitudes about the transgender community have moved too slowly. Hollywood has helped, with projects such as “Transparent” and the films “The Danish Girl” and “Transamerica.” In 2014, Laverne Cox, known for her role in the acclaimed Netflix series “Orange Is the New Black,” became the first openly transgender person to grace the cover of Time magazine.

But the attention of filmmakers and show-runners has its limits. A report by the Human Rights Campaign said 2015 saw “more killings of transgender people than any other year on record.” And while transgender people can now openly serve in the military, the issue of transgender students who wish to use the bathroom of their choice has been met with opposition in some communities.

Acceptance has been difficult because the identity of a transgender male or female is so individual, observers say. The trans community ranges from people who consider themselves trans in their minds, said Harvard scholar Michael Bronski, to those who have had full sex reassignment surgery.

“I think that the real power of the trans movement is that it is so multifocal, it can be so many things,” said Bronski, a professor of practice in media and activism and the author of “‘You Can Tell Just by Looking’: And 20 Other Myths about LGBT Life and People” (2013).

“But I think that’s also where it’s going to face trouble. The multiplicity of trans identities makes it even more difficult to understand.”

Drawn directly from Lucas’ interviews, the show’s seven characters range in age and life experience, from an African-American and Latina trans woman in her late 20s who transitioned at 17, to a British gynecologist in her 70s who transitioned to a woman at 68.

Bianca Leigh plays Tatiana, who transitioned in the 1980s when there were no legal protections for trans men and women. Leigh, who is transgender, said that the message of “Trans Scripts” is ultimately uplifting. Leigh recalled telling the director of the show’s 2015 Edinburgh Festival Fringe premier that the audience needed to know “so many of us live happy, joyous lives, that we transition to something that can be lovely and beautiful.”

Both Lucas and Leigh said they hope viewers will leave the production with a better understanding of the trans — not to mention the human — experience.

Throughout the run of the show the A.R.T. will host moderated discussions following each performance with activists, students, medical professionals, artists, and scholars. For more information visit the A.R.T. website.