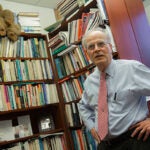 After working for a decade at the state-run television that endlessly exalted Cuba’s Communist government, journalist Jorge Olivera decided to burn the bridges behind him. He quit his job, and in 1993 sent his first dispatch to Radio Marti, the Miami-based station known for its opposition to the Castro regime, knowing all too well that his life would never be the same.

“I knew I was putting my head into the wolf’s mouth,” Olivera said in Spanish during an interview. “But I couldn’t live a double life anymore. I was sick of the abyss between the official truth and the reality.”

Olivera reported for the next decade on what he calls “the other side of Cuba,” with stories that disparaged the regime’s tight grip on Cubans’ everyday life. In response, he suffered a long string of retaliatory government attacks that culminated in his arrest in a 2003 crackdown known as the “Black Spring,” which imprisoned 75 alleged dissidents. Amnesty International described them as “prisoners of conscience.”

Charged with producing “enemy propaganda,” Olivera was sentenced to 18 years in prison, but in 2004 was released on health grounds following international pressure. In 2009, he was invited to come to Harvard as a visiting writer through the Scholars at Risk program, but the Cuban government didn’t give him permission to travel and return to his homeland until last year, a result of the thawing of relations between Cuba and the United States. 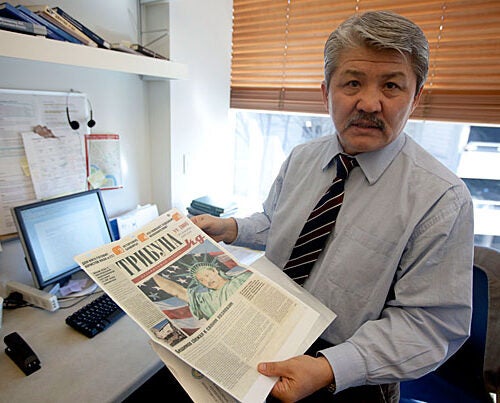 Program for imperiled scholars in peril

“The government wanted to release me if I left Cuba, but I refused,” said Olivera. “When I go back to Cuba, I know I’ll live with this sword of Damocles hanging over my head.”

Olivera’s sentence hasn’t been commuted, and he hasn’t been pardoned. He follows in the footsteps of other writers who have suffered the wrath of their governments and have been hosted by the Harvard Department of Comparative Literature as scholars at risk. Among them are Iranian novelist Shahriar Mandanipour, Afghan writer Qais Akbar Omar, and Cambodian author Tararith Kho.

Stephen Greenblatt, John Cogan University Professor of the Humanities and co-chair of the Scholars at Risk Committee, welcomed Olivera, who came to Harvard with additional support from the Department of English.

At Harvard, Olivera plans to devote his time to writing poetry and short fiction, both of which he discovered while serving his sentence in a high-security jail in Guantanamo province. From his cell, he could see the lights of the U.S. Navy base at Guantanamo Bay.

Olivera spent nine months of his prison time in solitary confinement, kept in a small walled-up cell with a hole in the ground for a toilet. To fight off the creeping feelings of loneliness that almost drove him mad, he read and wrote. “Literature was my refuge,” he said. Olivera has published four books of poetry and two collections of short stories, some of which have been translated into English, Italian, French, Polish, and Czech. His literary work addresses the life struggles of ordinary people in a state that stifles dissent.

His placid days in Cambridge stand in stark contrast to the life he and his wife of 20 years, Nancy Alfaya, led in Havana, where they faced police harassment, surveillance, and “acts of repudiation,” in which groups of citizens affiliated with the government hurl verbal attacks against those they see as traitors and “counter-revolutionaries.”

Such is the life of a dissident, said Olivera, whose father fought with Fidel Castro during the successful Cuban revolution but was later sent to prison after he became a critic of the regime. Raised in a family of modest means, Olivera went to Angola at age 19 as a Cuban soldier. After his return, he grew disenchanted with communism. In 1991, he tried to leave the island in a makeshift vessel but was caught by the authorities.

Twelve years later, in 2003, a squad of plainclothes government agents entered his building in old Havana, ransacked his home, seized his books, his family photos, and his old Royal typewriter, and took him to jail.

The couple now relish being strangers in a strange land, where nobody knows who they are. Alfaya is also a prominent activist for women’s rights and a member of “Ladies in White,” founded by wives and relatives of Cuban dissidents.

The two enjoy long walks around Cambridge, trying foods that in Cuba only tourists can afford, such as salmon, grapes, and strawberries, and binging on unrestricted Internet, which is still illegal in private homes there. “Sometimes we don’t sleep because we’re surfing the Internet,” said an amused Alfaya.

It’s a movie whose ending is uncertain. He plans to go home, but he could be sent back to prison for all he knows, and although he said he holds no grudges against the Cuban government, he remains committed to his work to make Cuba a democratic society.

“Life in Cuba offers neither hope nor future,” he said. “Only democracy offers the chance to hope for something better.”