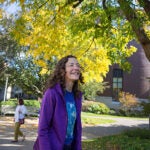 In a new study, Harvard University researchers find that more than 90 percent of potential new Canadian hydroelectric projects are likely to increase concentrations of the neurotoxin methylmercury in food webs near indigenous communities.

The research forecasts potential human health impacts of hydroelectric projects and identifies areas where mitigation efforts, such as removing the top layer of soil before flooding, would be most helpful. The works uses factors such as soil carbon and reservoir design to forecast methylmercury increases for 22 hydroelectric reservoirs under consideration or construction in Canada.

“The human and ecological impacts associated with increased methylmercury exposures from flooding for hydroelectric projects have only been understood retrospectively, after the damage is done,” said Elsie Sunderland, the Thomas D. Cabot Associate Professor of Environmental Science and Engineering at the Harvard John A. Paulson School of Engineering and Applied Sciences (SEAS) and the Harvard T.H. Chan School for Public Health and senior author of the study. “This paper establishes a prospective framework for forecasting the impacts of proposed hydroelectric development on local communities.”

The research is published in Environmental Science & Technology.

Microbes convert naturally occurring mercury in soils into potent methylmercury when land is flooded, such as when dams are built for hydroelectric projects. The methylmercury moves into the water and animals, magnifying as it moves up the food chain. This makes the toxin especially dangerous for indigenous communities living near hydroelectric projects because they tend to have diets rich in local fish, birds, and marine mammals such as seals. 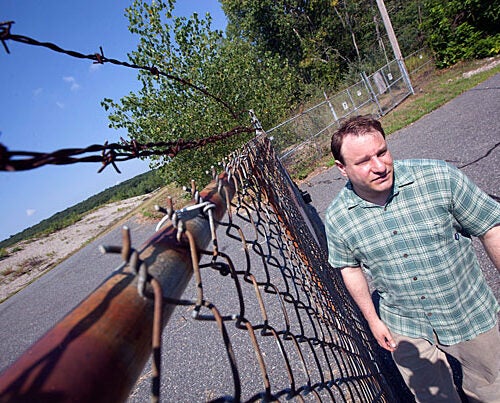 New book tracks its spread, as well as its effects in biology, chemistry, and public health

Sunderland and her team have been working in this region since 2012, conducting a multipronged investigation into how methylmercury accumulates in the ecosystem and how it may impact communities who rely on the ecosystem for food and resources.

To build the framework, the team collected extensive measurements of how different forms of mercury cycle through this ecosystem and formalized a mathematical model to forecast post-flooding methylmercury levels in the Churchill River and downstream estuary. They then used measurements of levels of methylmercury in the food web and unique chemical tracers to determine where each food item, such as salmon or trout, obtained its methylmercury to project levels of the toxin in different species of fish and wildlife. Finally, the team studied the diets and baseline methylmercury exposures of more than 1,000 Inuit who live on Lake Melville’s shore to understand how changes in their food would affect individual exposures.

“After collecting all of this information, we can rapidly see how all these people’s exposures will change with the increased methylmercury levels in local wildlife and who will be most affected in this population,” said Ryan Calder, first author of the paper and graduate student in the Sunderland Lab.

The team found that while there were large differences in exposure to methylmercury across the population, on average exposure to the toxin will double after the upstream area is flooded. While some people are still below the U.S. Environmental Protection Agency’s reference dose for methylmercury, any increase in exposure is associated with increased risks of cardiovascular disease and neurodevelopmental delays in children.

The people at the highest risk of mercury exposure are those who eat locally caught wildlife nearly every day, especially river fish, where the increase of methylmercury is expected to be highest. Pregnant women and children are especially at risk for health impacts of methylmercury.

“For a population that relies heavily on locally caught food, the increase in exposure is drastic,” said Calder. “We see substantial fractions of this population whose pre-flooding methylmercury exposure is at or below regulatory thresholds and post-flooding are pushed way above them without mitigation measures. What our study allows is time to consider mitigation measures that will reduce these potential exposures for the most vulnerable people.”

The team applied the prospective framework to the 22 other proposed hydroelectric sites in Canada, plugging in publically available, site-specific data. They found that 11 sites had methylmercury concentrations equal to or greater than those in Muskrat Falls.

“Our research suggests that low-impact hydroelectric projects are possible with careful site selection. Mitigation measures such as removing topsoil that provides the substrate for methylation in these ecosystems may need to be considered in areas where forecasted exposures are high,” said Sunderland. “This research opens the door to anticipating environmental impacts before the damage is done and moving forward with green energy alternatives in a manner that does not impose an unfair burden on nearby indigenous communities.”