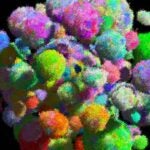 Colonial New Delhi had a cobra infestation. To get rid of it, the government offered bounties for dead cobras, inadvertently turning cobra breeding into a thriving business. When the government got wise and canceled the program, thousands of then worthless cobras were released into the city streets.

Today, the cobra effect means making a problem worse by attempting to solve it.

The amount of methylmercury, a potent neurotoxin, is especially high in Arctic marine life but until recently, scientists haven’t been able to explain why. Now, research from the Harvard John A. Paulson School of Engineering and Applied Science (SEAS) and Harvard T.H. Chan School of Public Health suggests that high levels of methylmercury in Arctic life are a byproduct of global warming and the melting of sea-ice in Arctic and sub-Arctic regions.

To mitigate global warming, many governments are turning to hydroelectric power. But, the research also suggests that methylmercury concentrations from flooding for hydroelectric development will be far greater than those expected from climate change.

The research, published in PNAS, began as a review of the environmental impact assessment for the Muskrat Falls hydroelectric dam in Labrador, Canada. In 2017, the dam will flood a large region upstream from an estuarine fjord called Lake Melville.

The communities along the shores of Lake Melville are predominantly Indigenous and rely on the lake as a primary source of food. One of these communities — and two-thirds of Lake Melville — is part of Nunatsiavut, the first autonomous region in Canada governed by Inuit. When the impact report predicted no adverse downstream effects on Lake Melville, the Nunatsiavut Government reached out to Elsie Sunderland, associate professor of environmental engineering and environmental health, for help.

Four years later, that initial review has morphed into a multi-pronged investigation that has led to important scientific discoveries about how methylmercury accumulates in the ecosystem and how it will impact communities who rely on the ecosystem for food and resources.

Sunderland and her team — including lab manager Prentiss H. Balcom and postdoctoral fellow Amina Schartup, the paper’s first author — made their first trip to Happy Valley Goose Bay, along the western shores of Lake Melville, in 2012. There, they took a 10-day journey across the lake on a fishing boat to measure baseline methylmercury levels.

The boat was called, “What’s Happening” — which was exactly the question Sunderland and her team asked when the results came in.

“We found more methylmercury in the water than our modeling could explain,” said Schartup. “All of the methylmercury from the rivers feeding into Lake Melville and from the sediment at the bottom of the lake couldn’t account for the levels in the water. There was something else going on here.”

The team noted that the concentration of methylmercury in biota — the plankton — peaked between 1 and 10 meters below the surface.

These findings closely matched findings from the central Arctic Ocean. The question was why was there such a high concentration of methylmercury in biota in both systems?

The answer lay in the eating habits of plankton.

When fresh and salt water meet — in estuaries or when sea ice melts in the ocean — salinity increases as water deepens. This stratification allows fluffy organic matter that typically sinks to the bottom to reach a neutral buoyancy — meaning it can’t float up or down in the water column. This layer, called marine snow, collects other small settling debris and concentrates it into a feeding zone for marine plankton. The bacteria stuck in this zone are performing a complex chemical process that turns naturally occurring mercury into deadly and readily accumulated methylmercury.

The primary species of zooplankton in the Arctic and sub-Arctic are not picky eaters. Attracted to this layer of marine snow, the zooplankton go on a feeding frenzy that can last several weeks. In this time, methylmercury produced by the bacteria accumulates in biota and magnifies as it works its way up the food chain.

“This system is incredibly efficient at accumulating methylmercury,” said Schartup.

This same system can be extrapolated to the Arctic, where freshwater from melting ice is mixing with salt water, Schartup said.

If this system is already a pro at magnifying methylmercury, what happens when methylmercury levels increase due to reservoir flooding upstream?

“Prior to saturating the cores, we removed the litter layer and surface vegetation, which is known to decrease methylmercury levels, ” Sunderland said. “The development company is planning to clear most trees but not the litter layer or vegetation from the flooded area. Without clearing that, the actual pulse of methlymercury to the Lake Melville ecosystem may be much greater.”

What does that mean for the Inuit who rely on the lake for food?

“It would be devastating,” said David Wolfrey, a conservation officer from Rigolet, a Nunatsiavut community on the far eastern edge of Lake Melville.

Rigolet is home to about 300 people. There aren’t any paved roads, only gravel crunching under the tires of the ubiquitous pickup. There used to be snow and ice through May. Now, most of the snow is gone by April.

Wolfrey gets most of his food from the lake, fishing for salmon, trout and rock cod, and hunting seals. And he is not alone. Nunatsiavut means “our beautiful land” — the land and its resources are an integral part of Inuit life, culture and economy. ‘Country food’ is one of the few affordable foods in the remote community where subsidized eggs cost as much as $5 a dozen, milk costs $20 a gallon, and frozen turkey, $50.

The Nunatsiavut Government is lobbying Nalcor Energy, the provincial energy corporation behind the development, and the Provincial and Canadian governments, to mitigate the downstream effects of the hydroelectric plant.

“Any kind of contamination is going to disrupt how we live as Inuit and impact our health and lifestyle,” said Sarah Leo, president of the Nunatsiavut government. “We need more research to understand the downstream effects and we need to develop strategies to mitigate those effects. How can companies cut down on contamination? How are we, as a community, going to adjust our lifestyle if we can no longer live off the land? These are all questions we need answered before flooding.”

“Scientists have a responsibility to understand and explain how environmental systems will react before they are modified,” Schartup said. “Because once the damage is done, you can’t take it back.”