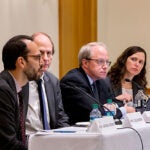 Trump and the law

“I generally come in at least 15 minutes late … After that, I sort of space out for an hour. I just stare at my desk, but it looks like I’m working. I do that for probably another hour after lunch, too. I’d say in a given week I probably only do about 15 minutes of real, actual, work.”

For those lucky enough to find a career doing what they love, work is a daily joy that challenges the mind and stokes the flames of passion. But for too many, work can feel like a transactional necessity, a soul-crushing exchange of time, effort, and freedom for a paycheck.

According to a 2015 Gallup Poll, 68 percent of employees said they didn’t feel engaged at work, a figure that’s held steady for well over a decade. But typically, when people join an organization, they’re excited and eager to dive in. So what grinds the honeymoon down and turns it into an ordeal?

“I hear a lot of people saying, as soon as they get in, they feel the pressure to conform” to company culture and norms, said Francesca Gino, a Harvard Business School professor who studies workplace behavior and wondered why employees became disenchanted with work.

To conform, many employees deliberately or unconsciously express emotions, offer opinions, or agree with ideas that appear popular, even if they’re not accurate reflections of their true selves. Or they may go along with prevailing notions and standards without questioning the status quo to seem like agreeable “team players.”

In the short term, fitting can seem appropriate, easing what can be an unnerving transition into a new environment. But Gino’s research suggests that tamping down individuality triggers feelings of inauthenticity. Over time, that can create anxiety that leaves people unenthusiastic and uncommitted to their jobs.

Ultimately, that can prove detrimental to employees and employers alike. Disengaged workers experience higher levels of boredom and stress, which can lead to burnout and greater staff turnover. Job performance also tends to suffer. Productivity, innovation, and creative thinking decline as complacency sets in and commitment to the company wanes, a distinct business disadvantage. 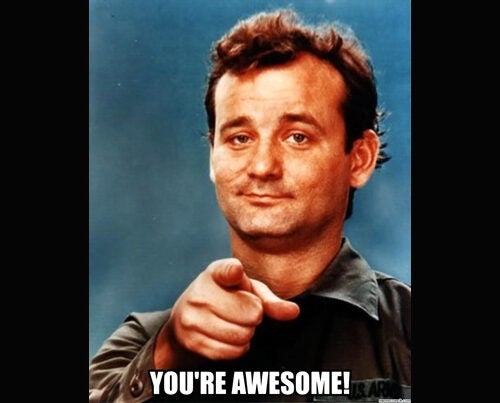 “There are good reasons for why people do it, and yet we don’t realize that it’s costly,” said Gino, who conducted fieldwork and case studies of maverick restaurants, investment firms, and manufacturers around the world that embrace what she calls “constructive nonconformity.”

While most businesses say they want engaged workers or will hire “new blood” to bring fresh perspectives, few give more than lip service to the importance of creativity and fresh ideas. Leaders worry that if staff freely express themselves or are allowed to handle decisions or situations on their own, quality and other institutional standards may decline or productivity could lapse because workers will prioritize their own needs ahead of the organization’s.

“Instead, it’s just the opposite,” said Gino. “When you give people the opportunity to be who they are more often, rather than checking themselves at the door when they come into work in the morning, they actually bring out the best in themselves.”

“Small wins are important,” she said. Tweak existing protocols and then test them to see if they deliver positive results. “Often, the best way of driving big changes at the top is to have good evidence that small changes and a different approach toward work can have meaningful impact.”

Other helpful interventions include:

There’s no one-size-fits-all approach, Gino says, but every industry and company can find ways to benefit from being flexible and nonconformist. The most successful organizations try to strike a thoughtful balance between freedom and structure, and executives or managers have clearly defined what’s fair game to tweak and what’s not.

Urging employees to be more authentic doesn’t mean lowering expectations, eliminating rules, or letting workers show up to the office in pajamas, she cautioned.

“You want people to be good in executing, but you also want people who … don’t take procedures and traditions for granted, but ask, ‘What if they were to be different?’ Because that’s what leads to innovation, and that is also what leads you to stay engaged,” Gino said.