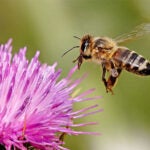 “Black Man Given Nation’s Worst Job.” That was how The Onion famously announced Barack Obama’s election as president in 2008.

Rather than a feel-good story trumpeting the historic occasion, the satirical publication sarcastically detailed the economic and political mess Obama would inherit (and be expected to mop up) from his first day in office. It was an unexpected and cheeky inversion of the day’s events played for laughs, that also highlighted the sobering reality the nation still faced even after the momentary celebration was over. Implicit, too, was the worry that the ascendancy of an African-American man to a previously unattainable position of global power might turn out to be a hollow victory.

Despite being the lingua franca of the Internet, sarcasm isn’t known as a sophisticated form of wit or a conversational style that wins friends. From the Greek and Latin for “to tear flesh,” sarcasm has been called “hostility disguised as humor,” the contempt-laden speech favored by smart alecks and mean girls that’s best to avoid.

“To create or decode sarcasm, both the expressers and recipients of sarcasm need to overcome the contradiction (i.e., psychological distance) between the literal and actual meanings of the sarcastic expressions. This is a process that activates and is facilitated by abstraction, which in turn promotes creative thinking,” said Gino via email.

While practitioners of sarcasm have long believed intuitively that the “mental gymnastics” it requires indicate “superior cognitive processes” at work, the authors say, it hasn’t been clear until now in which direction the causal link flowed, or that sarcasm boosted creativity in those receiving it, not just those dishing it out.

“Not only did we demonstrate the causal effect of expressing sarcasm on creativity and explore the relational cost sarcasm expressers and recipients have to endure, we also demonstrated, for the first time, the cognitive benefit sarcasm recipients could reap. Additionally, for the first time, our research proposed and has shown that to minimize the relational cost while still benefiting creatively, sarcasm is better used between people who have a trusting relationship,” said Gino.

“Those in the sarcasm conditions subsequently performed better on creativity tasks than those in the sincere conditions or the control condition. This suggests that sarcasm has the potential to catalyze creativity in everyone,” said Galinsky via email. “That being said, although not the focus of our research, it is possible that naturally creative people are also more likely to use sarcasm, making it an outcome instead of [a] cause in this relationship.”

Of course, using sarcasm at work or in social situations is not without risk. It’s a communication style that can easily lead to misunderstanding and confusion or, if it’s especially harsh, bruised egos or acrimony. But if those engaged in sarcasm have developed mutual trust, there’s less chance for hurt feelings, the researchers found, and even if conflict arises, it won’t derail the creative gains for either party.

More work needs to be done to better understand how the tone and content of specific kinds of sarcasm — such as sarcastic criticism, sarcastic compliments, and sarcastic bantering ― affect communication in relationships as well as the cognitive processes of individuals, Huang adds.

“We hope our research will inspire organizations and communication coaches to take a renewed look at sarcasm,” said Gino. “Instead of discouraging workplace sarcasm completely as they have been doing, they could help educate individuals about the appropriate circumstances under which sarcasm can be used. By doing so, both the individuals involved in sarcastic conversations and the organizations they belong to would benefit creatively.”