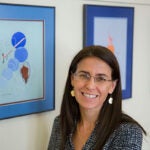 A tension as old as the country

As the highly charged presidential election nears on Nov. 8, voters in some states may find it more difficult to cast their ballots. According to the Brennan Center for Justice, 14 states will have new voting restrictions in place, ranging from photo ID requirements to early voting cutbacks to registration restrictions.

Proponents of voting restrictions argue that these are common-sense measures aimed at preventing fraud (despite studies that show voter fraud is extremely rare), while critics charge that the restrictions are politically motivated to suppress turnout, particularly among minorities.

To examine the debate in historical perspective, the Gazette spoke to Alex Keyssar ’69, Ph.D. ’77, the Matthew W. Stirling Jr. Professor of History and Social Policy at Harvard Kennedy School (HKS) and author of “The Right to Vote: The Contested History of Democracy in the United States.” In a question-and-answer session, Keyssar — who is currently teaching the HKS course “Voting Rights and Electoral Policies” — discussed the history of such rights, the potential impact of restrictions at the polls in November, and what can be done to improve the electoral process to make voting more accessible.

GAZETTE: When and why did the movement toward more restrictive voting laws begin?

KEYSSAR: It has multiple origins. There’s a small but real origin in the late 1990s as a reaction to the passage of the National Voter Registration Act, aka the “motor voter” bill. I think the big impulse came from the 2000 election and the realization that every vote does count, as well as the [recognition of] what were perhaps intentional or perhaps inadvertent acts of voter suppression in Florida. Then Georgia and Indiana passed voter ID laws, which opened the door. The Republicans losing the 2006 congressional elections and [Barack] Obama’s election in 2008 provided more impetus to it, and Republicans focused very strongly on winning the state legislatures. That’s where it really picked up.

There’s no disguising that this is partisan legislation, especially on the voter ID issue. The voter ID laws have almost invariably been passed by straight-line party votes. In the case of the Indiana law, which was one of the first, all the Republicans voted for it and all the Democrats voted against it. The rationale was to prevent the commission of in-person voter impersonation fraud, even though there was no record that that crime had ever been committed for 50 years in Indiana. Talking about the myth of voter fraud, I think there are a lot of people who do believe it, but it’s linked in uncomfortable and disturbing ways with a notion that people of other races and ethnicities may be particularly prone to committing voter fraud.

GAZETTE: In 2013, the Supreme Court’s decision in Shelby County v. Holder effectively invalidated the “preclearance” provision of the Voting Rights Act, which required states and counties with a history of voter suppression to obtain federal approval for any changes in voting procedures. How has the court’s decision changed the electoral landscape?

KEYSSAR: [Supreme Court Associate Justice] Ruth Bader Ginsburg’s famous line was that getting rid of preclearance was “like throwing away your umbrella in a rainstorm because you are not getting wet.” There’s no greater proof of that than the fact that within about three hours of the decision in Shelby County, Texas, declared it would implement a law that had previously been turned back. And then a whole bunch of other states jumped on.

The genius of the preclearance provision was that it anticipated that once African-Americans were enfranchised, there would be efforts to strip them of their political power using other devices. In the states that had been covered by Section 5 of the Voting Rights Act, the Department of Justice and the federal courts had been turning back voting laws. And other states were deterred from even thinking about it.

GAZETTE: In your book, you describe the history of the right to vote as “a record of slow and fitful progress … that was hard-won and often subject to reverses.” Can you put today’s voting environment in context with this historical push and pull?

KEYSSAR: This is not unprecedented. In the two-steps-forward, one-step-back history of voting rights, there are a lot of micro and state stories. The most macro example is what happened in the South in the late 19th century after the 14th and 15th Amendments enfranchised African-Americans, with the majority of the black population subsequently being denied the right to vote. But during the same period in the North, there was a significant tightening of procedural laws and constitutional requirements aimed mostly at poor people and immigrant workers. You started getting literacy tests, not just in the South but in the North. Massachusetts passed a literacy test. New York passed an English language literacy test in 1921. You started getting much more complicated registration laws, which in some cases required people to register every year, usually only if they lived in large cities. You started seeing requirements to bring proof of citizenship to the polls. It was done in the name of preventing corruption, and I think that was perhaps a real goal, but it was accompanied by a desire to minimize the influence of certain kinds of voters.

The parallel to the present is instructive. When you look at what was happening during the late 19th century, it was a reaction to the empowerment of the black population in parts of the South and the increasing political activity resulting from a very large wave of immigration. And where are we now? We have the achievement of political power by segments of the African-American community, and we have large-scale immigration again of a sort not seen in a century. I think those factors shed light on what is making this so edgy and so contested again.

Let me also make a distinction between disenfranchisement and voter suppression. When I think of disenfranchisement, I think of it as the kind of action for an individual or a class of individuals that basically says you no longer have the right to vote. Whereas suppression is more on the order of putting obstacles in your path, which could be overcome with more or less difficulty. What’s going on now is mostly a matter of suppression — and for a lot of people, it’s making it close to impossible to vote.

GAZETTE: How do you expect voting restrictions to affect turnout in November?

KEYSSAR: The answer is that we don’t know. The best estimates predict participation of affected people — minorities, young, old — could be down from 4 to 5 percent to as much as 8 to 10 percent. Turnout bobs up and down all the time. If turnout increases or decreases by 2 percent, there are a lot of factors that could be causing that, so it’s very hard to tease out the impact. It’s going to be hard to figure it out even after the election.

GAZETTE: Donald Trump’s inflammatory rhetoric about a “rigged” election and his recruitment of “Trump election observers” to watch the polls have raised fears of voter intimidation. At the same time, the Department of Justice will be deploying fewer election monitors as a result of the Shelby County decision. Are you concerned about voter intimidation at the polls?

KEYSSAR: Yes. I don’t want to be too alarmist, but there is a history of voter intimidation in a lot of places. I’ll be surprised if we don’t see some incidents, but I doubt that it will be very widespread. The Machiavellian scenario would be to provoke enough chaos to then declare that the legitimacy of the election was under a cloud. The seeds have been planted. Whether the results will permit such an interpretation remains to be seen.

GAZETTE: Is the future of voting rights more likely to be decided by Congress or the courts?

KEYSSAR: I think that if Hillary Clinton is elected and if the Senate permits confirmation of Merrick Garland or some other Democratic nominee, there’s a considerable likelihood that you’ll see strict voter ID laws appealed to the Supreme Court and that the court will trim the most draconian of these laws in some ways, as the appeals courts have started doing. My guess is that voter ID requirements in most places are here to stay; it’s a question of who’s responsible for making sure everyone has an ID. Most countries use some sort of ID requirement, but they don’t make it really difficult for a lot of people to get ahold of an ID.

If the Democrats win the presidency and both chambers of Congress, I think you’ll see congressional action on something like a new version of the Voting Rights Act. You might even see some movement toward a federal mandate for automatic registration. But I don’t think anybody is going to spend a whole lot of time and energy on that unless they think they have a chance of getting it through. At the extreme end, there is a constitutional amendment proposed by Reps. [Mark] Pocan and [Keith] Ellison to put a right to vote in the Constitution. That could be given more impetus if there’s a lot of funky stuff that happens in this election. I’ve been an advocate of a constitutional amendment since 2000, but I’m not optimistic about that.

KEYSSAR: I think people want to make voting less contested and more of a routine, even celebratory public ritual. One major change would have to do with money in elections and somehow bringing that under control. I also think that nonpartisan districting commissions are essential. Partisan gerrymanders, as well as racially tinged gerrymanders, almost certainly have a more distorting effect on the expression of the will of the people than voter suppression does. Take North Carolina as the quintessential example. The popular vote in North Carolina for the state legislature and members of Congress for the last several years has been pretty much evenly split, but the seats are overwhelmingly Republican. And that matters. That’s how the Republican legislature got to put together its voting laws.

I would put getting rid of the Electoral College and going to a national popular vote fairly high up on my roster. Having elections on Sundays or a holiday, or declaring Election Day to be a holiday, would be a very positive step. Greater federal involvement in the creation of something that looks like a preclearance provision for places that are recurrent abusers is also necessary. That’s about the half dozen things that I would start with. If we can get all that done, we will have had a good year!

The last thing I would say is that we ought not be surprised that there are these ongoing conflicts and challenges. Democracy isn’t a fixed set of institutions; democracy is an ongoing project. And if you think of it in those terms, then you expect there are going to be challenges, and you recognize that maintaining it is always going to take work.