Some advice for freshmen 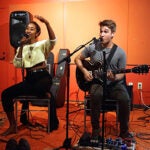 A sophomore tells them what he knows, and ponders what he’s learned

“Which extracurriculars should I join?”

These are a few of the questions I encountered over the course of my week as a leader for the First-Year Urban Program (FUP), one of the five pre-orientation programs offered to incoming freshmen at Harvard. While at times the ceaseless barrage of queries asked by my FUPpies (read: first-year students participating in FUP) was wearying, ultimately addressing them was much more than the fulfillment of a job description. It became a source of pride.

I came to recognize that in these initial moments on campus, my answers had particular consequence. They had the ability to shape how my FUPpies, the newest members of the Harvard community, would perceive this place they would call home for the next four years. So as a designated mentor both for FUP week and beyond, I approached my duty of elucidating the mysteries and debunking the myths of Harvard with reverence.

I suspect I was so receptive to my FUPpies’ questions in part because I could readily recall being just as inquisitive and disoriented when I was in their place a year ago. Harvard, its huge campus, organizational structure, and course catalog can appear overwhelmingly labyrinthine, and so much is left out of informational pamphlets and admissions tours. As a result, I wore my ability to respond at least adequately to my FUPpies’ questions as an invisible medal of sorts, a recognition of my own growth and achievement since I came to this University. I felt good knowing that returning for my sophomore year already knowing the ropes necessary to thrive in day-to-day life here at was its own accomplishment.

But, more importantly, I think I was so eager to entertain my FUPpies’ questions because I suspected that, despite their relative simplicity, they were the tip of a vast iceberg of nebulous concerns, a benign façade to hide complex and seemingly unconquerable anxieties:

“Will I make friends?”

“How do I deal with homesickness?”

“How do I fit into a community?”

“Will I be accepted here?”

“How do I stay close to the friends I’ve left behind?”

“Will I be able to handle the stress?”

“When will Harvard become a home?”

These, at least, were the most pressing questions on my mind as I prepared to come to College last year. Meeting these new freshmen reminded me of the timid, insecure 18-year-old who, terrified by the prospect of leaving the only friends he had ever known, had cried during their last beach outing of summer.

As disclaimer, I cannot pretend that I have found closure in all or even most of the aforementioned areas. As I think is the case with most incoming College students, in my freshman year I had some of my highest highs and my lowest lows. Winter was especially difficult — and not just because I am a Californian. Second semester presented me a host of struggles, from endless amounts of reading to a fragmented social scene to incessant insomnia. As a result, I quickly learned one of the most important lessons that many incoming students eventually discover, that Harvard is not necessarily idyllic. This is not to diminish the many remarkable aspects of this place — the unrivaled resources, the brilliant and diverse student body, the storied history and traditions — but for a variety of reasons, structural and personal alike, Harvard can at times be a difficult place for a young student to call home.

And yet I believe I have come to a more stable place. My trials have made me stronger. Somehow, that timid, insecure freshman with watery eyes became a less timid, less insecure, and certainly less tearful sophomore now filled with optimism for the school year rather than fear. He gained confidence in his own abilities after an academically and extracurricularly successful freshman year. He found community in his new College friends, who ended up being more thoughtful and caring than he ever could have expected. With these assets at his side entering his sophomore fall, he feels more and more at home at Harvard every day.