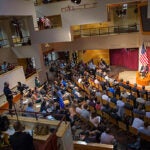 So you’ve won a Nobel Memorial Prize — what do you do next?

For Professor Oliver Hart, who with MIT colleague Bengt Holmström won this year’s economics Nobel for contributions to contract theory, the answer lies in new research on an old question — what should the goals of a public company be?

Many scholars subscribe to famed economist Milton Friedman’s argument that companies should concern themselves only with profits and allow shareholders to make up their own minds on which causes to support with dividends.

But in a new paper, which was just completed on Friday, Hart and colleagues challenge that idea.

“What Friedman said is firms should act on behalf of shareholders,” Hart says. “They want to make as much money from the firm as possible, and they may be nice people, so they can spend that money in nice ways.” 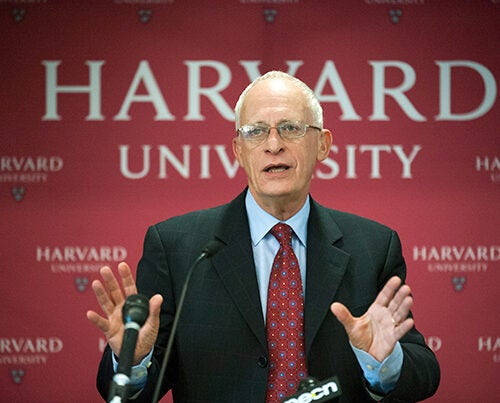 Under that theory, he said, it would be wrong for a corporation to donate money that would otherwise be paid as dividends, because doing so would strip shareholders of the opportunity to spend the money as they see fit.

“What you don’t want is some corporate executive to say, ‘I’m not going to give you a dividend, I’m going to spend this on some charity,’” Hart said. “Friedman believed that was wrong because it was the shareholders’ money, so they should be able to spend it on the charities they like.”

But under certain circumstances, Hart’s team found, that argument fails.

As an example, he pointed to a company that might face the choice between a highly profitable but dirty technology and a less profitable green option.

“We are sticking with the idea that the company should act on behalf of shareholders,” he said. “The easiest way to understand what shareholders want is to ask. If they could vote on this choice, would they necessarily vote for the dirty technology? We say no, because in their own lives they may care about the environment. So, given that choice, they may choose the green technology.”

While those who agree with Friedman would argue that shareholders could invest in green technology themselves, the issue, Hart said, is that the profits and pollution are inextricably linked.

“Think of a company like BP drilling an oil well. A shareholder, no matter how small or large, cannot undo that. You can’t reverse it,” he said. “The firm is in the unique position to create or not create the pollution, therefore it’s at that level that the decision should be made.”