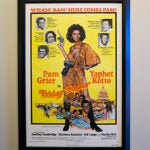 Pediatric physician Lisa Wong said that the connection between medicine and music is not new, but has existed for centuries. Wong, a violinist and past president of the Longwood Symphony Orchestra (LSO), was speaking before a full house at the Harvard Ed Portal on Sept. 28.

In explaining the medicine and music connection, Wong, who is also an assistant professor of pediatrics at Harvard Medical School (HMS), offered the story of Theodor Billroth, a 19th-century surgeon.

Practicing and teaching at the University at Vienna, Billroth’s work was “methodical, meticulous and bold”; in fact, two modern medical procedures used in abdominal surgery still bear his name. But in addition to bringing his medical expertise to Vienna, the trained concert pianist and lover of music also brought his friend, composer Johannes Brahms.

“Billroth persuaded Brahms that Vienna was the world capital for both medicine and music,” she said. “By day, Billroth would invent life-saving procedures, write articles, and collaborate with his colleagues and medical students. By night, he would compose his own works, write musical reviews, and hold salons at his home to play Brahms’ newest works, critique them, and help Brahms perfect his music before it was published.”

Today, Wong said, the dawn of cross-disciplinary fields such as neurologic music therapy, the therapeutic application of music to cognitive, sensory, and motor dysfunctions, show the worlds of music and medicine becoming ever more closely aligned.

Wong and other panelists, all performers in the LSO, a volunteer symphony orchestra mostly comprised of members from Boston’s medical community, were on hand for a presentation titled “Leadership: Finding Your Voice in Music & Medicine.” The event was part of the second annual HUBweek, a weeklong festival celebrating education, science, and technology throughout Greater Boston.

For all the panelists, music and medicine have a symbiotic relationship that improves their public speaking, listening, and communication skills, whether onstage or in the operating room.

“I was really shy when I was little, and I think that the violin helped me to find my public voice,” said Terry Buchmiller, a pediatric surgeon at Boston Children’s Hospital and a violinist with the LSO. “It helped me learn how to step in front of a crowd, learn how to speak out.”

Buchmiller added that the listening skills that are so key to musical performance also apply in today’s operating room.

“When I started, the operating room was an inner sanctum: you, as the surgeon, led your team,” she said. “But now, we’re going to a collaborative model of shared leadership. So everyone is an equal team member, but you still need to lead your team.”

Mark Gebhardt, chief of orthopedics at Beth Israel Deaconess Medical Center, professor of orthopedic surgery at HMS, and clarinetist with the LSO, agreed, saying music and medicine both command the highest levels of communication.

“We’ve had to change that. You have to learn systems of communication so you work effectively as a team,” he continued. “It’s often like what my mother used to say, ‘Look and listen.’ That’s what happens in musical performance, too: You’re looking at the sheet music and at the conductor, but you’re also listening to the other performers and giving each other cues.”

Allston-Brighton resident Tim McHale, executive director of the Boston Minstrel Company, a volunteer organization that has produced musical programs for the homeless, elderly, and imprisoned throughout Greater Boston for more than two decades, said the presentation proved the transformative power of music.

“I lead a group of 100 volunteers who all believe in the idea of healing and music,” McHale said. “What I liked about their idea of leadership in medicine and music — values like listening, teamwork, empathy, communicating — it’s not surprising that people respond to it. It’s all about connection and bringing happiness into the moment.”