Want to thwart criminals? Take away their cash 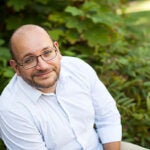 In his latest book, “The Curse of Cash,” Ken Rogoff, the Thomas D. Cabot Professor of Public Policy, argues that the elimination of big bills could help stem crime and even aid countries trying to rebound from financial collapse. In a Q&A with the Gazette, Rogoff, also a professor of economics, outlined the reasoning behind what he calls a “less-cash society.”

GAZETTE: What is the main premise of your book?

ROGOFF: Let’s start by clarifying that my plan aims for a less-cash society, not for a cashless society, which I think would be a mistake into the foreseeable future. I would start by eliminating large notes — the $100 bill, the $50 bill — but envision eventually, after perhaps 15 years, also phasing out the $20 bill. The large notes do much more to facilitate crime and tax evasion than they do to facilitate legal commerce and retail transactions. This fact is a dirty little secret among central banks and treasuries, and has been for a long time.

GAZETTE: How do such large notes facilitate crime, and how will their elimination help curtail that criminal activity?

ROGOFF: The big bills are just a lot easier to hoard, hide, store, conceal, count, and carry. A million dollars in $100 bills fits into a briefcase, and weighs only 22 pounds. With $10 bills, you would need full-size suitcase to cram in a million dollars and it would weigh 220 pounds. Hoarding and hiding large wads of cash also becomes proportionately higher. That sounds very crude, but it’s a big deal. The big bills are a tremendous convenience for large-scale criminal enterprises, but unimportant for most ordinary retail transactions. “Breaking Bad” captured the issues rather well.

‘In the not-too-distant future, smartphone payments systems will be as ubiquitous as debit cards today and as long as cellphone towers have backup, they can still work.’ — Ken Rogoff

GAZETTE: You mentioned tax evasion. How will eliminating these big bills help the Internal Revenue Service?

ROGOFF: It is quite common to convert cash receipts on which taxes were never paid into large bills that can easily be hidden and stored. Large bills are also used for large-scale payments of “off-the-books” transactions. The IRS estimates around 15 percent of taxes on the federal level are never paid, adding up to perhaps $500 billion per year. State and local tax evasion is harder to estimate, but might add another $200 billion. The situation in Europe is almost surely worse; taxes are higher and tax compliance is lower.

GAZETTE: What would the process look like for getting rid of big bills and how long would it take?

ROGOFF: I have in mind 10 to 20 years, once the process gets going. It needs to be done slowly in case there are unintended consequences, though I try to anticipate a lot of the issues in the book. For example, one might worry that if, in the extreme, all paper currency were literally eliminated, the central bank might have difficulty controlling the price level because suddenly all government debt is electronic and starts to look the same. As I explain in the book, there is a good reason to believe this won’t happen, and it is one reason of several that less cash is better than cashless.

GAZETTE: How would your proposal address the issue of low-income earners who might not use a bank account?

ROGOFF: I think it’s important to provide for financial inclusion, just to make sure poor and very-low-income earners are not adversely affected. We need to provide free debit accounts, someday smartphones, to low-income individuals. There’s a very simple way to do that, which I discuss in the book, which the Nordic countries have done and a lot of other countries are considering. The fastest way to get going is to start by giving free debit accounts to all poor and low-income earners who receive transfers from the government [Social Security payments, unemployment insurance, etc.]. It would not cost much, and the government would save a lot on issuing checks.

GAZETTE: What would happen in a “less-cash society” if there was some sort of meltdown of the digital systems that enable the modern, plastic banking system?

ROGOFF: The main point is that I am leaving $10 bills around, and according to the surveys most people don’t have more than $100 or $200 in cash anyway. In the not-too-distant future, smartphone payments systems will be as ubiquitous as debit cards today and as long as cellphone towers have backup, they can still work. Anyway, [in a disaster] ATM machines might not work, nor will electronic cash registers in supermarkets that lack backup. And if they have backup, they can probably process bank cards. Most disaster-planning manuals also mention using checks in a crisis. 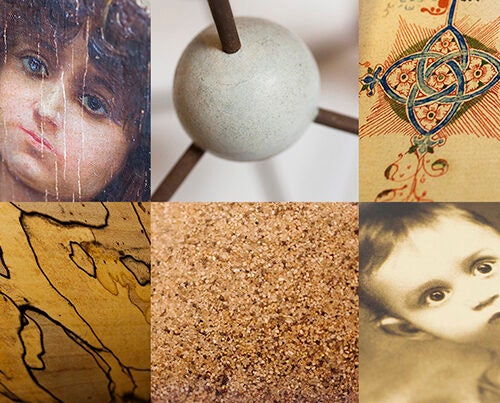 For Harvard professors, these are a few of their favorite things

GAZETTE: How do you weigh concerns about the privacy that cash affords with the need to better adhere to laws and regulations in order to cut down on crime and tax evasion?

ROGOFF: My plan aims to strike a balance between the individual’s right to privacy and the government’s right to tax, regulate, and enforce laws. If you want to spend $1,000, it takes only 100 tens. Frankly, once in a great while, you can easily do a $100,000 purchase. If it’s important to you, it will be absolutely doable. But for large-scale criminal enterprises and people who engage in wholesale tax evasion, it will be a major inconvenience; right now, the government makes their lives too easy.

Admittedly, I get a lot of the pushback from people who use cash to avoid paying taxes, and resent any suggestion that they should pay their fair share like everyone else. “The government will just waste the money.” Maybe, but a better way to look at it is that when one group is avoiding taxes, other people have to pay more. Lastly, a lot of people think criminals can just substitute into other transaction media like gold, uncut diamonds, or cryptocurrencies. But none of these alternatives is remotely as liquid as cash, and having to use them to do all your business is costly. People engaged in crime and tax evasion want to spend their incomes like everyone else, and as long as the government is vigilant in regulating alternative anonymous transaction media — say by restricting banks from accepting them, or making them difficult to use in retail establishments — they will hardly fill the void left by big bills.