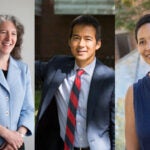 Recognized for work in field of cellular reprogramming

In a flask of clear, pale-yellow liquid, 300 million-400 million beta cells, the insulin-producing cells that are attacked or defective in diabetics, swirl in a cocktail of cell food and Stage 6 medium. Ten years ago, researchers were still working on protocols to turn stem cells into beta cells. Now, thanks to the efforts of Douglas Melton and his lab, researchers not only can generate beta cells, they can do so in sufficient quantities to treat patients.

Because of this and his contributions to the field of cellular reprogramming, Melton, the co-director of Harvard Stem Cell Institute (HSCI) and the Xander University Professor in Harvard’s Department of Stem Cell and Regenerative Biology, has been awarded the 2016 Ogawa-Yamanaka Stem Cell Prize and will receive a $150,000 award from the Gladstone Institutes.

The Ogawa-Yamanaka Stem Cell Prize recognizes individuals whose original translational research has advanced cellular reprogramming technology for regenerative medicine. Shinya Yamanaka, winner of the 2012 Nobel Prize in physiology or medicine for his work on reprogramming adult cells back into a stem cell-like state, was part of the 2016 Ogawa-Yamanaka Stem Cell Prize selection committee. 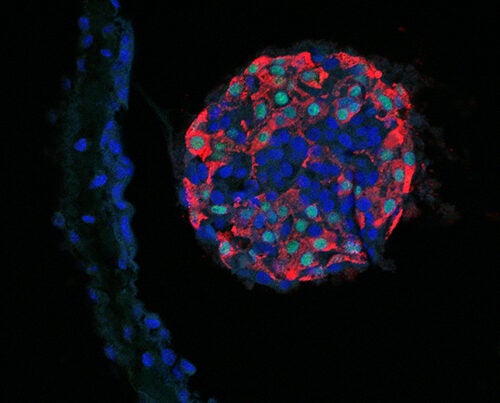 “Doug’s research on the genetic markers expressed during pancreas development have led to a reliable way to reprogram stem cells into human beta cells,” said Deepak Srivastava, director of the Gladstone Institute of Cardiovascular Disease and the Roddenberry Center for Stem Cell Biology and Medicine at Gladstone, a selection committee member. “His work provides the foundation for the ultimate goal of transplantable, patient-specific beta cells.”

In 2015, Melton launched Semma Therapeutics, a startup company, to explore multiple avenues for diabetes therapies and help move them from the lab bench to the clinic. He has also been central to the establishment of the Boston Autologous Islet Replacement Therapy program, a research initiative between HSCI, Semma Therapeutics, the Dana-Farber Cancer Institute, Brigham and Women’s Hospital, and Joslin Diabetes Center that launched in 2016 and is now planning a clinical trial.

“I am very encouraged by Dr. Melton’s innovative research and ambitious vision,” said Hiromitsu Ogawa. “I believe his work will have a great impact on diabetes patients’ health and quality of life.”

“I’m delighted and honored that the work of my lab, including all the students, postdocs, and staff, has been recognized in this way,” said Melton. “The Ogawa-Yamanaka prize will certainly energize our efforts to push ahead for new stem cell science and, ho­­­pefully, treatments for patients.”