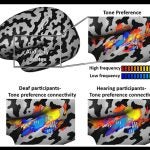 When he looks at a Kanizsa triangle, the famous optical illusion made up of three Pac-Man figures facing each other, Griffin doesn’t just see three figures converging on each other. He sees a triangle.

That might not seem significant, until you realize that Griffin is a parrot.

Despite a visual system vastly different from that of humans, the bird can successfully identify Kanizsa figures and occluded shapes, said Ken Nakayama, the Edgar Pierce Professor of Psychology, and Irene Pepperberg, a research associate in the Psychology Department, co-authors of a study on the subject. The findings, they said, suggest that birds may process visual information in a similar way to humans. The findings are described in a paper recently published in the journal Cognition.

“There are 300 million years of evolution that separate us,” Pepperberg said. “Just anatomically, Griffin’s brain is very different from ours. Despite that, these data suggest he is solving these critical survival problems — like avoiding predators and finding food — in ways that are very similar to those of humans.”

Besides revealing just how clever Griffin and his avian kin are, the study could offer important guidance for fields like artificial intelligence.

“This is important, particularly in the context of our understanding of deep learning,” Nakayama said. “These algorithms can do astonishing things, but they’re very brittle in the sense that they can make terrible mistakes that you and I would never make. We’ve never really tested a human or a machine with this type of test … and if this animal with a relatively primitive brain can perform this task, there may be something here that needs to be explored.”

In addition to the triangle, Griffin was able to identify one-, two-, four-, and six-sided Kanizsa figures, and to do the same on such shapes with one occluded corner, Pepperberg said.

Griffin successfully identifies a Kanizsa figure, suggesting that birds may process visual information in a way that is similar to humans, according to Harvard researchers Ken Nakayama and Irene Pepperberg, co-authors of a recent study published in Cognition.

The first step in testing whether Griffin could recognize occluded shapes was for Pepperberg to train him to recognize shapes in the first place.

‘If this animal with a relatively primitive brain can perform this task, there may be something here that needs to be explored.’ — Ken Nakayama

To do that, Pepperberg and students used wooden blocks, and taught Griffin shapes based on their number of corners. When shown a square, for example, he eventually would respond by saying “four.”

While the training ensured that Griffin could recognize 3-D shapes, the occluded shapes were simply printed on paper. That he was still able to recognize them, Pepperberg said, suggests he understood the relationship between the two methods.

“He was able to recognize that this flat piece of paper represented the square block on which he was trained,” Pepperberg said. “We were able to do this with one-, two-, three-, four-, and six-cornered objects. We varied the color and size of the objects, the size of the occluders — we never repeated the same trial twice.” 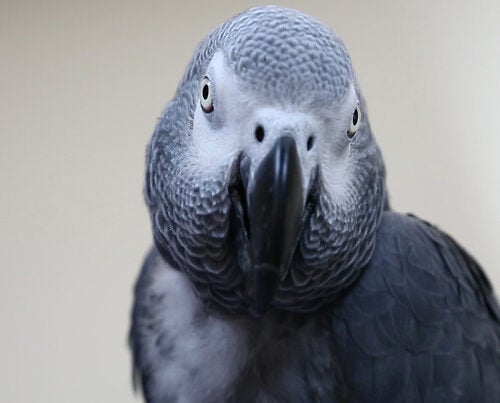 Ultimately, Nakayama said, the significance of Griffin’s ability may lie with the way it offers an instructive example of how the brain’s neural network processes complex information.

“We’ve presented Griffin with a wider range of tests that have been done before,” he said. “In contrast to studies in animal behavior and the learning in ‘deep networks,’ there is no commonality image-wise between the real 3-D triangle and the Kanizsa triangle. Yet Griffin has made that connection. His visual system has solved a problem yet to be demonstrated by any artificial network. What’s different is that this parrot has some modicum of language ability, so we can communicate in a way that’s not possible with other animals.”

Researchers begin by feeding millions of pieces of data into the systems, and then rely on massive amounts of computer data and complex algorithms to sort through it all, resulting in some truly amazing feats of recognition.

“However, this may not generalize to the way we process this information,” Nakayama said. “Machine learning is almost like blind learning. Researchers say if they give them enough information in enough situations, they will learn this … but they just haven’t made an attempt to do what this parrot has done under similar circumstances, and I would love them to try this.”

The study was supported by the National Science Foundation and donors to the Alex Foundation.