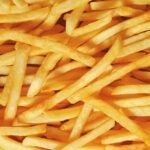 “I think people usually think of the natural world as being akin to Tennyson’s ‘Nature, red in tooth and claw,’ ” said Irene Pepperberg, a psychology researcher and co-author of the study. “But this type of sharing isn’t unheard of in the wild. In a mated pair, for example, birds often share food or engage in reciprocal grooming.”

What makes the study noteworthy, Pepperberg said, is that earlier work that produced similar findings in apes did so only under highly specific conditions.

The new work, she said, suggests that African greys such as Griffin, the study subject, not only can grasp the concept of sharing, but also are capable of connecting their actions in the near-term to those of their human partners in the future.

The test Pepperberg and colleagues from Brandeis University and the University of Lincoln designed was simple. Griffin was presented with four colored cups, with each color assigned a particular consequence. The green cup represented sharing — to choose it led to a treat for both Griffin and his human counterpart. Pink, by contrast, was the selfish option — only Griffin received a treat. The orange cup signaled generosity, and meant giving up a treat. The purple cup left both parties treatless.

In the second experiment, each round of the test began with Griffin selecting a particular cup. Student test subjects then mimicked his choice. Over time, Pepperberg said, Griffin gradually came to understand that he would get a better payoff by picking the green cup — and sharing the reward.

Tests performed in an earlier study showed that when students consistently showed generosity, the bird became more likely to share; when they were selfish, Griffin responded in kind.

“This behavior may have its roots in the wild,” Pepperberg said. “For example, a single parrot is a dead bird, because it can’t both forage and scan for predators. So there are certain things, such as sentinel behavior — where one bird will sit up in a tree watching for predators while the rest of the flock eats — that they do appear to share. It may not be on an exact tit-for-tat basis, but they do share that behavior, because one bird is not always going to be the sentinel. The idea is that it may be my turn now, but it’s going to be your turn eventually.”