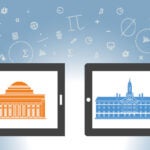 There are plenty of things that make it possible for humans to live in large groups and pack into cities. New building techniques and materials, for instance, allow construction of high-rise buildings; plumbing delivers clean, fresh water and sewage systems that help to prevent diseases.

One factor, however, is rarely included on the list: having one or more gods.

In two studies published earlier this year in the journal Behavioral and Brain Sciences, Professor of Human Evolutionary Biology Joseph Henrich examined the notion that, by helping enforce ethical and cultural norms, belief in a powerful, omniscient God helped human societies quickly grow. Complementing that premise in a second study published in Nature, Henrich showed that people who believe in God are more likely to treat others fairly.

“What we want to understand is how humans were able to scale up from being relatively small societies to larger groups very quickly,” Henrich said. “One answer is that religion can act as a kind of social technology that helped humans scale up and build large, complex societies.

“If you look at the religion of very small-scale societies, like hunter-gatherers, there’s no intertwining between religion and ethics or morality,” he said. “There are supernatural agents, but they tend to be weak, they can be tricked, and they don’t have any power over the afterlife. It’s only over time that gods become increasingly concerned with human affairs. Gods that have control over the afterlife don’t appear until relatively late in human history.”

Where did the concepts of those more powerful gods come from?

“We have evolved some basic cognitive abilities that allow us to represent and understand these supernatural beings,” Henrich said. “Cultural evolution can then shape the details of what those gods care about and how powerful they are.” 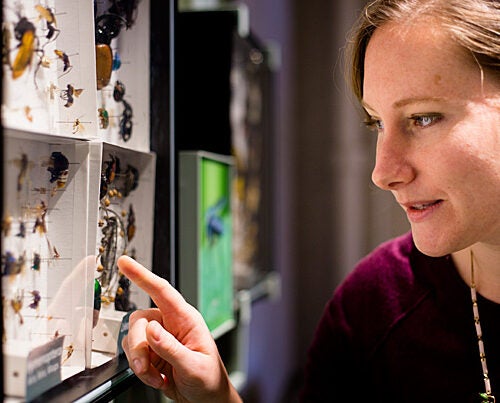 As gods grew more powerful, Henrich said, they gradually were represented as being more interested in the day-to-day affairs of mankind and more willing to punish those who did not conform to social norms.

And as the gods changed, so too did the rituals that played a key part of binding people to their faiths.

‘We have evolved some basic cognitive abilities that allow us to represent and understand these supernatural beings.’ — Joseph Henrich

Such tight-knit societies eventually either were able to outcompete their neighbors — by sharing resources, growing faster, or fielding ever-larger armies — or they served as an example of their gods’ powers, and in attracting converts.

“The key element is that there is an in-group pro-sociality,” Henrich said. “You are willing to support other members of your group … but that circle expands over time.”

To understand whether and how belief in God might influence people’s behavior, Henrich and colleagues conducted experiments that took them to more than half a dozen locations around the world.

“We went to eight societies and tested Hindus, Christians, Buddhists, and others,” Henrich said. “What we did was give people a chance to essentially cheat at a game or to be biased toward themselves and their local communities over strangers from the same religious group.”

At the beginning of the experiment, participants were given a number of coins, along with two cups, one for a distant person of the same religion, and the other for either themselves or a member of their community. Participants then selected one of the cups in their minds, and rolled a black and white die. If the die came up black, they placed a coin in the cup they’d mentally selected. If it was white, a coin went in the other cup.

Importantly, Henrich said, the experiment is designed in a way that only the participants know whether or not they followed the rules. Using statistics, however, researchers were able to calculate how likely any outcome might be, and to understand how biased participants were toward themselves, a close member of their group, or a distant member of the same religion.

“Based on interviews done later, what we found was how omniscient and punishing people believe their god to be — predicted how much they would cheat, essentially,” Henrich said. “Those who believed in more-punishing and more-knowing deities cheated less in favor of themselves and their local groups over distance co-religionists, although everyone cheated in favor of themselves or in favor of their local group a little bit. What this means is they were allocating more coins to a distant co-religionist, and expanding the social sphere.”

While religion — and the cooperation it engendered — was likely a key factor in helping society reach the heights of modernity, its role is now gradually being supplanted by secular institutions.

The job of enforcing ethical behavior, once the purview of a punishing god, now falls to the justice system, where crimes are punished not with damnation, but with prison sentences, Henrich said.