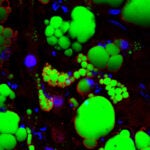 A pill to shed fat?

It’s a cliché to say it takes a village to raise a child, but it’s a cliché some creatures have taken to heart.

A handful of animals, including ants, bees, termites, and some birds, are what scientists call “eusocial.” That is, they live in tight-knit groups in which some individuals give up some of their reproductive capacity to care for the offspring of others.

While there has been extensive study on how such reproductive strategies might emerge, the question that has long remained unanswered is why an organism might adopt such a strategy in the first place.

A new study, co-authored by Sarah Kocher, a postdoctoral researcher in Harvard’s Department of Organismic and Evolutionary Biology, may offer some answers.

When compared with a solitary strategy of producing offspring who then go on to produce their own offspring, Kocher and colleagues including Feng Fu, a former postdoc at Harvard and now a research fellow at ETH Zurich, and Martin Nowak, director of Harvard’s Program for Evolutionary Dynamics, found that eusociality is a high-risk, high-reward gamble. The study is described in a new paper in the journal Ecology Letters.

Because it often relies on a single reproductive female — think of the queen bee in a hive — the eusocial strategy carries high risk. If that single female is lost, her entire colony, including the workers she produced, eventually will become extinct. Once established, however, such colonies can thrive, and even manage to outpace other reproductive strategies. Though social insects like bees and ants make up only 2 percent of species, they make up more than 50 percent of the insect biomass.

“The question we’re trying to address with this paper is: If this strategy is so successful, why don’t we see it happen more often?” Kocher said. “I think our results clearly demonstrate that if you have this cooperative-care strategy, it can be a very beneficial one. But it’s very hard to get that established. That’s why you only see a few instances of it across all of the animal kingdom.”

To compare the two reproductive strategies, Fu, Kocher, and Nowak developed simple mathematical models incorporating a handful of key demographic and ecological factors. The models accounted for the chances that the lineage founded by a single individual might become extinct, and for the “basic reproductive ratio,” a measure of how many offspring each strategy produces during its lifetime.

“What we found was that there are two costs associated with being eusocial,” Kocher explained. “First, it takes you longer to produce the next generation of reproductive individuals because you have to generate your workers before the reproductives, so it takes you longer to reproduce. But those workers also take a hit, because they could be out reproducing as well.”

When those two models — one for social reproduction and another for a more solitary lifestyle — were run against each other, Kocher and Fu’s analysis showed that, while a solitary strategy initially wins out, a eusocial lifestyle, once established, can quickly overcome those initial costs.

“Before our work, it was largely unknown whether this initial risk associated with eusocial reproduction could later be compensated for with higher reproduction rewards,” Fu said. “What we showed is that eusociality has to overcome some large demographic hurdles to get established … but once established, eusocial animals can have a very high reproductive ratio when compared to solitary species.”

“The way I like to explain this is in terms of investments,” Kocher said. “If you look at a portfolio of investments, you’ll probably have a mix of mutual funds and higher-risk stocks. Social behavior is similar to those high-risk investments. You can see a huge payoff for being social but risky, whereas solitary reproduction is more like a mutual fund. You get a constant, steady return.”

Going forward, Kocher hopes that the models developed for this study might offer insight into the precise mechanics of how eusociality is established.

“I now have a system that we can use to look at that initial transformation,” she said. “I’m using that to understand how that happens, and what the factors are that have to fall into place for that to work.”