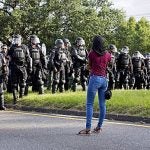 Death in black and white

Is it a hand up or a hand out?

Historically, much of the public debate about the nation’s social safety net has centered on its efficacy or its cost to taxpayers. There’s been a strong, widely held presumption that such programs are burdensome charities that encourage laziness and yield little economic benefit to society.

Gareth Olds, 29, an assistant professor who studies labor economics in Harvard Business School’s (HBS) entrepreneurial management unit, had good reason to suspect that perception was off the mark, but found almost no existing research to confirm or contradict his hunch.

“There’s already good evidence that income support and public programs do return investments for a society independent of any kind of moral claim that they have,” he said. “They’re good economic bets. Similar studies have been done on public education, and yet it’s something we continue to cut and cut and cut.”

Olds specifically wanted to know whether a stronger safety net had an effect on parents and entrepreneurship. So he dug into 20 years of data from the U.S. Census Bureau’s Current Population Survey (CPS) on enrollment in the State Children’s Health Insurance Program (SCHIP). Modeled after a Massachusetts initiative championed by the late Sen. Edward M. Kennedy, SCHIP is a national program launched in 1996 that pays all or most of the health insurance premium costs for children whose parents earn too much to qualify for Medicaid, but still aren’t able to provide coverage for their children. At its peak, 13 percent of U.S. households had children insured through the program. While the program still exists, the Affordable Care Act now provides much of the same benefits.

“It’s not by accident that we have one of the most educated workforces on the planet. It’s at least in part because of the G.I. Bill,” Olds said. But as public benefits have been cut significantly in recent years, perhaps it’s no accident that the dynamism of the American economy has similarly waned. “These are open questions we can answer with data, so let’s really dig in and figure out what’s going on here.”

His findings in a new draft paper confirm that SCHIP did what lawmakers hoped it would do: Households made eligible for coverage were 40 percent less likely to have uninsured children. But Olds’ research found that the program had an unexpected side effect, as well. It led to a 15 percent increase in the self-employment rate among eligible households. Those businesses were disproportionately more likely to be serious, high-quality ventures, not glorified hobbies.

Using a rigorous, two-phased methodological approach to tease out causes from correlations, Olds looked at whether households were eligible for coverage and then compared households that were barely eligible to those that just missed qualifying to see what happened in them before the program and afterward.

Households that barely qualified for coverage were 20 to 25 percent more likely to have a small business, suggesting a link between becoming eligible and starting a business. In fact, the program increased incorporated businesses by 36 percent and drove up the share of household income generated by these businesses by 12 percent, according to the research.

The results also showed that when middle- and lower-income parents had a risk of an uninsured child getting seriously ill, they acted similarly. Their behavior was not driven by households enrolling in SCHIP, but by simply knowing they had the option to do so, the results showed.

These findings upend calcified notions that social welfare programs stifle economic growth or that the poor are not motivated to become entrepreneurs or be “job creators.”

“This is important from a policy standpoint. If you’re going to design a program, you want to know whether this is an effect of just giving people money, or is it the decoupling of an insurance benefit from employment?” he said.

Contrary to shopworn expectations, households with access to private insurance from an employer before SCHIP did not migrate en masse to the program to take advantage of a freebie. It appears that simply knowing the safety net was available to them was key because it reduced the perception of risk that likely would inhibit starting a venture. It’s an unrecognized spillover benefit that policymakers so far have not accounted for, one that is undermined when the social safety net is weakened, the paper concludes.

Olds’ research isn’t just professional, it’s personal. While studying developmental economics in Lesotho as a graduate student at Brown University, he became interested in the parallels to U.S. labor economics. So he drew upon that traditional counsel to writers, “write what you know,” and applied it to his work.

“I started thinking about my parents’ business. My parents started a business when I was 11, and we had been on public benefits for a long time before then. I was curious whether those two were connected,” he said. “I wanted to know whether a stronger safety net encouraged people to start businesses or enabled them in some way to start businesses.”

Growing up in Anchorage, Alaska, his family struggled for the first decade of his life, relying on a number of programs such as Medicaid, food stamps, and Women, Infants, and Children (WIC) to help make ends meet. Once stabilized, his stepfather eventually found work as a dental assistant while his mother did odd jobs here and there — cleaning houses, delivering phone books, and coaching pregnant women as a doula. To better their circumstances, his stepdad started a weekend vocational school, training students to become dental assistants, most of whom also received some public benefits.

‘I don’t think my mom would’ve been able to go to college without this business and without some kind of buffer.’

“There wouldn’t be students for my parents’ business without these workfare programs to encourage vocational training. My parents wouldn’t have been able to save any money to start this business, [and] they couldn’t have taken time off” to get it off the ground if they had to take on a second wage-paying job just to stay afloat, he said.

“I don’t think my mom would’ve been able to go to college without this business and without some kind of buffer, this knowledge that if things really went south with the business, we’d still have insurance, we wouldn’t be hungry. It was a big, important piece of her calculus in going to school and getting a college education,” Olds said of his mother, who earned a nursing degree when he was in high school.

Olds concedes that his unusually personal connection has generated some pushback from colleagues — “quite rightfully so” — about the findings. “In research, people are suspicious if you’re writing about something you really have a personal stake in because [they] worry that there’s a subtle bias or you’re going to find what you’re looking for,” he said, explaining why he applied a two-pronged methodology “to really nail down the empirics of this.”