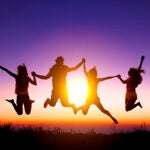 A quest for happiness

The implementation of the Affordable Care Act was the easy part, an important but nonetheless insufficient step in closing health gaps along class and race lines, said panelists at the Harvard T.H. Chan School of Public Health on Wednesday.

The 2010 law has been subject of political battles, court struggles, and implementation glitches, and remains deeply unpopular with GOP leaders. Still, from the standpoint of reducing gaps defined by large differences in the quality and availability of health care in America, figuring out how to insure millions was relatively easy.

That’s because the remaining problems have deep and diffuse roots — in income inequality, in the geographic distribution of health care facilities, in institutional racism, and in the education and criminal justice systems.

“As difficult as the Affordable Care Act has been, it’s been relatively straightforward to do,” said Benjamin Sommers, an assistant professor of health policy and economics. “Insurance does matter, but it doesn’t fix the majority of the gap. … It’s quite daunting.”

Sommers was one of four experts who gathered at HSPH for a webcast discussion titled “Health Care Inequalities in America: The Need for Continuing Reform.” The event was co-sponsored by National Public Radio (NPR) and the Robert Wood Johnson Foundation.

Sommers’ co-panelists were Robert Blendon, a professor of health policy and political analysis; Katherine Hempstead, senior adviser for the Robert Wood Johnson Foundation; and Jackie Jenkins-Scott, president of Wheelock College and former president and CEO of the Dimock Community Health Center in Roxbury. Joe Neel of NPR moderated the discussion.

Blendon, presenting the results of a recent survey examining the ACA’s implementation, said that the years since the law was adopted have seen the largest changes in the nation’s health care landscape since the enactment of Medicaid in 1965. Millions have received insurance coverage — either through the expansion of Medicaid to the working poor or because of the new mandate to buy private insurance — but insurance alone has closed health disparity by just 30 percent, Blendon said.

“Yes, things got better, but the gap is still quite striking,” Blendon said. “Insurance alone does not improve the lives of those in the low-income community.”

One unexpected impact has been an increase in emergency room care by the newly insured, defying predictions that routine physician and health center visits would supplant last-minute (and expensive) ER visits. Part of the problem, Blendon said, is that clinics and doctors’ offices remain geographically distant for many, and generally keep daytime hours, when it’s difficult for working parents to take time off to visit.

Low-income patients rank the quality of health care they get through the ER lower than that obtained from other sources, Blendon said. But 48 percent of respondents to the poll said that they use the ER because it’s the only option.

“They really are trapped into using a set of services,” Blendon said.

Acknowledging that access and inequality are major concerns, Sommers and Hempstead pointed to the brighter side of the ACA, including insurance for some 20 million Americans and a reduction in medical debt in states that have taken advantage of the law’s voluntary expansion of Medicaid. A remaining priority, Sommers said, is reaching the 3 to 4 million low-income uninsured in the states that refused to expand Medicaid.

Another priority, Hempstead said, is connecting with people who haven’t signed up for insurance even though they may qualify for government subsidies to defray the cost. These people are often financially strapped, and willing to gamble that they’ll stay healthy, she said. Bringing more of them into the system would improve the insurance risk pool and help keep rates down.

Cost remains an issue even for many of the insured, Jenkins-Scott pointed out. Low-income patients are often on budgets so tight that the copayments and coinsurance that are features of many plans discourage them from getting care.

“For low-income folks working two jobs, even $15 to $20 for their copayment can present a huge barrier to getting care,???? Jenkins-Scott said.

Panelists discussed the rise of “urgent care” and “convenient care” clinics that can handle minor injuries and illnesses that aren’t serious enough for the emergency room. These clinics, often located in pharmacies, are also meeting the need for appointments outside traditional doctor’s office hours, they said.

“There are these huge revolutions going on now in how people are accessing health care,” Hempstead said. She added: “The market needs time, and policy interventions, to thrive and grow.”