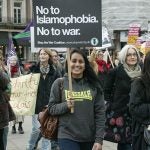 Student recounts night of apparent coup attempt, and the new mood that followed its failure

I arrived in Istanbul on July 8, planning to conduct a month of historical research for my upcoming senior thesis. A week later, Turkey was thrown into chaos after the violent failure of an apparent coup attempt. Since then, this country has been struggling to find its way back to normalcy, and so have I.

Officially, the attempted coup — allegedly plotted by a faction of the Turkish military — began at around 11 p.m. in Istanbul when troops and tanks seized control of the Atatürk Airport and the bridges connecting the European and Asian sides of the city. My experience, however, began with a message from my brother about half an hour later.

“Dude is there a coup going on right now?!” he texted from his internship in New York City.

I was in bed, but I unlocked my phone and punched in a quick confirmatory Google search before responding with trembling fingers.

I stumbled out of my bedroom into the apartment I had been sharing with four others in one of Istanbul’s interior neighborhoods. Two of my Turkish roommates were also at home that Friday night, and from their similarly shocked expressions, it was clear that they, too, had heard the news. Sleep was no longer an option — new details about the situation were emerging too quickly — so we sat down in the kitchen with our phones and laptops.

Some news reports seemed too absurd to be true; some were deeply disquieting. President Recep Tayyip Erdoğan, forced to flee his hotel on the Mediterranean coast, had addressed citizens via FaceTime. Scores of Turkish civilians, resisting the military, had been shot dead. In retaliation, an angry mob was beating and lynching soldiers in Istanbul’s central Taksim Square.

Messages from concerned friends and relatives flooded into my phone and computer. Was I safe? What was going on around me? Each time I answered the first of those questions —“Yes, I’m safe, I’m staying inside” — I had to augment my response to the second: “I can hear military jets passing overhead. The neighborhood mosque is calling out for citizens to fight the rebels. Social media is being blocked; we might not be able to communicate soon.”

One of my roommates pulled out a bottle of Ukrainian vodka.

“I’ve been saving this for a special occasion,” he said, and we began to drink.

I had first been drawn to Turkey in my junior year of high school when, on a whim, I read a biography of the Republic’s founder, Mustafa Kemal Atatürk. Its depiction of Turkey as a country divided between East and West, both culturally and geographically, deeply appealed to me. As a person of mixed heritage, I empathized with the country’s apparent identity crisis. And as a history geek, I was intrigued by its idiosyncratic past. Later, I would come to understand that this characterization of Turkey was overly simplistic, but the grain of truth at its core still underlay my continuing love for the country and its people.

My roommates and I continued to drink and discuss the unfolding events. At 2 a.m., residents of our street began to shout out of their windows in support of the government — “Allahu akbar!” (God is great) — and within an hour these chants had been replaced by raucous celebrations. The coup attempt had been defeated. Our drinking accelerated as it assumed a new function: Now it was the only way we would be able to fall asleep.

I woke up with a throbbing headache the next morning and, respecting the advice of both the U.S. State Department and my family, stayed indoors all day. As darkness fell over Istanbul that night, it became clear that Turkey was experiencing a different kind of hangover. Patriotic marches blared out of loudspeakers on the street. There were more chants of “Allahu akbar,” along with the sounds of revving motorcycle engines, continuously blasting car horns, and, occasionally, celebratory gunshots. My roommate, an affable Turk in his 30s, took me over to a window.

“Look, brother,” he said, gesturing towards the street below. “This is the real Turkey. Not people like me, your friends. This is why foreigners like you will never truly understand this country.”

He had pointed out what some Turks feel is a very real division in their country, one programmed into its very DNA. When Atatürk founded the Republic in 1923, he imposed a new social order, based on “modern,” secular nationalism, upon a people who had previously been administered along religious lines under the Ottoman Empire.

Two days after the coup, I ventured outside. Walking around the city, I saw images to match the sounds I’d heard the previous night. Turkish flags were everywhere — hanging out of windows, draped over the hoods of cars, and on the shoulders of pedestrians. For nights after the coup, convoys of young men in cars and motorcycles circled around neighborhoods at high speeds, chanting patriotic slogans and “Allahu akbar,” conflating nation and faith. Passing these demonstrations, I remembered photographs I’d seen of a soldier whose throat had been cut in Taksim Square on the night of the coup. Some of my friends reported that people were being beaten up for drinking in public. I struggled to reconcile these developments with the secular Turkey I had read about, where religion was not a test of belonging.

The government declared a “holiday of democracy” and suspended fees for Istanbul’s bus, ferry, and metro systems. Large banners reading “Sovereignty Belongs to the Nation” (a popular nationalist slogan) appeared on subway walls. If people disagreed with this rhetoric, or with the government’s actions, they certainly wouldn’t do so openly now.

Four days after the coup, I took a ferry out to the island neighborhood of Büyükada to visit residents to whom I’d been connected by mutual acquaintances. I met two members of a minority group, both Istanbul natives. As we sat and drank tea by the coast, our talk turned to politics, as Turkish conversation inevitably does. One of them, a woman, sighed.

“Atatürk, he was a hero. But now, things are changing. …”

I turned to the man beside her.

“Do you consider yourself a Turk?” I asked. He paused and looked at the ocean.

“Ten years ago, I would have said yes to that question,” he said. “I would have been proud. But now?”

The water of the Mediterranean lapped against the shore of this island, topped by the ruins of a former Greek orphanage now fallen into decay.