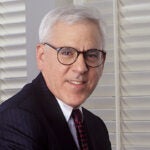 Literary and cultural theorist Homi K. Bhabha, Anne F. Rothenberg Professor of English and American Literature and Language and director of the Mahindra Humanities Center, has won a Humboldt Research Award for his academic contributions.

The honor celebrates Bhabha’s entire body of work in the humanities, and recognizes his “cutting-edge achievements in the future,” the Alexander von Humboldt Foundation, which is based in Germany, said in an emailed statement.

Bhabha will attend an upcoming conference in Germany, speaking at the Center for Literary and Cultural Research in Berlin about his work and philosopher and political theorist Hannah Arendt.

Diana Sorensen, dean of Arts and Humanities and James F. Rothenberg Professor of Romance Languages and Literatures and of Comparative Literature, said Bhabha, who holds an honorary degree from Free University of Berlin, is an academic force who has “coined many turns of phrase and concepts that have charted a way of thinking that help to address many of the concepts of our time.”

“There’s practically no essay I will read by a Latin American, French, or American critic that doesn’t engage with Homi’s ideas,” she said. “He has a way of getting at literary and broader world problems with a conceptual acuity that helps people think through similar problems.”

Since 2007, Bhabha has sat on the board for the United Nations Education, Cultural, and Scientific Organization (UNESCO) World Report on Cultural Diversity.

Beyond his intellectual capacity, Sorensen praised Bhabha as the “ultimate convener.”

“He has an idea — perhaps about violence, or the public and the private — and he gets people together to think about it,” she said. “In that sense, he makes the University happen.”