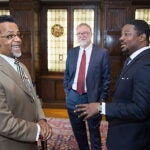 Teachings from the televangelist

Ever since Thomas Edison invented the phonograph, in 1877, the business of selling music has enjoyed a close relationship with technology. As the vinyl record, cassette, and CD came to market, the music industry eagerly embraced the opportunity to provide recordings to fit these new formats — and the ever-growing profits they generated.

But now, it appears that Tin Pan Alley has turned on Silicon Valley. In June, the U.S. Copyright Office will consider changes to the terms under which companies like YouTube, Pandora, and Spotify share copyright-protected music.

In an unprecedented show of unity, hundreds of artists, including Katy Perry, Billy Joel, and Pearl Jam, along with a broad consortium of music labels, song publishers, performance rights agencies, and related labor unions, are demanding major revisions to the Digital Millennium Copyright Act (DMCA). The 1998 federal statute extended copyright protections to the emerging digital world during a time of intense anti-piracy angst driven by Napster, a now-defunct website that facilitated file sharing of music minus payment.

The music industry, which has lost billions in revenue since then, says the law is outdated and inadequately covers technology that didn’t exist 15 years ago, enriching tech companies at the expense of musicians. It also complains that the law has a broken takedown notice system, has “toothless” policies to deal with repeat infringers, and allows online services to present themselves as passive intermediaries to avoid the high cost of policing infringers.

Many top tech companies — among them Kickstarter, GitHub, and Medium — say that the law is working fine for the most part, and if there needs to be reform, it should be to institute meaningful penalties for those who submit false demands for takedowns, to limit damages in secondary infringement claims, and to clarify the law’s “safe harbor” provisions.

Economist Shane Greenstein, MBA Class of 1957 Professor of Business Administration at Harvard Business School (HBS) and co-chair of the HBS Digital Initiative, spoke with the Gazette about the dispute and what changes to the law might mean for the viability of the music industry and of technical innovation.

GAZETTE: What was the original intent of the DMCA?

GREENSTEIN: The central issue of copyright has to do with liability. Liability fines in copyright are quite severe [up to $150,000 per violation], so the economic consequences of violating copyright can be quite severe. In the presence of all the new digital technology, many people 20 years ago could see the potential for violations of copyright, but also the potential for ambiguity about applications for recordings in the digital world. The concern was if the new law embedded a very rigid definition, it could generate huge financial consequences. By the late ’90s, it was already apparent to hosting firms, networking firms, and carriers that there was going to be a problem of liability for somebody who was hosting content. The question was who was liable for violation when you had quite a lot of interaction with a user community which was very challenging to police in real time. [DMCA] was a deliberate compromise between the interests of copyright holders and [the hosting firms]. A copyright holder would have wanted liability at every point along the delivery chain in order to police things. And it was clearly understood even at that point that that was going to impose some very high monitoring costs on an evolving digital industry. In the other direction, you don’t want to use the interests of one party to destroy economic growth and the development of innovative services, some of which are perfectly legitimate. So both of those voices played a role here. The compromise reached, which was the definition for “safe harbor,” is really the interesting thing that came out of that. In the U.S., this compromise put in place a procedure where the burden of proof for every single violation does not lie with the hosting facility. They are not required to monitor everything in real time in advance of violation. Instead, once notified, they have to take down violating material. That compromise, I think, in retrospect, was genius. One of the reasons the United States has continued to have a pretty vibrant set of innovative services is because we have that “safe harbor” provision. 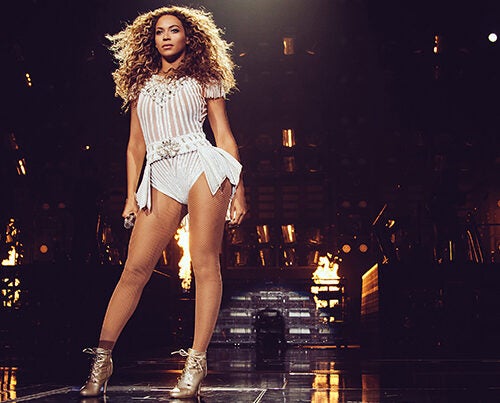 GAZETTE: The music business says the DMCA is enriching hosting companies at the expense of musicians and songwriters, while the tech community says the law is fair and largely working as it should. Which side makes the stronger case?

GREENSTEIN: Those are arguments from self-interested parties that will never relent from trying to change the existing law to favor their interest. So my very first remark, from both sides, is to be skeptical. These kind of claims emerge because, on occasion, [some] have been able to move copyright law inside the U.S. Congress, so it’s in their interest to sometimes overstate. It also means it’s quite challenging to get close to what’s going on in order to know what’s really true. You have to do a lot of homework.

Take YouTube, for example. YouTube [owned by Google] hosts an extraordinarily large amount of user-generated content, and the pace is quite fast. Quite a few years ago, YouTube invested in automated software to identify copyrighted music, supplemented with contractual agreements with copyright holders that when such music appeared on YouTube, YouTube would either automatically take it down or — and this is what most of the copyright holders have chosen to do — run advertising against the video and then share the revenue with the copyright holder. The example that’s brought up frequently is when you have a wedding video that’s playing a very popular song in the background — so it’s not even central to the video but nonetheless is still audible — and the dancing bride and groom. That’s infringement by everyone’s legal definition. Even in that situation, YouTube’s automated software can identify the song almost all of the time. Once identified, the database [is searched to see] if there’s an agreement or not, and then if there’s advertising revenue generated, again automatically some piece is then allocated to the copyright holder. That’s extraordinary when you look at all the pieces because it’s technical, legal, and commercial. The genius of the law is that it allows for both parties to have their interests represented. As someone who studies commercial markets, this is marvelous because [it gives] the innovative community incentive to try to find and invent solutions.

GAZETTE: The music industry argues that the DMCA inadequately safeguards copyright holders from “pervasive misuse” on online hosts and websites, thereby undermining and harming the economic viability of the very people it’s supposed to protect. Is that accurate or is the music industry simply blaming its financial woes on tech companies that have become larger and more profitable than they are?

‘The bottlenecks that used to exist, where you only had radio and a small number of other ways to experience music, have gone away, and so you would expect price to decline from that.’ — Shane Greenstein

GREENSTEIN: I totally get their point that Napster violated their copyright because the service aided and abetted pirating directly — [Napster] had a centralized server that was being managed rather directly for the purposes of pirating and it intended to do so. That’s distinct from what’s happening on YouTube, where the violations may be unintentional [and] where there is a process in place to take down upon notification. I think that’s really different and we ought to recognize that. Having said that, let’s also distinguish between supply and demand. The supply of content has exploded because the process of producing and distributing content has declined dramatically. That’s Econ 101. Adam Smith: “Relative prices are likely to decline in an environment in which the supply expands due to decline in costs.” I agree — it’s awful to be a stockholder in such a situation, but this is the market economy that we’re in. You would expect declines in returns to copyright holders in light of the last 20 years of innovation in digital services. That’s not a surprise! The bottlenecks that used to exist, where you only had radio and a small number of other ways to experience music, have gone away, and so you would expect price to decline from that.

GAZETTE: Should digital companies be exempt from closely policing their own platforms, which puts the onus on individual content owners, given that these companies derive a direct financial benefit from access to protected content?

GREENSTEIN: If the copyright holders don’t want to cooperate, they don’t have to sign a contract. In the absence of that agreement, what’s the default: That’s the issue you’re raising. The compromise that the law took was that copyright holders have to notify, and hosting facilities have to have in place a process that is easy to use and takes things down in a reasonable amount of time. If the default was for copyright holders to have all of the rights, would you have expected Sony Corporation to have initiated a platform that looked like YouTube and then hosted its rivals? If you had the alternative, where the tech industry got everything it wanted, which is you could host anything you want. Then I think copyright holders would justifiably take as much as they could off the online world, and then we’d be worse off too. Instead, we live in this world where both sides are complaining and we move forward.

GAZETTE: Could a small tweak to the law end up really harming one side or the other?

GREENSTEIN: In a narrow sense, yes. The copyright royalty side of things, for example, could put Pandora out of business in a heartbeat if the royalty mandate for Pandora is too high. Those copyright royalty rates are reviewed, I believe, every three years, and ruling that those copyright rates ought to go up — Pandora’s got a hard enough time trying to cover its costs and that’s a major cost to them — so sure, it could make a difference there. Similarly, changes in the interpretation of the law in the way that Spotify does things. They came up with an arrangement that permits them a particularly low royalty compensation rate to the copyright holders. If there were a change, that would have consequences to that model. What look like small changes in the law to you and me could have large commercial consequences. One caution I would have in making too overwrought a statement is this is a pretty dynamic, flexible industry on both sides. There always seem to be some copyright holders who are willing to try something new, and there’s variance among them so they’re not monolithic. And to be fair, neither is the tech industry, so every small change maybe they’ll find a way around. There’s this inherent ambiguity about what “fair use” means. That’s another dimension that’s always been there, and yet we survive.