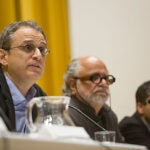 “Surprise!” Visitors browsing the Apple iTunes store just after midnight on Dec. 13, 2013, saw a startling image flicker across their screens. It was a music business stunner announcing that singer Beyoncé’s fifth solo album was available to download.

News of the recording, a self-titled set of 14 songs with 17 companion videos dubbed a “visual album,” caught music industry veterans and even her diehard fans off guard. Without advance publicity, a single to promote, or any music leaked to the Internet, Beyoncé managed to keep the project under wraps until she was ready to unveil it across 119 countries.

“Beyoncé has delivered countless surprises in her 15 years on top of the music world, but she’s never dropped a bombshell like this,” Rolling Stone’s Rob Sheffield wrote at the time. “The whole project is a celebration of the Beyoncé Philosophy, which basically boils down to the fact that Beyoncé can do anything the hell she wants to.”

Secretly partnering with Apple, Facebook, and Instagram, the rollout was a huge artistic and financial gamble for Parkwood Entertainment, the management company that Beyoncé heads, and for her label, Columbia Records, which share the risks and rewards of her recorded-music sales. As it turned out, the critically acclaimed album debuted at No. 1 the following week, selling more than 600,000 copies in its first three days. But did the high-stakes wager pay off long-term?

A new Harvard Business School (HBS) case study to be published next week examines what it took to pull off the ambitious and costly campaign, the prevailing market conditions, the structural and technical obstacles, as well as the many difficult decisions Beyoncé and her management team confronted along the way. With insights from top executives at Parkwood Entertainment, Columbia Records, Facebook and Apple, the HBS case asks M.B.A. students to decide what they would have done if they were working for Beyoncé.

“She’s clearly among the most powerful people in the music industry at the moment … so to understand the operation behind such a powerful figure is always very interesting,” said Anita Elberse, the Lincoln Filene Professor of Business Administration at HBS who co-wrote the case study with a former student, Stacie Smith, M.B.A. ’14.

Elberse studies marketing strategies in the entertainment, media, and sports industries and has written extensively about the growing trend of hosting “blockbuster events” to grab the public’s attention. She says the unconventional album release and the very hands-on role that Beyoncé plays in overseeing her own business interests present a number of instructive dilemmas for M.B.A. students to consider. Elberse will teach the case in her course “Strategic Marketing in Creative Industries” early next month. “For instance, how did they keep that a secret for so long? It’s quite amazing that they pulled that off.” 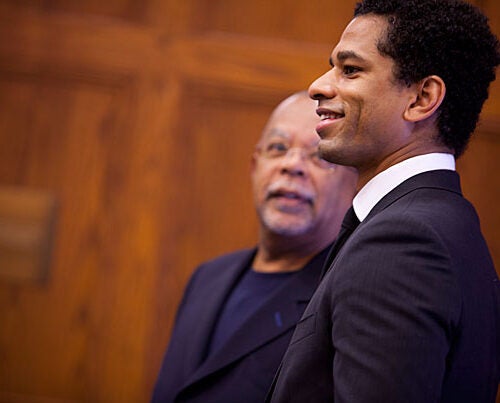 The unique rollout was driven “first and foremost” by Beyoncé’s desire to make an artistic statement through a complete work, not just one 3½-minute single, Elberse said. “They could’ve made their lives a lot easier just going for a conventional release.”

The recording release also raises questions about whether it was a smart move for Apple, Facebook, and Columbia Records, and has other broad implications for students to consider, Elberse said, such as how the unusual strategy will affect future releases by other musicians. Is a maneuver like this only available to superstar talent? How do record companies put together marketing plans and structure partnerships with their artists? What effect might the release have on Beyoncé’s relationship with companies left out of the launch, and with her fans?

In fact, the major retailers Target and Amazon refused to stock the record even after iTunes’ exclusive weeklong sales window closed. And, unlike most digital releases, consumers were required to buy the whole record, not just cherry-pick a song or two.

“I think most people regard this release as a huge success artistically, and I am among them. But whether it was worth it from a business perspective is for the students to figure out,” said Elberse.

“You could look at the album and say, ‘How did it perform?’ But you also have to think longer-term and say ‘What did that do to her ability to control the next release that she’s planning?’ or ‘What does that do to her potential as a touring artist?’ Those are harder questions to answer.

“Luckily, we have very smart students at Harvard,” she added, with a laugh.