A sun-bright future in Allston 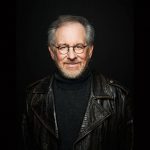 Harvard moves ahead on plans for campus expansion across the Charles

Harvard today has an opportunity that is rare for a leading research university: to imagine and build a new community and campus on more than 100 adjacent acres, where new models of teaching, learning, research, and entrepreneurship can flourish.

Harvard’s campus first expanded across the Charles River in 1890, thanks to the donation of 31 acres by Henry Lee Higginson, Class of 1855, a Civil War veteran who named Soldiers Field in memory of his friends and classmates who had died in that conflict. Harvard Stadium and Newell Boathouse were constructed, and academics soon followed on neighboring land with the construction of a campus devoted to the budding school of business administration.

At the dedication of Harvard Business School’s (HBS) campus in 1927, financier and lead benefactor George Fisher Baker noted, “It must be remembered always that the standard of excellence which must be maintained comes not simply from the outside of the buildings, but from the work and training on the inside.”

Adjacent to HBS and a short drive to the Longwood Medical Area, the expanded Allston campus will connect various Harvard activities and provide opportunities for collaboration across Greater Boston, which is a world leader in the life sciences, medical science, and technology industries. Allston also will be the home to about two-thirds of the Harvard John A. Paulson School of Engineering and Applied Sciences (SEAS) — just over a decade since its transition from a division to a School within the Faculty of Arts and Sciences.

The University’s investment in Allston reflects rising student and faculty activity in science and engineering. SEAS is the fastest-growing School at Harvard. Since 2008, the number of undergraduate concentrators has tripled — the figure reached nearly 900 this past year — and half of all undergraduates now take at least one computer science course. The School’s 101 faculty, 480 graduate students, and 450 researchers are currently divided among 17 buildings in Cambridge.

The cornerstone of Harvard’s new innovation cluster will be the Science and Engineering Complex, a state-of-the-art teaching and research facility featuring active-learning classrooms, advanced machine shops and fabrication facilities, and laboratory space for faculty and student research. Following the city of Boston’s recent approval to break ground on the nearly 500,000-square-foot complex, work is now underway and the facility is expected to open for the 2020-2021 academic year.

“We are moving steadily toward the day when our faculty, students, and researchers will occupy one of the world’s most advanced academic science and engineering facilities. We look forward to SEAS becoming an important anchor to the region’s newest cluster of innovation and discovery,” said Francis J. Doyle, John A. Paulson Dean of SEAS and the John A. and Elizabeth S. Armstrong Professor of Engineering and Applied Sciences.

Paulson, M.B.A. ’80, whose generous support solidified the future of the School, noted, “SEAS is the next frontier for Harvard, and its expanding campus in Allston promises to become the next major center of innovation.”

Leveraging the strengths of the region while planning with the community for the future, in 2013 Harvard finalized a 10-year master plan to organize its efforts. The plan calls for the renovation of buildings that bring executives to campus for study and collaboration; the development of parks and social spaces for the University and community; and the creation of 1.5 million square feet of new academic, research, and administrative facilities.

“The planning process alone was an incredibly productive exercise that meshed Harvard’s vision for this campus transformation with the vision that Allston residents have for their own community,” said Katie Lapp, Harvard’s executive vice president. “Not only will there be local benefits from this University expansion, but the innovative discoveries that it enables and brings to market will have global impact.”

Many of the projects that received approval through the master plan are now underway and have already begun to further activate the neighborhood with academic spaces, housing, retail, dining, and green space. Additionally, a planned Allston Greenway will add a string of public parks running continuously from the Honan-Allston Branch of the Boston Public Library to the Charles River.

Development in recent years along the Western Avenue corridor, which bisects the Allston campus, has brought a number of resources on which students and neighbors alike have come to rely. The Harvard Ed Portal welcomes residents of Allston-Brighton for programming that includes both youth and adult education, with a faculty lecture series, wellness resources, arts programming, Harvard student mentors, and workforce and economic development. The Harvard Ceramics Studio offers adult classes and gallery space for artists, scholars, and scientists. And Harvard’s three innovation labs — the i-lab, Launch Lab, and Life Lab, which opens this fall — afford students, faculty, and alumni the space and resources to launch their startup ventures.

The University also has set aside an expanse on Western Avenue to invite companies, incubators, startups, and social enterprises — whose work would be likely to thrive in a research-based environment — to join Harvard in developing the new community. This enterprise research campus took a step forward with the recent hiring of Steven D. Fessler to serve as Harvard’s head of enterprise real estate and oversee private development aligned with the University’s strengths.

“Harvard Business School looks forward to ceding its status as the only Harvard School in Allston, and we are excited by the wide-ranging opportunities for collaboration we see with SEAS, and in the enterprise research zone more generally,” said Nitin Nohria, dean of HBS. “I can think of nothing that will have more of an impact on the future of HBS, Harvard, or Boston than this innovation cluster. It’s a remarkable moment in the history of the University.”