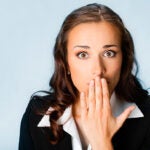 Research gives edge to fessing up

A group of astronomers and technology entrepreneurs has announced an audacious plan to send a fleet of tiny spaceships traveling at a fifth the speed of light to the nearest star, Alpha Centauri.

The plan would see humankind leap out of the solar system with the aid of an ultralight vessel made of what are essentially cellphone components and a thin, reflective light sail propelled by an enormous array of Earth-based lasers.

The plan was largely drafted by a team of Harvard astrophysics students and fellows led by Astronomy Department Chair Abraham Loeb. Loeb, the Frank B. Baird Jr. Professor of Science and director of the Institute for Theory and Computation at the Harvard-Smithsonian Center for Astrophysics, was approached last summer by Yuri Milner, a Russian Internet billionaire, and Peter Worden, the former director of NASA’s Ames Research Center. Worden is the executive director of the effort, called “Breakthrough Starshot.”

Milner has pledged $100 million in seed money for the project, which organizers expect will require billions of dollars, 20 years to launch, 20 years to reach Alpha Centauri (a binary system where two stars orbit each other), and four years for the beamed signal to reach Earth.

Loeb spoke with the Gazette about the project and the importance of visionary ideas to excite the imagination and inspire a new generation of scientists.

GAZETTE: This seems like a giant leap. From a technological standpoint, is this harder or easier than sending a man to the moon was when President John Kennedy first announced it in 1961?

LOEB: I think it’s harder. Back then we had the technology. It used chemical rockets. All we needed to do was to build a sufficiently massive rocket that could carry a person safely to the moon. So there were engineering challenges, but the technique of making it was already demonstrated.

Kennedy said, “We are doing it because it’s hard, not because it’s easy,” and that vision of going beyond Earth inspired a generation. A lot of young people went to work on space-related things, and there were benefits to society from the technology that was developed. There was a political context of beating the Russians, of course, but if you think of it from a scientific perspective, this vision was really uplifting, people were inspired by it.

Oscar Wilde said, “We are all in the gutter, but some of us are looking at the stars.” And the way I see it is having a vision for something bigger could inspire a generation to work toward it.

GAZETTE: What are the biggest challenges, the things we have to develop?

LOEB: This method we’re talking about was conceived as soon as the laser was invented. Back in the ’60s, Robert Forward suggested using lasers to push a sail to high speeds. The pressure of the radiation — the light on the sail — is pushing it. You can get up to the speed of light in principle because you’re pushing it with light.

The problem back then was that people thought that they needed to take humans along, and the weight of the spaceships would have been tens or hundreds of tons — very massive things, very difficult to construct.

The big technological advance over the past decades has been the miniaturization of electronics, smart electronics. It was all driven by the cellphone industry. If you look at an iPhone and strip it from the case and the human interface, you’re left with smart electronics that weigh roughly a gram, much lighter than anything else to use. You can also build a sail that weighs roughly a gram, one that stretches a few meters in size. And in terms of lasers, there were big advances in putting together many small lasers and combining their beams into a single beam.

There were these technological advances, but nobody put them in the context of space. Within a couple of months, we will launch wafers — small chips that include smart electronics — into space for the first time. We have a team member, Zac Manchester, a postdoc at Harvard’s engineering school who is now working with me, who did his Ph.D. on this subject. We will launch a mother rocket and then release 100 of these into space just to see how they behave, how they survive at low temperatures.

The goal of the project is to get to the nearest star within the lifetime of our generation. The nearest star is four light years away, meaning that it takes four years for light to make it from the sun to that star, and that means a spacecraft needs to be launched at a fifth of the speed of light in order to get there within 20 years.

GAZETTE: Is there a limit to how fast you can accelerate these little crafts?

LOEB: In principle, if you put more power behind them, you could get them to higher speeds, or you could make them a lighter weight. But what we’re trying to achieve is already very challenging, so we’re trying to do the minimum necessary to achieve the goal. You need 100 gigawatts, roughly, for two minutes, in order to do that. There’s a certain distance out to which you can focus the laser light and still have the beam small enough that it focuses on the sail and doesn’t diverge. And over that distance we need to reach a fifth of the speed of light. That tells you how powerful the laser should be.

Just for comparison, a space shuttle launch lasts 10 minutes, and it consumes a very similar amount of energy as what we need, but we give it to a gram-scale spacecraft instead of the very massive space shuttle.

GAZETTE: What do we expect to see at Alpha Centauri when we get there? And it’s just a flyby, right?

LOEB: Right. It’s a flyby because it’s very difficult to stop something moving at a fifth the speed of light. The biggest cost is the launch, the infrastructure. Once we have that, we can launch every day, we can have hundreds of them going there or in different directions.

The first phase will actually be exploration of the solar system. Just to give you an example, to get to Pluto it would take three days instead of the 9½ years it took New Horizons to get there. If we launch at a fifth of the speed of light, it’ll get there the same week.

You can imagine FedEx sending packages to Mars, arriving the same day. This will allow exploration of the solar system first. For example, there is this moon of Saturn called Enceladus where you see plumes of water vapor coming out, and people think that under the icy surface there is liquid water and perhaps life. One way to find out is to go through the plumes and try to detect the fingerprints of life, these biomarkers.

These spacecraft are so cheap — the ones we are launching in two months were about $20 apiece — you shouldn’t worry about sacrificing some of them that crash against the surface of an object. If they miss their goal or something bad happens to them, it’s not a big deal. You just send more. We will try to demonstrate this by launching a swarm of these guys around the moon first, taking pictures. There is a lot that one can do within the solar system.

GAZETTE: Are there planets near Alpha Centauri?

LOEB: We don’t know if there’s a planet in Alpha Centauri right now. But by the time we construct this system capable of launching something at a fifth of the speed of light, we will know for sure. Then we can target those planets. When I look through the window of my house at the back yard, it often looks the same. But if I walk out into the back yard, I find new things. I see a rabbit, a bird, and going to those distant places will allow us to find new things that we hadn’t expected.

Columbus aimed for the East Indies by sailing westward, and he found the New World, something he didn’t expect. It’s part of any exploration. Once you go on the journey — even though you are motivated by one thing — you find many other things.

GAZETTE: When Yuri Milner and Pete Worden came in to talk with you about the project, did you think “this is crazy,” or did you warm to the idea immediately?

LOEB: I said, “Look, I need some time to look into the suggestions people made over the years and see if anything looks practical.” I asked my students and postdocs, “Who wants to be involved in this?” and most of them agreed. And since July 2015, we had weekly meetings, we basically went through all kinds of proposals that people have made. The only one that looked feasible is the one where you leave the fuel at home and you’re pushing the thing from behind with a laser or with a light beam.

In December, when we go on winter break, I usually go to Israel. I went there, and my wife said, “Oh, let’s go with the family to a goat farm in the southern part of Israel.” Then the morning we were about to go, I get a phone call from Pete Worden, saying, “Yuri wants you to report on the findings of your group next week, at his home.”

So I said, “OK.” But we got to the goat farm and there was no Internet there except at the office. So at 6 in the morning, I sat with my back to the office so I could get reception and started working on my presentation. And I thought to myself, “I’m looking at these goats — some of them were born just the day before — and writing a presentation trying to advocate interstellar travel for the first time in human history. The people at that farm would never imagine that was happening.”

GAZETTE: How has the response been?

LOEB: The response was overwhelming. I got hundreds of emails from people wanting to be part of this. But it’s not about the announcement; it’s about starting to work on these challenges.