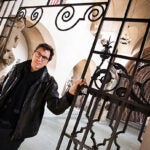 New York Times chief film critic A.O. Scott ’87-’88 visits Harvard on Thursday to discuss his new book, “Better Living Through Criticism.” Scott, who began his career at The New York Review of Books, joined the Times in 2000. A professor of film criticism at Wesleyan University, he will publish a collection of his film writing in 2017.

GAZETTE: This interview is going to take the form of a Q&A, which you use in your book to have very direct conversations (with an imaginary interviewer) about criticism. So what’s your critique of the Q&A as an art form?

SCOTT: I’ve been on your side of the conversation many times, and I’ve always liked it as a reader. When I was young, I had a subscription to Rolling Stone and I loved the interviews — the illusion of immediacy and hearing the person’s voice uninflected and the personality of the interviewer. It’s a drama. It has a kind of tension that a profile doesn’t always have. I was inspired to write part of the book in dialogue by a few different literary sources. The main one was Oscar Wilde’s “The Decay of Lying.” I thought it would be a way to loosen up the book a bit.

GAZETTE: “Better Living Through Criticism” is presented as an account of an argument with Samuel L. Jackson that propelled the idea for the book, but the acknowledgements say otherwise — that the book was many years in the making. How long was the process, and how did you come to decide it was a worthy topic?

SCOTT: I’ve been thinking about it my entire life. In a way I’ve never really been or wanted to be any other kind of writer. I guess the more immediate inspiration pre-Samuel L. Jackson was in 2011. There was a lot of discussion at that time, a flurry of articles and symposiums and discussions about the future of criticism, and social media. Wasn’t it true that critics were on the way out? There was some celebration of that and some doomsday. I tended to be skeptical, having lived in the newspaper business through a lot of scary moments and panic. I thought maybe I could explain to the world what criticism is and why it exists. The questions I wanted to be asking were more abstract and dragged me into philosophy and intellectual history. The anti-critical bias is very old and never goes away. You could find people complaining about the critics in ancient Greece and ancient Rome the same way you do now.

GAZETTE: Can you talk about criticism and how it relates to the humanities? It’s a time when some elected officials are considering pulling money from public universities for liberal arts education.

SCOTT: I teach college students, and I have children that age. I’m very concerned by the spirit of utilitarianism that’s taking over education. These are very narrow ideas about outcomes, and that fills me with horror. I believe the humanities exist not to be immediately useful, monetized, or instrumentalized, but to wake us up and stir our curiosity and turn us into more ethical, critical, more alert people. For four years, people can do things that aren’t useful — learn about painting, literature, and poetry — and then figure out how to turn that into something productive.

GAZETTE: In your book, you write about making a difference. Do you worry that you do — that you could derail an actor’s career, or crush a director’s livelihood?

SCOTT: I’m not sure I have that individual power, but I know that I can certainly do harm. What I more think about is the obligation to my readers. In making “The Revenant,” the cast talked about how hard a shoot it was, how cold it was, how hungry they were. That doesn’t make it any better a movie as far as I’m concerned. And that’s not something that someone buying a ticket should have to take into account. I’m saying it in public so I have to say it with decorum with a reasonable argument to back it up, but I have to be honest.

GAZETTE: How did Harvard contribute to your career as a critic? Were you able to start to find your voice here?

SCOTT: I was very academically focused as an undergrad. I went to the Brattle Theatre and saw a lot of movies, but I never wrote for any campus publications. But I studied literature, so I was interested in criticism. There were classes I took with Barbara Johnson and a visiting seminar with Fredric Jameson. Those influenced me in specific ways. It was also more the ordinary rhythm of work and reading and writing and going to the library and that kind of wandering that happens. You look for one book and you find another book one shelf down and three books over to the left. Harvard was the first place I was where people were serious and I could be serious.

GAZETTE: Watching how the issue of racial inequality pervaded the Oscars raises the question of how it relates to movie critics. How would you characterize the state of film criticism through the lens of race?

SCOTT: It is important, and there’s plenty of room and obligation for self-examination in journalism as well. It also needs to open up. The Oscars and movie industry have presented a particular opportunity to talk about these things. Movies that are more nuanced about popular culture — a movie like “Creed,” for example — don’t really register and critics are guilty of some of that too. We pre-sort movies in terms of genre or what audience they’re appealing to [but in doing so] miss some very interesting and innovative work. We also need to tend our own garden as well.

Scott speaks in the Thompson Room at the Barker Center Thursday at 4 p.m. On Friday at 6 p.m. he’ll be at the Brattle for a Harvard Book Store event.