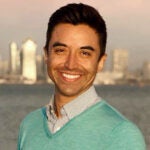 At the intersection of sexuality and spirituality

Muslim communities must be invited to become part of the solution, Homeland Security chief says

We are in a “new phase” of global terrorism in which attacks against the United States are now being planned and executed by people living here, so it is essential that the federal government ask local Muslim communities to help counter the appeal of violent extremist messages, said U.S. Secretary of Homeland Security Jeh C. Johnson during an address Monday evening at the Harvard Kennedy School (HKS), just hours before terrorists with ties to the Islamic State killed dozens in Brussels.

While a new pilot effort to do just that is underway in many cities, including Boston, much more work needs to be done to better engage and understand local Muslim communities, in order to undo the distrust felt by some toward the federal government, he said during a pitch to students on the value of public service and the many opportunities across the agency that are available to them.

Johnson’s call for bridge-building came just as some presidential candidates stepped up rhetoric urging the government to take action to regulate Muslims.

On Tuesday, Sen. Ted Cruz (R-Texas) called for law enforcement “to patrol and secure Muslim neighborhoods before they become radicalized.” Businessman Donald Trump has demanded that Muslims be banned from entering the country, a move Johnson criticized “because not only is it wrong, it is contrary to our Homeland Security interest for this suggestion to gain any kind of traction and courtesy,” he said. 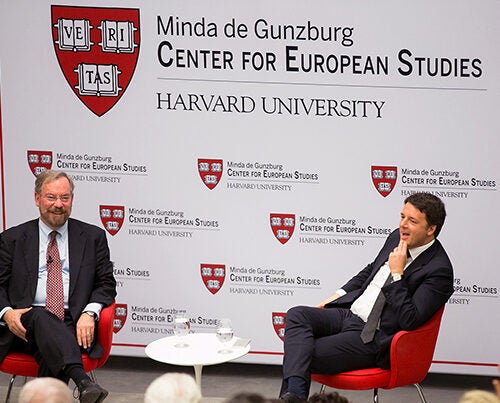 “It’s crucial in the current phase we’re in, we build bridges to the Muslim communities in this country and not vilify them and drive them into the margins of our society.”

Part of protecting the country involves the thorny issue of immigration. Johnson, who is named in United States v. Texas, a controversial and significant immigration case that goes before the U.S. Supreme Court next month, said immigration is the hardest issue he’s had to confront in government, more complicated than U.S. policies on drone strikes, Guantanamo Bay, and the end of the military’s “Don’t Ask, Don’t Tell” policy on gays in the military.

But despite the hardships experienced by foreign nationals, maintaining border security is crucial, and he said those who have crossed illegally must be returned once their legal remedies have been exhausted because, “We can’t have open borders.”

Asked whether the American public’s perception of the threat of terrorism matches the reality and whether President Obama shares a sufficiently sober view of that threat, an idea raised in a provocative new interview in The Atlantic, Johnson said it’s the job of the president and Homeland Security to soothe public anxiety while ensuring that effective safeguards are in place.

“People understand that in a free and open society — where we celebrate freedom to travel, freedom to associate, [and] privacy — that you cannot eliminate and erase all risk,” he told Graham Allison, the Belfer Center director and the Douglas Dillon Professor of Government at HKS. “But it’s incumbent upon us to keep telling the American public all the things we are doing to reduce, if not eliminate, that risk.”

Indeed, the recent dispute between Apple and the FBI over phone encryption underscores the need for a “recalibration” between privacy and national security concerns and where the line should be drawn, Johnson said to Juliette Kayyem, a Belfer Center lecturer and a former assistant secretary at the Department of Homeland Security.

“I’m not smart enough to know the solution myself, [but] I do know that if we brought together stakeholders from the tech sector, from privacy/civil liberties communities, from the intelligence community, the law enforcement community, the national security community…we could figure this out,” he said. “And I think we will — eventually.”