In his own works 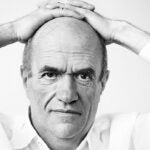 Bound in handsome red leather with gold-trimmed pages, the 1623 First Folio of Shakespeare rests in its own display case at Houghton Library’s Edison and Newman Room, a precious gem in a new exhibit marking the 400th anniversary of the Bard’s death.

It couldn’t be any other way.

A copy of the First Folio of “Mr. William Shakespeare’s Comedies, Histories, and Tragedies” sold at a Christie’s auction for about $6 million in 2011, but the value of the works inside cannot be measured in money.

The First Folio contained 36 plays, including 18 that had never been printed before — “Macbeth,” “The Tempest,” “Julius Caesar,” and “Twelfth Night,” among them. Edited seven years after his death by his friends and fellow actors John Heminges and Henry Condell, the volume secured Shakespeare’s colossal place in Western literature.

“Were it not for the First Folio, 18 plays would not have come to us,” said Peter Accardo, programs coordinator at Houghton. “Half of the Shakespearean canon would be lost.”

Along with the First Folio — one of 230 existing copies — “Shakespeare: His Collected Works” includes 80 rare objects drawn from Houghton and other libraries. The exhibit runs though April 23.

Early Shakespeare publications are also on display. Among them is playwright and poet Nicholas Rowe’s “The Works of Mr. William Shakespeare” (1709), which modernized punctuation and spelling and divided plays into acts and scenes. This was the first publication of Shakespeare available to Harvard students, listed in the library catalog in 1723.

Visitors to the exhibit will find a volume from 1609 open to the famous sonnet with the even more famous first line, “Shall I compare thee to a summer’s day?” A 1598 edition of one of the early comedies, “Love’s Labour’s Lost” sits next to a 1608 edition of “King Lear.” Also featured is the Third Folio, published in 1664, which includes the play “Pericles,” the authorship of which is considered apocryphal.

With his insight into the tragedies and absurdities of the human condition, Shakespeare influenced generations of writers. The exhibit highlights his impact through work by e.e. cummings, Emily Dickinson, and Ralph Waldo Emerson, who called Shakespeare “master of the revels to mankind.”

Because Shakespeare cannot be fully understood without performance, the exhibit showcases stagecraft and theatrical memorabilia linked to famous Shakespearean actors, such as a handkerchief used by Uta Hagen in the role of Desdemona in a 1943 Broadway production of “Othello,” and a rapier used by Edwin Booth as Hamlet in a mid-19th-century performance.

Also shown is a promptbook that belonged to British actor Sir Ian McKellen, who performed the one-man show “Acting Shakespeare” in Boston in 1987. He wrote his impressions with a quick sentence: “The returns were excellent” but “the theater was dirty.”

Harvard’s latest celebration of Shakespeare’s legacy includes a role for Stephen Greenblatt, the John Cogan University Professor of the Humanities and author of “Will in the World.” Greenblatt will deliver a lecture titled “Editing Shakespeare for the Digital Age” at 5:30 p.m. Tuesday at the Thompson Room, Barker Center.