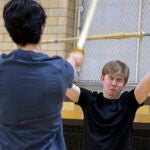 A Harvard break for adventure

In honor of his generous support for Harvard’s House renewal project, the new five-story addition to Winthrop House will be named Robert M. Beren Hall after the alumnus of the Class of ’47, M.B.A. ’50.

Beren, a former Winthrop resident and a lifelong philanthropist, has supported Harvard through a variety of programs, including funding for the state-of-the-art Robert M. Beren Tennis Center, multiple faculty chairs, and Jewish student life. He saw the Winthrop House project as a unique opportunity to have a lasting impact on generations of students to come.

“My time as an undergraduate — as was the case with so many of my classmates — was interrupted by World War II. On my return, I spent summers making up for the time missed while serving in the Army. But in spite of those hurried years, I left college for the Business School with warm memories and a soft spot for both the College and Winthrop House. My son Adam ’83 was also a resident of Winthrop House during his years at Harvard,” Beren recalled.

“It’s my hope that this support for House renewal will provide generations of students with housing facilities worthy of Harvard, and that Robert M. Beren Hall, in particular, will serve as a cornerstone of a renewed Winthrop House,” he said. 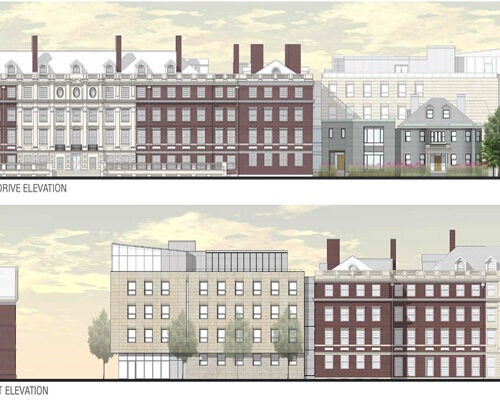 Winthrop House’s current buildings, Standish and Gore halls, opened to freshmen at the College in 1914. As the House plan took shape under Harvard President A. Lawrence Lowell in the late 1920s, these neighboring structures became Winthrop House, named in honor of Harvard President John Winthrop, a member of the Class of 1732.

“Bob Beren’s incredible generosity comes at a momentous time for House renewal,” said Michael D. Smith, the Edgerley Family Dean of the Faculty of Arts and Sciences. “Having seen the transformational impact that the process has had on our first fully renewed House, Dunster House, we’re excited to move forward with our vision for Winthrop, which will strengthen the close-knit community that is at the heart of our House system, while better meeting the needs of today’s students.”

Ronald S. Sullivan Jr., J.D. ’94, and Stephanie Robinson, J.D. ’94, co-masters of Winthrop House, applauded Beren’s generosity. “Every year, we see the vital and unique role that the House system plays in the student experience at Harvard. And when Robert M. Beren Hall opens, we know this space will provide invaluable opportunities for students to convene, collaborate, and to just unwind,” they said in a statement.

The House renewal project broke ground in 2012 with Stone Hall at Quincy House. It has since transformed Leverett House’s McKinlock Hall and, most recently, Dunster House. Winthrop House will begin the process in June.

“A Harvard education extends far beyond the classroom, and it is in the Houses that students can get to know their classmates and mentors, learn and grow together, and form relationships that will enrich their lives for many years to come. Bob Beren’s generosity and vision for Winthrop will have a lasting impact, and I look forward to seeing Robert M. Beren Hall represent his outstanding dedication to this University,” said Harvard President Drew Faust.

The Beren family will join members of the Winthrop community, College leaders, and Dean Smith this spring for the groundbreaking ceremony of Robert M. Beren Hall.