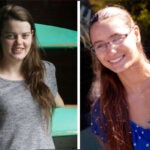 So near, so far, at Harvard

After 15 months of construction, the renewal of Old Quincy — the neo-Georgian portion of Quincy House — was completed Saturday when it was renamed in honor of Robert G. Stone Jr. ’45, the late senior fellow of the Harvard Corporation, during a ribbon-cutting ceremony held in the House’s O’Donnell Courtyard.

The House, which reopened to undergraduates three weeks ago, is the first fully renewed building in the effort to re-imagine and reconstruct Harvard’s undergraduate Houses to support living and learning in the 21st century, while also preserving their historic character. The building is now fully accessible for those with disabilities, is LEED Gold certified as environmentally friendly, and includes new social, music, and learning spaces.

The event’s keynote speaker, Faculty of Arts and Sciences (FAS) Dean Michael D. Smith, saluted the critical contributions that students, faculty, alumni, administrators, architects, and engineers made to the project. He also noted the importance of the House renewal project to the future of undergraduate life at Harvard.

“House renewal is predicated on one core belief,” said Smith, the John H. Finley Jr. Professor of Engineering and Applied Sciences in the School of Engineering and Applied Sciences (SEAS). “The Houses are among Harvard’s most important learning places. They are communities where risks are taken, confidence is built, and connections are made with peers, faculty, and tutors. The Houses bring Harvard, the research University, down to scale, shaping memories and forging friendships that last a lifetime.”

Lee Gehrke, master of Quincy House with his wife, Deborah, said it was a “momentous and historic day, not only for Quincy House but for all of the Harvard Houses and for Harvard College.”

The renewal process has always “been about much more than bricks and mortar and physical improvements,” said Gehrke. “We can already see that the renovations are having a dramatic effect on the student experience through improved living spaces and learning spaces and tutor advising communities.”

Gehrke, professor of health sciences and technology and microbiology and immunobiology at FAS and Harvard Medical School (HMS), listed many of the improvements to the building — ranging from complete accessibility to new meeting, social, and art spaces to a new innovation room that will facilitate more student-faculty interaction. One important change brought a particularly big cheer from the crowd.

“Walk-through bathrooms,” Gehrke declared to enthusiastic applause, “are now a thing of the past at Quincy House.”

Stone, who died in 2006 after serving on the Corporation for 27 years, also co-chaired two of Harvard’s capital campaigns and was known as an enthusiastic fundraiser. He had interrupted his Harvard studies to serve in the Army during World War II, and returned to captain the heavyweight crew that set a record for 2,000 meters in 1947.

A host of Stone’s family members attended the event, including his widow, Marion “Tissa” Stone; his daughter, Jennifer Stone ’80, M.D. ’86; his son, R. Gregg Stone ’75, J.D. ’79; and his brother, Galen Stone ’43. Also attending were donors to House renewal, Quincy students, faculty members, and administrators from across the College.

Quincy House committee co-chairs Ginny Fahs ’14 and James Wood ’14 relayed to the audience some of the comments they’d heard from students living in the renovated space: “Elevators make fourth-floor living so much easier. Now, I’m going to have to work out, though,” and “Oh God, oh God, oh God!  So pretty!”

Former Dean of the Faculty Henry Rosovsky read a letter from President Drew Faust in which she highlighted the importance of renewal and lionized Stone Hall’s namesake. Citing his creation of a financial aid fund that supported more than 260 undergraduates, Faust hailed Stone’s devotion to students, as well as his “tenacity, vigor, and generosity.”

“Bob Stone was truly one of a kind:  a sage advisor, tireless volunteer, passionate advocate, and committed son of Harvard,” Faust wrote. “I can think of no better way to honor his memory than for future generations of Harvard students to call Stone Hall their home.”

Rosovsky and others remembered Stone as a tall, strong man who enjoyed a party and the sea, amusingly combining the two by creating a spigot on his boat that dispensed rum. In addition to this “external Bob,” Rosovsky noted that there was also an “inner Bob” who “understood and upheld Harvard values,” including the importance of change.

“When Bob died in 2006,” Rosovsky said, “he probably understood that Harvard was, in many ways, a much better place than when he graduated in 1945, and he would be justifiably proud of that achievement.”

According to Gregg Stone, while “Harvard College was the cause of his [father’s] life,” the “thrill of fundraising” was not far behind.

The renewal of Stone Hall was made possible by a gift from James Rothenberg ’68, M.B.A. ’70, and his wife, Anne.

“Anne and I are grateful for this opportunity to honor Bob Stone, a truly extraordinary Harvard citizen. Bob’s many contributions to the University are legendary. And with the unveiling of Stone Hall, it is fitting that his name will now grace one of Harvard’s most enduring traditions,” Rothenberg said in an emailed statement.

“The House system is the heart of the College experience,” he added. “We’re pleased to be a part of an effort that effectively will transform a liberal arts education in the 21st century. Undergraduates will experience Harvard as they never have before.”

In their comments, Faust and Smith highlighted the importance of the contribution to House renewal and to the University, as well as the contributions of other alumni donors.

At the conclusion of the ceremony, the Gehrkes passed the ceremonial torch — or in this case, hard hat and shovel — to Howard and Ann Georgi, masters of Leverett House, the neo-Georgian portion of which is currently under reconstruction.

Construction on Stone Hall, the first House renewal test project, began in June, 2012.  The neo-Georgian portion of Leverett House — which, unlike Stone Hall, includes public spaces such as the master’s residence and the dining hall —is in the process of being renewed, and is expected to reopen next August.

Stone Hall and Leverett’s McKinlock Hall were designed as test projects through which architects and administrators could assess design, construction, and financing concepts, before attempting to renew a full House.

“Through the Old Quincy test project, we have learned an enormous amount,” Smith said. “But we are not done learning. We will learn even more from the students who now live here. We will put those lessons to good use in our next projects: Leverett-McKinlock and our first full House project in Dunster.”

Dunster is the first full House scheduled for renewal, beginning next June. During construction, students from affected Houses live in nearby swing space that, beginning next year, will be centered on the building that formerly housed the Inn at Harvard.