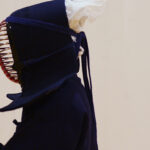 The way of the sword

Hasty Pudding honors ‘Scandal’ star as Woman of the Year

Hasty Pudding Theatricals’ 66th Woman of the Year brought a touch of scandal to Harvard Square on Thursday. Kerry Washington, known to many as Olivia Pope from Shonda Rhimes’ hit TV show “Scandal,” came to campus for a day of celebration and to receive the Pudding Pot, Hasty’s highest honor.

Washington, who arrived in a spirited mood from the L.A. set of “Scandal,” first embarked on a tour of the historic Hasty Pudding Clubhouse, led by group historians Dan Milaschewski ’17 and Betty Lema ’17. Emerging from an initiation ceremony in the basement, she said, “I actually feel closer to all of you.”

Next came a stop to sign the guest book, and then she was given her medal and ceremonial scarf.

“This is beautiful,” Washington said.

“Do you promise to wear it every day?” a Hasty Pudding member joked.

Raising her hands in the air, Washington exclaimed, “Best day ever!”

For millions of Americans, watching “Scandal” on Thursday nights is like gathering around an electronic campfire. At Harvard, the Black Students Association hosts screenings at different locations around campus.

Washington, whose performance in the show has made her a star, took some time during her visit to talk about her work, saying she was initially hesitant about getting into television.

“It was a little bit of a leap into the unknown,” she said. “It was one of the best decisions I’ve ever made in my life to pursue that character [Olivia Pope], then to get it was such a gift.”

Per tradition, Hasty Pudding members dressed in drag paraded Washington down Massachusetts Ave. On either side of the car, fans yelled “Kerry!” in hopes of getting a wave. One spectator remarked, “I think we really connected,” after a return wave from Washington.

Among the crowd was a group of friends whose bond developed when they started live-Tweeting one another five years ago during “Scandal” watch nights. They finally connected in person after all choosing Boston colleges, and reunited again for the parade.

After the parade comes the roast, where Washington revised her “best day ever” to “best worst day ever.” The guest of honor was subjected to a number of harsh challenges to earn her Pudding Pot, smashing everything from a piñata to a series of balloons emblazoned with her face.

“That’s, like, against my Neutrogena contract!” Washington joked in response.

When presented with a laptop, Washington turned to the audience in shock. “Someone needs that!” she said. After Hasty members assured her it was already broken, she reluctantly agreed to the task.

In her acceptance speech, Washington offered some words of advice. “Don’t stop stepping into other people’s shoes,” she said, perhaps a reference to the elaborate costumes of her Hasty hosts. “Repeat after me,” she implored the crowd, “I will never forget how lucky I am to be here.” And just as no one says no to Olivia Pope, the crowd obliged.