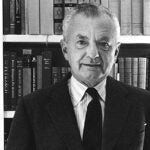 Present and former Harvard students will study in Beijing

Six Harvard students have been selected to attend Tsinghua University in Beijing as part of the inaugural class of Schwarzman Scholars. The new, one-year master’s degree program is designed to assist future leaders who are now pursuing public policy, economics and business, or international studies and who wish to tackle the many challenges facing China’s rapidly changing political, economic, and social landscape and ultimately build greater understanding and closer relationships between 21st-century China and the world.

Christian Føhrby, 25, received an A.B. in government from Harvard College in 2014 and an M.S. in global politics from the London School of Economics and Political Science. A native of Denmark, Føhrby was very active in Harvard’s music and theater communities as a performer, writer, and director, and believes art can help build the civic awareness and cooperation needed to better U.S.-Chinese relations.

A Harvard College senior, Jonathan Jeffrey, 21, is studying history with an emphasis on U.S. foreign policy that he hopes will help prepare him for a career as a diplomat. Jeffrey helped draft the College’s first honor code, serves on the Honor Council, and is a research assistant to former ambassador R. Nicholas Burns, who directs the Future of Diplomacy Project at Harvard Kennedy School.

Now studying sociology and economics at the College, Rugsit Kanan, 22, is president of the Harvard Association for U.S.-China Relations, which promotes dialogue between young leaders from both nations. He also plays chess for Thailand’s national team and enjoys writing poetry in Thai, Mandarin, and English. After working in financial services, ultimately Kanan would like to help Thai businesses and scholars connect with opportunities in the United States and China.

Bonnie Lei, 23, is a 2015 College graduate who studied organismic and evolutionary biology. As a student, she discovered a new sea slug species in the Caribbean, worked on penguin conservation efforts in South Africa and developed new ideas for sustainable agriculture education in Uganda. Lei intends to further her interest in public policy and leadership with an eye toward becoming a leader in interdisciplinary conservation efforts for NGOs and local communities.

Rahim Mawji, 23, graduated from Harvard College in 2015 with an applied mathematics concentration and a secondary concentration in sociology. While here, Mawji, who is from Kenya and Tanzania, served as president of the African Students Association, taught in China, worked with an energy developer in Ghana, did research in South Africa and studied with mystics in Indonesia. He hopes to forge stronger economic and educational ties between Africa and both the Eastern and Western worlds.

J.R. Thornton, 24, graduated from the College in 2014. He was an internationally ranked junior tennis player who played both on the Harvard team and professionally. From the United Kingdom, Thornton spent time in Beijing as a teenager, which inspired his first novel, “Beautiful Country,” a best-seller in China that will be published worldwide by Harper Collins later this year. He intends to enter public service, where he will work toward improving China’s relationship with the United States.