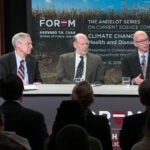 Some Airbnb hosts discriminate on the basis of race, rental study says

The technological innovations that accompany the “sharing economy” have made once-tedious transactions like selling stuff in your garage, finding a ride, or picking up freelance work faster and easier than ever. But according to a new working paper from researchers at Harvard Business School (HBS), the very online platforms that ease access for users can have ugly unintended consequences, including racial discrimination.

In a study of Airbnb’s rental practices, HBS Associate Professor Benjamin Edelman, Assistant Professor Michael Luca, and doctoral student Daniel Svirsky looked at about 6,400 listings in Baltimore, Dallas, Los Angeles, St. Louis, and Washington, D.C., last July. After creating 20 identical but fictitious profiles of 10 men and 10 women, they assigned half of each group an either distinctively white- or distinctively African-American-sounding name and then sent messages to Airbnb hosts inquiring about housing availability for a single weekend.

Hosts were 16 percent less likely to approve profiles of people who appeared to be African-American than profiles with white-sounding names, the study found. That discrimination rate remained constant regardless of whether the hosts themselves were white, African-American, male, or female. It also held steady regardless of whether a rental was pricey or inexpensive, or whether the guest and host would share the property during the stay.

Edelman, Luca, and Svirsky spoke with the Gazette about their findings and the potential legal and policy implications of this research.

GAZETTE: Can you explain what you were trying to find in the study?

EDELMAN: There’s so much to like about new online services. They can be faster and cheaper and more convenient. The glass is definitely at least half-full. But how could they be better? We see a few areas for improvement. One that really caught our eye was the prospect of discrimination, where certain users are treated differently due to irrelevant factors such as race. So we set out to see whether that was, in fact, a problem on Airbnb, a popular platform for short-term accommodations. We found that indeed it was a problem. In particular, black guests tend to have trouble getting approved to stay in a host’s Airbnb listing. And that problem actually seems to be quite far-reaching across the spectrum of properties, across the United States, across a variety of dimensions.

GAZETTE: Did these results surprise you?

EDELMAN: Looking at the Airbnb site, we suspected there would be a problem because Airbnb presents hosts with information that almost invites them to discriminate. In particular, when applying to a host, a guest’s name and face are extremely prominent. Given what is known about discrimination and biases, and given the design of Airbnb’s service, it would have been surprising if guest race didn’t have an effect. That said, we were surprised by the persistence and prevalence of discrimination. For example, we found discrimination both among small mom-and-pop hosts, and also for larger hosts who rent out multiple properties and have little interaction with guests.

LUCA: We didn’t have a strong instinct one way or the other. But we were not shocked by this finding. Whatever preconceptions there might be about African-American guests, it’s not necessarily the case that African-American hosts will have different preconceptions. As economists, we were particularly interested in the interaction between the race of the host and the race of the guest, since this yields clues about the factors that drive discrimination. There’s a difference between what is referred to as statistical discrimination (where hosts are trying to use race as a proxy for something else, like wealth) and other types of discrimination, such as in-group bias, where hosts prefer guests of the same race. The policy prescriptions are often different, and so are the implications for where and when we should expect discrimination to surface. Taken in aggregate, our results point toward discrimination that is not simply in-group bias.

GAZETTE: The discrimination by hosts was constant across a range of factors, including their race, gender, class, and how often they rented their homes. Even the city where the property was located did not appear to influence the bias against African-Americans. Why is this happening?

SVIRSKY: On a practical level, discrimination is occurring due to the design of the Airbnb platform. Airbnb makes it awfully easy for hosts to consider factors that they probably shouldn’t be thinking about. As to why the discrimination is happening, our data doesn’t let us see what goes on in a host’s mind. Certainly one might expect that a city like Los Angeles would be different from Dallas, but in our data that wasn’t the case. The one exception we found is among hosts who have at least one review from an African-American guest. As one would expect, these hosts discriminated less. The ubiquity of discrimination — from LA to Baltimore, from professional hosts to amateur ones — suggests that many types of hosts make inferences based on race, even hosts you might not expect. But the one exception we found suggests that such race-based discrimination is not universal. If, for example, hosts are using race to engage in statistical discrimination, then at least one group of hosts is using a different set of statistics. 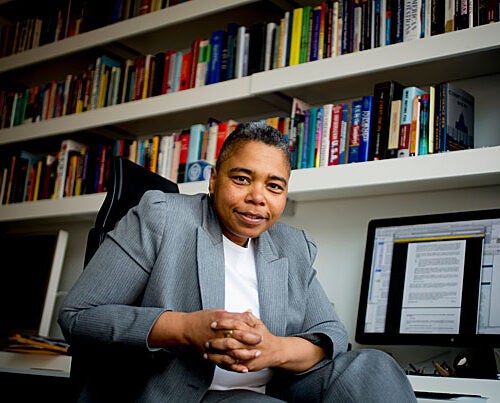 Researcher outlines how ‘bias score’ could be calculated in online delivery

GAZETTE: Is Airbnb aware this is going on?

EDELMAN: We know that Airbnb is aware of the problem. We have received quite a few emails from concerned guests and prospective guests. They alerted us to their negative experiences and the problems that they had. Many of them also forwarded us their correspondence with Airbnb. They’d write in to support, they’d complain, “I requested this property. I was rejected, and the host said the property was taken. But then I looked the next day, and it was still listed as available.” The guests who reported this problem were systematically African-American.

GAZETTE: How do these findings compare to your earlier research on Airbnb rentals and to prior literature about racial discrimination in instruments like resumes and online dating profiles?

Fortunately, experience from other contexts is quite promising on this front. Economists Cecilia Rouse and Claudia Goldin [of the Harvard Economics Department] wrote an important paper about discrimination in musicians’ auditions for symphony orchestras. They begin with the observation that orchestras used to be dominated by men but over time became more balanced. They show that much of this shift was driven by a simple change — having musicians audition behind a screen, so that the evaluator could hear but not see the person playing. When musicians played behind a screen, women and people of Asian-American descent were more likely to be chosen. One doesn’t imagine that the evaluation committee set out to discriminate. But putting up a screen helped decision-makers ignore what the musicians looked like and focus on substance.

Airbnb could implement the same kind of concealment. Hosts need certain information to evaluate a guest: the number and score of reviews the guest received from prior stays through Airbnb, whether the guest has linked accounts from other services, whether the guest has Facebook friends who have been good Airbnb guests. In fact, Airbnb collects and organizes all this information. But with that information on hand, what exactly does a host gain from seeing a guest’s name and picture? The factual information is so much more valuable. Once a host knows all of that about a guest, should the guest’s name or photo make a difference? Making names and photographs less prominent (or removing them altogether) would reduce the extent of discrimination, while retaining the valuable information that Airbnb appropriately and usefully provides.

There are other possibilities, too. Airbnb has a function called “instant book” which allows a guest to choose to stay in a property without a further screening process by a host. By skipping the step in which hosts have the opportunity to consider irrelevant information about race, this eliminates the problem of discrimination. Of course, many hosts are hesitant to allow their properties to be made available for instant booking, so this isn’t likely to be a complete solution.

GAZETTE: Although the company argues that it doesn’t decide who gets to rent a property — the hosts do — does Airbnb bear any legal or moral responsibility for the actions of their customers, since they’re facilitating these transactions?

EDELMAN: These questions are timeless. They go back to Cain and Abel: “Am I my brother’s keeper?” Lawyers call this question secondary liability: To what extent is one person or company liable when another takes some action that causes harm to, typically, a third person? Airbnb is providing a listing service: designing that listing service; controlling what information is available; collecting fees in proportion to dollars spent. These facts provide a reasonable basis for a finding that Airbnb is liable for the underlying discriminatory treatment. Now, Airbnb would argue the opposite, that they’re just a passive booking platform.

These questions have not been litigated yet as to Airbnb. Some of them have been litigated as to Uber, bedfellows with Airbnb in transforming a different portion of the economy. In Uber, the Pennsylvania Public Utilities Commission just last month issued a lengthy decision that, among other things, had to engage with these same questions. To what extent is Uber responsible for the decisions and actions of its drivers? They held that Uber holds itself out as an integrated offering. The service is designed, managed, built, billed, and controlled by Uber. On Airbnb, the guests and hosts have somewhat more say than drivers and passengers on Uber. For example, an Airbnb guest picks a specific host, whereas an Uber passenger really doesn’t pick a particular driver, nor vice-versa. Certainly it would be an interesting case, hard-fought on both sides. I don’t think the answer is certain. Ultimately, Airbnb styles itself as being a liberal, nondiscriminatory, forward-thinking company, and actions speak louder than words. So I’m hoping to see some actions in the steps Airbnb takes to reduce discrimination going forward.

GAZETTE: What should lawmakers do to curb this practice, and are there broader policy implications for other companies in the “sharing economy?”

EDELMAN: To the narrow question of discrimination, lawmakers could write a law that left no doubt about their jurisdiction’s requirements. But I’m not sure that there would be an easy political consensus on such a law. Some people are firmly of the view that a host offering rooms in his or her own dwelling is not a normal landlord and should not be subject to the full nondiscrimination laws that apply in other contexts. Other people would see the Airbnb host basically running a little hotel, and wouldn’t want to offer any exception to legal duties that have been on the books for decades already. So it might be hard to get consensus to pass a law on this subject. Separately, I wouldn’t be shocked if state and city nondiscrimination authorities wanted to take enforcement actions based on what we’ve already found. In fact, a couple of them have been in touch with us already. They seem to think, as we do, that there’s no place for discrimination in online marketplaces.