Struggle in the shadows 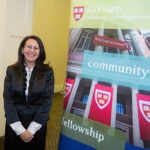 The son of a Mexican woman and a Guatemalan man, Alex came to the United States when he was 4 years old. Growing up in Chicago as a budding artist, he applied to a private art school but was shown the door when he revealed he was undocumented. Shortly after, consumed by anger, his dreams broken, and his life in disarray, Alex was killed in a gang fight.

Alex’s death made a weighty impression on Roberto Gonzales, sociologist and assistant professor at Harvard Graduate School of Education. Gonzales met Alex as a youth worker in the northwest side of Chicago, and became his godfather. For many months after his death, Gonzales wondered where he had failed the teenager.

“He went from high hopes to his neighborhood school,” said Gonzales, pondering Alex’s fate at his office in Gutman Library. “He realized he couldn’t get a driver’s license or get after-school jobs because he didn’t a have a Social Security number. He was stuck in one place, on the outside looking in.”

It is a common narrative of undocumented young adults in the United States, said Gonzales, who has written a book on the plight of children who grow up in the shadows and struggle with feelings of belonging and exclusion in the place they call home.

His book, “Lives in Limbo: Undocumented and Coming of Age in America,” to be published in December, is inspired by Alex, said Gonzales, and hence “intensely personal.”

Mary C. Waters, Harvard’s M.E. Zukerman Professor of Sociology, said in a blurb that Gonzales’ book is “a landmark study on the human costs of American policy failures.”

According to the Pew Research Center, undocumented youth number 2.1 million of the country’s 11 million illegal immigrants. Brought here by their parents, they attend U.S. schools and grow up living the American dream. But when they become adults, their undocumented status leaves them “awakening to a nightmare.”

About 65,000 undocumented students finish high school every year, and between 12,000 and 15,000 don’t graduate. Unable to obtain a Social Security card that would help them further their education and get better jobs, they end up at the margins of society.

Even those who manage to go to college end up only one step ahead of their parents, or, most commonly, in their same situation, working low-wage jobs and making ends meet.

Between 2003 and 2015, Gonzales studied a group of 150 undocumented young adults, chosen in roughly equal numbers of people who had at least two years of college and people who left school at high school graduation or before. Of these, 71 didn’t finish high school and 79 went to college. Of the college-goers, only 41 earned bachelors and advanced degrees. 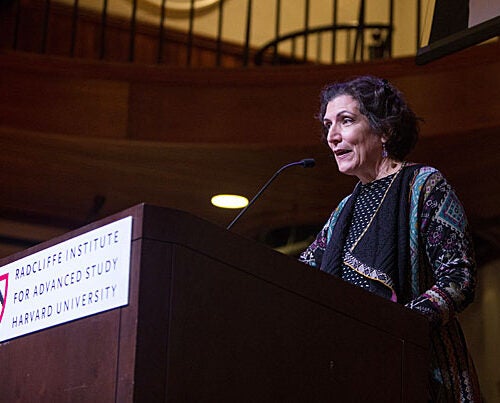 What makes Gonzales’ study distinctive is the long-term involvement with his subjects, which allowed him to see the long-term effects of living without legal status. At the end of his study, many of the young adults he followed — even those who earned college degrees — were toiling in factories, washing dishes, or cleaning offices.

“I saw changes in their lives, but I also saw the long-term effects of life in the shadows,” he said. “When I first met them, they were cheery and optimistic. Years later, they were worn down.”

Undocumented immigrant children are victims of a broken immigration system that rejects them when they become adults after allowing them to attend K-12 schools, Gonzales said. In 1982, the Supreme Court ruled that all children, regardless of their immigration status, have the right to a basic public education.

Illegality, said Gonzales, trumps all of their achievements. For these young people, the transition to adulthood is a transition to illegality. His study shows that it’s not enough for them to get advanced degrees or go to college to achieve a better life.

Recent government efforts to help undocumented youth have been too little too late, he said. In 2010, the DREAM Act, which would have permitted undocumented immigrants who came to the United States as children to gain legal status, failed in Congress. In 2012, the Obama administration passed the Deferred Action for Childhood Arrivals (DACA), which offered legal relief from deportation and allowed undocumented young adults to apply for work permits, but fell short of providing a path to legalization or citizenship.

More than 680,000 students have benefited from DACA, but the program didn’t address other realities: low-income neighborhoods, overcrowded and de facto segregated schools, and the stigma of being undocumented, said Gonzales.

Take Esperanza, a young immigrant Gonzales met in 2002. In 2006, she graduated from college and in 2015 she was working as a receptionist. When Gonzales asked her to ponder whether her life would have been different had she benefited from an earlier legalization program, she lamented the missed opportunities.

Gonzales worries that the voices of Esperanza, Alex, and others like them could be silenced by the contentious immigration debate, often a hot topic during election season. He hopes his book sheds light rather than heat.

Polls suggest a majority of Americans support immigration reform. Gonzales’ book calls for legislation to allow the undocumented to attain full citizenship and prevent the formation of a “disenfranchised underclass.” Such a move would benefit not only the undocumented but the whole country, he said.

“Every one of the 2.1 million undocumented youth has neighbors, teachers, employees, employers, children, partners,” said Gonzales. “It doesn’t make sense to keep them in the shadows.”