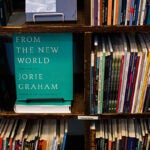 Time to turn the page

Earlier this month, Jon Owens readied for a job that demanded the utmost concentration.

“I’m very detachable,” he said, laughing as he waved several spiraling limbs of paper duct tubing in the air while practicing his best kraken (“a big scary monster with a solid heart of gold,” Owens said).

But the actor-in-training’s session in the space next to Oberon was serious business, helping him prep for some of the toughest critics there are. Soon, children filled the room for a rehearsal of the American Repertory Theater Institute’s production of “The Pirate Princess,” a high-seas reimagining of Shakespeare’s “Twelfth Night.” Owens and his cast-mates didn’t disappoint, wowing their young audience with swordfights, songs, suspense, and silliness.

Engaging a young crowd isn’t as easy as it looks, said the show’s director, Allegra Libonati.

“A kids’ show is the most physically demanding, the most vocally demanding, the deepest acting you have because maybe you are a tentacle and you have to figure out how to put your best acting work into that,” said Libonati, who has led numerous shows at the institute since landing in Cambridge with Diane Paulus, the A.R.T.’s artistic director, six years ago. “That’s actually what creates the resonance on stage.”

Learning how to connect with your audience, young or old, is key at the graduate-level A.R.T. Institute, whose two-year program launches careers in acting, dramaturgy, and voice training.

The Institute’s program has it roots at Yale University. When Robert Brustein took the helm of the Yale School of Drama in 1966, he quickly established the Yale Repertory Theatre in part to bring students studying the craft into contact with some of the best talent in the business. Brustein, a Harvard professor of English emeritus, founded the A.R.T. in 1980 after leaving New Haven for Cambridge. Eager for the type of synergy between students and professionals he’d seen at Yale, he launched the A.R.T. Institute in 1987.

“One of the things about the institute that is so important is the combination of classroom and practical opportunities that we offer, both as a part of the American Repertory Theater and through the production work that the institute produces itself,” said Scott Zigler, who as director oversees curriculum.

Each year the institute accepts 18 applicants for its acting track, five in dramaturgy, and one in voice and speech. Each track blends classroom work with production experience and includes a three-month residency at the Moscow Art Theatre School in Russia, which was founded by actor-director Konstantin Sergeyevitch Stanislavsky.

A comprehensive understanding of Stanislavsky is foundational to theater around the world, said Zigler.

Also critical is the institute’s connection to the A.R.T. Students meet with Paulus four times a year, sit in on A.R.T. rehearsals, and interact with artists working on A.R.T. productions. They are welcome to audition for any A.R.T. production, but with rejection very much in play.

“In this profession, you shouldn’t be able to buy your way into a role,” said Zigler. “You have to understand that you are entering a very competitive field, and that if you don’t train them for the competition they are going to encounter professionally, you are not training them effectively.”

Another key to training is the program’s link to the wider Harvard community. Institute students have access to the University’s archives and libraries, and can interact with undergrads through the new Theater, Dance & Media concentration. Voice and dramaturgy students serve as teaching assistants in Harvard College classes.

“Harvard University is a remarkably special and iconic place, not only in the United States but throughout the world,” said Zigler, “and our students are here and are part of that community.”

Since it began, the A.R.T. Institute has sent more than 500 students into show business, including roles in the Tony-winning musical “Once,” the TV shows “Gossip Girl” and “The Walking Dead,” and the Oscar-nominated film “The Wolf of Wall Street.”

Cheryl Turski graduated from the institute in 2007. Along with her studies in acting, she began helping with movement work during productions. Today she is a movement professor at Wayne State University and a regular choreographer and consultant for plays and musicals.

Turski said she is living her “dream life” as a teacher, actor, and choreographer, and credited the institute with helping her make important connections, including an introduction to Libonati, who hired her to work on “The Pirate Princess.”

Owens is looking forward to making his own connections. The rigors of the acting program’s second year — long hours in class followed by rehearsals — are an important part of the learning curve, he said.

The young performer plans to move to Los Angeles after graduation, with hopes of landing a spot on a hit show.

“The Pirate Princess” runs through Jan. 3 at Loeb Drama Center.