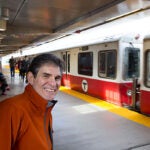 An Rx for the T

As rhetoric rises nationally, members of Harvard community ponder how to safeguard and support the rights of all

When he was in school on Long Island, N.Y., Yaseen Eldik was just another kid. Then 9/11’s hijacked jets crashed into the twin towers, and life changed for the American-born Muslim.

“I was called a terrorist and asked if my parents belonged to al-Qaida,” Eldik said. “Because of that experience — of feeling almost like an enemy of my community — I began to feel isolated.”

In the wake of the November Paris attacks, the shooting in San Bernardino, Calif., and an incessant anti-Muslim drumbeat from some U.S. presidential contenders, Eldik and other members of the Harvard Islamic community described what it’s like to live under the current wave of “Islamophobia” in America, one that Harvard Islamic Chaplain Taymullah Abdur-Rahman said has reversed years of healing since the 2001 calamities.

“There was some healing from 9/11 to now. It’s more rewarding for people to trust you than to like you,” Abdur-Rahman said. “Paris shook the campus up …. Then San Bernardino happened. There was a retreat on [the part] of Muslims.”

Eldik recalls his own response to the hostility and fear he encountered after 9/11: He withdrew, something that today he thinks was a mistake. That’s why he and three other Muslim law students got together earlier this month and made a video, released online last week by the Harvard Muslim Law Students Association. The video urges Muslim youth not to hide if they encounter anti-Islamic sentiment, but to engage, share their experiences, and speak out.

“My protective instinct was to be a recluse. Don’t do that. You can be both Muslim and American,” Eldik said. “[The video seeks] to legitimize the fear that Muslim youth feel in America because of the Islamophobic sentiment.”

The video, which had 1,000 views within days of its YouTube and Facebook release, is aimed at Muslim youth across the country, but also may resonate on the Harvard campus.

“We’ve reached this situation where things are very, very tense, and obviously will affect students here,” said Ali Asani, professor of Indo-Muslim and Islamic religion and cultures and director of the Prince Alwaleed Bin Talal Islamic Studies Program. “It’s created this feeling of discomfort, this fear [on campus]. Every day you hear more and more.”

Eldik and Abdur-Rahman said the campus community largely has been supportive, though Asani said there have been incidents here. He heard of a case where a hijab-wearing student was called “brainwashed” by a non-Muslim classmate. In addition, Abdur-Rahman said, several Muslim students have called him, expressing anxiety, fear, and difficulty concentrating on end-of-term projects and exams.

“They have had some trauma, and professors have been gracious,” Abdur-Rahman said. “I think they should keep in mind [that] this is their country as well. They should mourn [for the dead in the San Bernardino shootings], as the rest of us mourn. Mourning is part of healing. Secondarily, don’t feel guilty. You didn’t do anything wrong.”

With members of the Harvard community finishing their studies for this semester, Harvard President Drew Faust said the year-end break should be a time for reflection about the importance of religious diversity to the community and, specifically, about the struggles faced by members of Harvard’s Muslim community.

“As we approach the new year, and as we look forward to time for rest and reflection amid a turbulent time in the world, I hope we can keep in mind our community’s enduring commitment to religious diversity and to welcoming and respecting people of different faiths,” Faust said. “I would like especially to express support and reassurance to the valued Muslim members of our community who, in a variety of settings, have recently had occasion to worry about the breadth and strength of that commitment in the larger society. Their concerns remind us of the important work we must do every day to engage with one another in a humane spirit of mutual respect and to assure that every member of our community feels a sense of belonging.”

Danoff Dean of Harvard College Rakesh Khurana said it’s important to understand how tightly bound people are to each other and to strive to create a tolerant and supportive community on campus.

“As I look ahead to 2016, I hope that we recognize that no matter what each of us believes, we are inextricably connected to one another,” Khurana said. “We must resist those who fear difference and encourage intolerance. We must redouble our efforts to create a truly inclusive community and to embrace the Muslim members of our community during these difficult times.

“I have faith that education can be a strong antidote to bigotry and intolerance. Education should enable us to question our own certainties about how to understand and live in the world. And education should open our minds to the ways that our differences create the conditions for infinite possibilities. Education gives us the humility to see each other with gentler eyes and accept both our differences and what we have in common.”

Eldik said he has felt supported while on campus, with several people expressing sympathy and concern that he must deal with anti-Islamic sentiment. Yet with Harvard integrated into its surrounding communities, the fear and discomfort of the broader society is not far away. 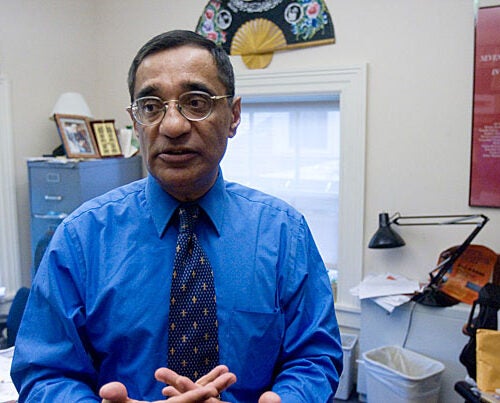 “When I leave Harvard, it can’t protect me if someone sees me and feels threatened,” Eldik said.

A student at the Harvard T.H Chan School of Public Health experienced that recently while on the way to work at a Kendall Square biotech company, according to Meredith Rosenthal, the School’s associate dean for diversity and professor of health economics and policy.

Rosenthal said the student, who preferred not to be identified, was dressed professionally and riding on the subway. Someone accused her of having a bomb in her bag, and a group of men surrounded her, the student said. She showed them her Harvard ID and opened the bag, which ended the encounter. The incident itself was distressing, Rosenthal said, adding that it was also upsetting that no bystanders spoke up in her defense.

The episode sparked a community meeting at the Harvard Chan School, at which Asani and Abdur-Rahman spoke. Abdur-Rahman said he had expected a crowd of just 20 or so, but many more turned out, with standing room only inside the room and people spilling out into the hallway.

The crowd was of many races, religions, and ethnic groups, Abdur-Rahman said, but seemed to have one question in mind.

Since then, Rosenthal said she has gotten several emails from students asking how, in essence, to be a good bystander. In response, the School is planning “bystander training” in January or February, at which people can learn the best ways to prevent a situation from escalating, to support Muslim community members, and to step in when needed without jeopardizing their own safety.

A voice for American Muslim youth

The Harvard Muslim Law Students Association (MLSA) is using the #yourvoicematters campaign as a platform to reach out to Muslim-American youth. Courtesy of MLSA

“There’s a whole science behind de-escalating versus escalating,” Rosenthal said. “People really do feel marginalized and wishing they could be invisible. It’s very important for those of us who are not Muslim to advocate on their behalf.”

Asani said he believes that the University needs to embrace its role as a “moderating voice” counter to those of society’s extremists. He said Harvard’s Islamic Studies Program is planning events this spring to explore Islamophobia and other concerns.

Asani believes that the rise of Islamophobia can be traced to religious illiteracy, an ignorance of other faiths and cultures that permits a one-dimensional view of human beings whose identities are rich and complex, influenced by gender, education, background, profession, and even hobbies.

“It leads to viewing human beings through one lens. It strips them of their humanity,” Asani said. “Illiteracy becomes a danger for the project of democracy. Democracy can’t function if you’re afraid of your neighbors.”

Rosenthal said meeting the challenge to one part of the Harvard community is a task that should be taken up by all.

“What’s really important for the University is to recognize this is not a problem for our Muslim community to solve; this is a problem for us all to solve,” Rosenthal said. “This is similar to other challenges that cause us to ask, ‘Are we an inclusive, diverse place?’”