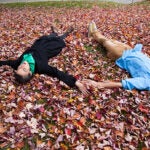 A grain of creativity

Don’t ever tell Angélique Kidjo what she can’t do. It’s a waste of time, and always has been.

From an early age, the Benin-born singer and activist planned to be an R&B performer like James Brown. She remembers crying “Why are you crushing my dreams?” when her mother told her she could never be just like the Godfather of Soul.

But that didn’t stop her. As she grew older, Kidjo realized she couldn’t resemble Brown physically, but it didn’t matter. Resembling him musically, she realized, was what was truly important to her. And so she did.

Brown and American music legends such as Otis Redding and Aretha Franklin are among the influences on Kidjo’s long and varied career. Deeply rooted in Africa’s languages and traditions, her work crosses musical boundaries and merges myriad styles. She sings in Fon, Yorùbá, French, Swahili, and English, has recorded with artists as different as U2 front man Bono and minimalist composer Philip Glass, and embraces the notion that music is a universal bridge.

“The music we listen to is one music,” said Kidjo by phone from her New York City home on a recent afternoon. Her diverse collaborators, she added, “help me prove that point.”

Music is also about learning for Kidjo, a two-time Grammy Award winner who has released 15 albums and a number of World Music chart-topping hits. But she is constantly pushing her knowledge forward, always mindful of her father’s warning many years ago. “The day you think that you’ve learned everything,” he told her, “you might as well go to your grave,”

She said that other musicians “learn from me. I learn from them, and that experience is priceless.”

Soon, Kidjo will be learning from and sharing her knowledge with the Harvard community. On Nov. 17 she delivers the Louis C. Elson Lecture at Paine Hall, co-sponsored by Harvard’s Music Department and the Hutchins Center for African and African American Research. The following day, she will lead a master class sponsored by the Office for the Arts’ Learning from Performers program.

“Musically, we have a lot to gain from her as a global citizen,” said Associate Professor of Music Sindhu Revuluri, whose course on global pop music includes a key section on Kidjo’s life and work.

“If you’ve heard any of her music, it’s not confined to a single place or style. She thinks a lot about transnational connections, diaspora connections over time,” said Revuluri, citing inspirations such as ’70s disco funk, Afro-Cuban, and Latin diaspora influences, along with the blues and West African styles.

She is passionate about her humanitarian work. Since 2002 she has been a Goodwill Ambassador, promoting education for girls and calling for better support for children affected by HIV/AIDS. She has spoken out about the effects of climate change, and against female genital mutilation, and has pushed for efforts to improve public health in Africa in the wake of the Ebola outbreak. In 2007 she partnered with UNICEF to create the Batonga Foundation, which supports secondary school and higher education for girls in Africa.

“For me, music is a weapon of peace. And today more than ever, as artists we have a role to play in the stability of this world,” Kidjo said during her Grammy acceptance speech in February. She took home the Best World Music Album prize for “Eve,” which she dedicated to “the women of Africa — to their beauty and resilience.”

“That’s exactly the kind of exposure we want our students to have,” said Revuluri, “to be thinking about what it means to be a musical citizen.”

Kidjo credits her idol, the South African singer and activist Miriam Makeba, with helping inspire her to use her voice for social change. Makeba’s singing was “so beautiful, so powerful and expressive, full of anticipation for a better world for South Africans,” Kidjo writes in her 2014 autobiography, “Spirit Rising: My Life, My Music.”

She also credits her father. Enraged as a teen by South Africa’s apartheid, Kidjo poured her fury into an early composition “Azan Nan Kpe,” or “The Day Will Come.” The original draft “was full of hate and anger,” she recalled, and it was too violent for her father, who told her if she didn’t rewrite the copy, her career as a singer under his roof was finished. Kidjo changed the lyrics, transforming the song into “an anthem for peace instead.”

For Kidjo, music and family connections run deep. She began singing with her mother’s theater troupe at age 6, and later sang with her brothers in a band before branching out on her own. For many years, her key collaborator has been her husband, musician Jean Hébrail. Like any couple, they can disagree, she admitted, but their shared obsession for music “keeps us very tight.”

“The music,” said Kidjo, “always brings us back to where it’s supposed to be.”

In addition to her varied musical styles and humanitarian work, Kidjo is a force of nature, said Revuluri, with a “charisma and fiery personality” that can help “redefine certain dominant narratives.” Kidjo, she said, can stand up to those who think Africa is “all one way … she’s a real model of empowerment and individuality, and that’s one of the reasons I find her so wonderful as a teaching tool.”

Bringing Kidjo to Harvard is also in line with the department’s expanding embrace of music from beyond Western traditions, Revuluri added.

“In the last 10 or 15 years, we’ve been trying to really broaden our perspective and our students’ perspective, and this is just one of the ways we thought we could make a powerful statement.”