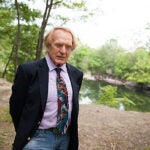 From the landmark U.S. Supreme Court decision affirming the rights of gay couples to marry to the increased visibility of lesbian, gay, bisexual, transgendered, and queer people in all facets of the media, the acceptance of the LGBTQ community is gaining ground across the nation.

But even with the hard-fought successes, challenges remain on the path to equality and tolerance. Many of those issues were at the center of a recent conference at Harvard University co-sponsored by the Harvard Gender & Sexuality Caucus and the Harvard Alumni Association. “What Should We Do After ‘I Do’?: Conversations on the Challenges that Remain for the LGBTQ Community” focused on topics ranging from the future of the movement to the health and well-being of its members.

Desiree Flores, M.P.A. ’11, director of the U.S. Social Justice Program of the Arcus Foundation; Michael Bronski, professor of the practice in media and activism in Studies of Women, Gender, and Sexuality; and Marco Chan ’11, co-president of the Harvard Gender & Sexuality Caucus and a graduate student at the Harvard Kennedy School, participated in several of the panel discussions at the conference, which ran Sept. 25-27.

The Gazette recently spoke with them about issues facing the LGBTQ community.

GAZETTE: The LGBTQ community is very diverse but seems to speak with a collective voice about equality and other issues. Is there a single community, and what happens to that voice as the LGBTQ community becomes more accepted and begins to blend into larger society?

FLORES: The LGBTQ community is incredibly diverse, with a variety of perspectives and priorities. While it may seem as though marriage equality was the singular issue the entire movement rallied behind — no doubt an incredible win many never thought possible in their lifetimes — there have always been and will always be multi-issue agendas that reflect the lived experiences of the most marginalized. One only has to look to the UndocuQueer or “Black Lives Matter” movements as examples. Both have authentic and powerful LGBTQ leadership at all levels and are seamlessly integrating queer and trans identities and concrete priorities in their sophisticated political and movement agendas. There is an incredible “movement moment” happening led by LGBTQ younger leaders who don’t subscribe to single-issue politics. It may not be linear, but it is absolutely changing the game.

BRONSKI: There is no single voice for any community. What we most often hear from the LGBT “community” is a voice — mostly white and male — from national nonprofit organizations. The movement began with grassroots organizing, and we still have some, but the “voice” in the national media is a near-corporate voice of national groups, often called Gay Inc. by their LGBT detractors.

CHAN: We are getting better at speaking with a more inclusive voice. For too long, people of color, women, bisexual, asexual, intersex, trans [an umbrella term for all transgender identities within the gender-identity spectrum], and many other folks were not fully part of this LGBTQ community and voice. Even today, many of us don’t feel represented or empowered by the “mainstream” gay voice from the pulpits of major nonprofits or political leaders. So I contest the characterization that we speak with a collective voice. A united push for full equality emerges only as people from across many intersections listen to and respect the diverse voices. As some LGBTQ people assimilate more into broader society, we have to remember who gets to do so. Largely, they are those who have more in common with dominant powers, e.g., white, affluent, cisgender folks. [A cisgender person’s self-identity aligns with the gender they were assigned at birth.] As such, the LGBTQ community’s ability to stay inclusive and cohesive will be further challenged as certain segments get to or want to assimilate.

GAZETTE: The struggle for acceptance for LGBTQ youth takes a toll every year in the number of young people who are bullied, face discrimination, are victimized, and commit suicide. Why is this segment of the community still at a greater risk for these types of issues, and what can the LGBTQ community do to make sure fewer young people fall through the cracks?

CHAN: Our youth are especially vulnerable because they are often at the mercy of their families and community institutions. Sadly, many families abuse, neglect, reject, and eject their LGBTQ children. A wide swath of community institutions, including schools, places of worship, and youth services, also fail to meet the needs of LGBTQ youth. At best, they do not know how to properly accommodate LGBTQ youth. At worst, they are explicitly and vehemently antagonistic, with devastating anachronisms like “reparative therapy.” There is much work to be done across policy and implementation.

BRONSKI: I think it is a mistake to single out LGBT youth — who are at, in many ways, a disadvantage — because to a large degree U.S. culture disparages and harms most young people in any number of ways. America does not treat youth with respect or as having intelligence and integrity. Any solution to the problems of LGBT youth — often problems faced by older LGBT people, but magnified for the young — is to address first the problems of younger people in general. These include access to information about sexuality, reproductive information, and many forms of contraception, more personal freedom to learn and experiment to become productive and happy adults, access to decently paying jobs, access to personal space, and access to better forms of education.

FLORES: Although we’ve made incredible policy and cultural advances, LGBTQ people still face a society that views them as subhuman on many levels. Sadly, there isn’t one single solution that will fix everything. In addition to increased social protections at the local, state, and national levels, we need to continue telling the stories of and humanizing LGBTQ young people and their families. Additionally, we need the stories to be true, culturally competent, and reflective of the diverse lived experiences that make up the community.

GAZETTE: There is an increasing presence of LGBTQ parents in popular media such as television shows and advertising. Does this help change public perception and pave an easier path for LGBTQ couples and single parents who are raising children?

FLORES: Mitch and Cam [a married gay couple in ABC’s comedy “Modern Family”] are wonderful trailblazers, and while we should celebrate the fact that those characters would have been impossible to fathom on prime-time television more than 10 years ago, it is important to see a diverse reflection of LGBTQ parenthood in mainstream media. It’s fascinating to know that, according to a 2013 Williams Institute report, states with the highest proportions of same-sex couples raising biological, adopted, or step-children include Mississippi, Wyoming, and Alaska. This is an incredible way of debunking the myth that LGBTQ parents are not racially diverse and only live in New York or L.A.

BRONSKI: I don’t want to argue that images on TV don’t have power or influence, but they don’t change law or policy, and just because there are gay guys — highly stereotypical — on “Modern Family” does not mean that kids in fourth grade will have a greater understanding of treating other children and families with empathy and kindness. I find it hard to think that anything on TV, ultimately, leads to teaching kindness. These images don’t hurt, but we can’t be lulled into believing that a lesbian couple in a Honda ad or Rainbow Doritos chips is the same as political or social progress.

CHAN: There is increasing representation of LGBTQ families, though this is coming from a low bar and doesn’t yet reflect the full complexity of LGBTQ families [multiracial, single, and multiple parents, etc.]. I think this visibility is helpful. But let’s keep in mind the reality: About six states permit discrimination against LGBTQ people in adoption or refuse to comply with nondiscrimination protections, including disputes about how adoption agencies — many religious ones — do or do not have to work with LGBTQ people. Finally, many barriers remain for LGBTQ families in expensive procedures, lack of benefits, and administrative hurdles.

GAZETTE: The LGBTQ community is seeing success in campaigns to institute marriage equality and combat inequality on many other issues. Should the LGBTQ movement be more of a force in securing equality and social justice for all minority groups?

BRONSKI: Yes, of course — and this has been a major failing of the gay-rights movement for decades. If the LGBTQ movement does not do this, it is going to find its numbers dwindling and any social importance it has gained eroded.

FLORES: Absolutely. Not doing so completely ignores the fact that there are indeed many people of color who identify as LGBTQ and part of a larger movement. It also fails to build on the intersectional commonalities and potential constituency power that comes with making links between communities and issues. Opponents of LGBTQ rights don’t draw these silos and often see attacks on LGBTQ people as seamlessly tied to women, young people, and communities of color. There are exceptional young LGBTQ leaders at the forefront of current game-changing movements. For them, it is impossible to separate their identities and these movements.

CHAN: Some issues we can only solve by working across lines, such as the stratospherically high HIV infection rates among black men who have sex with men. Apart from doing what is right, we also need to do it for survival — backlash to marriage equality and broader LGBTQ rights has come, and we need help from other allies.

GAZETTE: What is the future of the LGBTQ movement, and what issues are still in the forefront on the agenda of the LGBTQ community?

BRONSKI: The LGBTQ movement has to address the needs of all queer people in the country. If African-American and Latino citizens face impediments to voting because of the Republican attempts at voter suppression, the national LGBTQ groups need to address this. The same is true for issues of police violence, a living wage, and housing issues.

CHAN: Much attention now has shifted to a legal/legislative focus on nondiscrimination protections across local, state, and federal levels. The movement and the media are also finally paying more attention to trans and gender-variant people. It’s early to say how the diverse, dispersed community will respond to different pushes, but I hope that we will disprove fears that people think “the job is done.” If anything, we need to increase our donations or activism to safeguard against backlash and work on what are arguably even more complex issues.

FLORES: It won’t be a single-issue movement. It never has been nor will it ever be. Understanding what’s at the forefront requires listening to the many communities that make up the movement. The issues will include criminalization, immigration, and poverty, to name a few. I also believe the growing movement by and for transgender people to stop the violence in their community and assert their leadership is an incredible reflection of the moment we are in. Trans people have been fighting for years, but we are now at a time where we see many LGBTQ leaders and organizations — many in communities of color — stand up and demand the “T” isn’t silent, but authentically weaved into their political agendas.