‘One for the ages’ 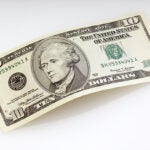 It was the moment when gay marriage nationally went from being a cause to a fact.

“This is one for the ages,” wrote Noah Feldman, Harvard’s Felix Frankfurter Professor of Law.

After a generation of legal wrangling, and just two days shy of the 46h anniversary of the Stonewall riots that accelerated the gay rights movement, the U.S. Supreme Court ruled Friday that states cannot ban same-sex marriages and must recognize such rites performed in other states. Denying the validity of same-sex unions, the majority opinion said, “works a grave and continuing harm, serving to disrespect and subordinate gays and lesbians.”

At Harvard, where some University affiliates have been involved in arguing the legal issues since 1983, officials were quick to confirm the deep import of the 5-4 ruling that made the United States the 21st nation to recognize same-sex marriages.

“Justice Anthony Kennedy’s opinion for the court announcing a right to gay marriage in Obergefell v. Hodges will take its place alongside Brown v. Board of Education and Loving v. Virginia in the pantheon of great liberal opinions,” said Feldman.

“The Supreme Court today affirmed what many in the Harvard community already understood,” said Harvard President Drew Faust in a statement. “Marriage equality is a civil right to which everyone is entitled. While there is still much to do, the decision represents a historic moment in our nation’s generations-long struggle to secure equal treatment and opportunity under the law for all Americans.”

Michael Klarman, Harvard’s Kirkland & Ellis Professor of Law and author of “From the Closet to the Altar: Courts, Backlash, and the Struggle for Same-Sex Marriage” (2012), called the ruling “the Brown v. Board of the gays rights movement. It’s obviously a great day for gay rights and for those who favor a more equal, inclusive America.”

“Under the Constitution, same-sex couples seek in marriage the same legal treatment as opposite-sex couples, and it would disparage their choices and diminish their personhood to deny them this right,” Kennedy wrote in his majority opinion.

That opinion included acknowledgement of the role that historians played in establishing the legal argument for gay marriage. Nancy F. Cott, Harvard’s Jonathan Trumbull Professor of American History, was cited repeatedly, based on her book “Public Vows: A History of Marriage and the Nation” (2000). Cott also took the lead in an amici curiae brief on behalf of the petitioners by the American Historical Association and leading historians.

Four justices wrote dissents from the majority, based largely on their contention that tectonic cultural shifts should be left to the ballot box and not to a court. Some of the dissenting language was blistering.

Chief Justice John G. Roberts accused the majority of “stealing this issue from the people.” Associate Justice Antonin Scalia said the “pretentious” majority opinion exceeded the bounds of the 14th Amendment, and he called the ruling a “judicial Putsch.”

Both Feldman and Klarman saw a dark side to the tone of the dissents, and to the close vote. Brown and Loving were decided by 9-0 majority rulings, said Feldman, a fact that he said stands in “tragic contrast” to the split decision in Obergefell v. Hodges. “Today’s gay rights opinion went 5-4, with each of the court’s conservative judges writing a dissent of his own,” he said. “Eventually, legal equality for gay people will seem just as automatic and natural as legal equality for blacks. But history will recall that when decided, Obergefell didn’t reflect national consensus, much less the consensus of the court itself.”

Polls show that about two-thirds of Americans favor marriage equality. On the eve of the decision, 37 states already recognized gay marriage. Massachusetts led the way with a 2003 ruling. Writing the majority opinion was Massachusetts Supreme Judicial Court Chief Justice Margaret Marshall, who is now a senior research fellow and lecturer at Harvard Law School.

As for Friday’s ruling, “I doubt American democracy is greatly threatened by a decision allowing people who love each other to get married,” said Klarman, “and especially not when 60 percent of Americans support that decision.”

The high court dissents reflected an argument that was mildly and logically outlined in “Modern Liberty and the Limits of Government” (2007) by Charles Fried, Harvard’s Beneficial Professor of Law and a former solicitor general of the United States (1985-1989). There is a difference, he wrote, “between courts in the name of liberty protecting gays from prosecution and persecution no matter what the population feels about them, and requiring this extension of the institution of marriage.”

The spirited dissents roused Klarman, who once clerked for Associate Justice Ruth Bader Ginsburg, before she moved to the Supreme Court. Ginsburg voted with the majority. “These are extraordinary statements from justices who refuse to allow democratic decision-making to triumph on a huge range of issues,” Klarman wrote in the email, “from campaign finance reform, to gun control, to race-based affirmative action, to actions by local school boards to foster racial integration in schools, to federal statutes protecting the voting rights of racial minorities.”

Though the Obergefell decision institutionalizes gay marriage in the legal arena, there are plenty of cultural hurdles ahead.

Mark D. Jordan, the Andrew W. Mellon Professor of Christian Thought at Harvard Divinity School, called the decision “momentous” and emotional, particularly for same-sex couples because the decision provides a broader sense of social acceptance. “It is a historic day,” he said. “This is a big decision.” But the rapid spread of same-sex marriage’s legal acceptance has not been mirrored in most religious communities, added Jordan, who has written on the subject’s religious aspects.

Churches cannot be forced to accept same-sex marriages, of course, he said, but pressure will grow for them to review their practices. That’s because of same sex-marriage’s increasing civil acceptance, said Jordan, and because younger church members will be less likely to share their institutions’ objections.

There is a widespread sense “that the pace of change has been swift,” particularly regarding marriage equality, said Timothy P. McCarthy, director of the Sexuality, Gender, and Human Rights program at the Carr Center for Human Rights Policy at Harvard Kennedy School (HKS). But the speed of change has to be tempered by the fact that such struggles go back “more than half a century,” he said, with Stonewall a cultural marker.

Marriage equality is only part of the picture, said McCarthy. “Even with today’s ruling,” he said, “there are still 30 some-odd states … where, despite one’s marital status, if you’re an LGBT, you can be fired or you can be denied housing or accommodations. We still have big struggles ahead of us [to get] full rights of citizenship — not just in the realm of marriage.”

“There are still a lot of cultural battles,” said Jordan Weiers ’16, past political co-chair of Harvard College Queer Students & Allies. The decision is a major step forward in legal acceptance, he said, and will allow the gay, lesbian, bisexual, transgender, and queer community to focus on other issues. Weiers said those issues include workplace discrimination, fostering religious acceptance, and dispelling misunderstandings among the public.

Still, the decision surprised him because of how firmly the majority came down on the side of same-sex marriage. “I was expecting a positive ruling,” said Weiers, “but I didn’t think the court would go so far so fast.”

It’s clear that the Obergefell decision will have cultural fallout, but the ruling also has political implications that could affect the 2016 presidential race, said Steve Jarding, a political strategy expert and lecturer in public policy at the Shorenstein Center at HKS.

Not long ago, opposition to gay rights and same-sex marriage was one of the social issues that some Republican political candidates could rely on to help rally conservative voter turnout, he said, but the court’s ruling wipes this wedge issue “off the table.”

“It puts them all in a box,” said Jarding of conservative presidential candidates, whose constituents are likely to press them to say the Supreme Court made the wrong decision.

“They do not want this presidency to hinge on issues like gay marriage,” he said. “They can’t win” that way.

Explore a timeline of Harvard Law School affiliates’ participation in anticipating, shaping, critiquing, and analyzing the path to marriage equality.