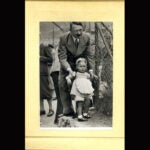 Some utopian experiments become parables of idealism gone awry, mythologized for their fascinating collapse. Others fade from memory, ignored or hidden not just because they failed, but because of their inhumane practices. One such example is Manchukuo.

Founded in 1932 and promoted as a multi-ethnic and modern Pan-Asian state, Manchukuo — actually a puppet regime controlled by imperial Japan — occupied much of China’s northeastern territory, known in the Western world as Manchuria. As a state, Manchukuo lasted less than 14 years, a blip in Asia’s history. But during that short span, the vast region was the site of numerous and unspeakable atrocities, the aftereffects of which live on in much of the political unease between Japan and China.

Originally idealized as a multicultural melting pot of Chinese, Koreans, Mongolians, Manchus, and Japanese, by the late 1930s the model vision had given way to a fascist order in which national and ethnic differences were magnified, sparking irreducible conflict and violence. The Manchukuo regime favored the interests of Japanese citizens and companies above others. At worst, it conducted or condoned human experimentation on Chinese civilians and POWS, including vivisections and the use of chemical and biological weapons. Officials also rounded up locals for forced labor in bleak and dangerous conditions.

After ducking years of objections by the League of Nations and most Western countries, the Manchukuo state ultimately collapsed at the close of World War II. Evidence of the era quickly dissipated, as nearly all who had been involved sought to erase and forget the past. For many in the outside world, the only exposure to the events surrounding Manchukuo came through the Oscar-winning 1987 film “The Last Emperor,” which focused on the experiences of the last Qing ruler, Puyi, whom the Japanese army recruited to serve as Manchukuo’s nominal head of state.

“From the point of view of most history or literature, it’s a black hole,” said Mark Elliott, the Mark Schwartz Professor of Chinese and Inner Asian History in the Department of East Asian Languages and Civilizations and the Department of History at Harvard University. “No nation wants to claim it.”

But the Harvard-Yenching Library has stewarded materials on this orphan of history since 1945, and a recent acquisition of 2,000 items from Manchukuo offers a look at the experiences of ordinary people of all backgrounds who lived during this period.

“It’s very eclectic. The selection was unconventional,” said Kuniko Yamada McVey, librarian for the Japanese Collection. About half of the items are books, but the most striking and unique are ephemera, ranging from music scores to photo albums, movie posters to board games. There are also scrapbooks, diaries, and tourism brochures, hailing from the era when Manchuria, which had a highly developed rail network, was advertised widely in Asia and around the world as an exotic travel destination. “This is a one-of-a-kind collection, and it’s important to seize that opportunity.”

For years, scholars interested in delving into the “black hole” of Manchukuo had to piece together the story, hunting down small holdings in disparate locations. Today, younger researchers, spurred by an interest in Asia’s colonial past, are studying different aspects of Manchukuo history and culture in greater numbers. The new collection dovetails with the Harvard-Yenching’s existing holdings to make one of the largest and most comprehensive Manchukuo resources in the world.

The idealized multiculturalism of early Manchukuo appears in vivid color throughout the collection. Smiling cartoon children in traditional Chinese, Japanese, and Korean garb festoon propaganda materials that extol the wonders of the region, some intended to attract potential émigrés from Japan. Bilingual Chinese-Japanese materials are common, a small but constant reminder of the temporary coexistence of two large cultural groups that are uncomfortable addressing Manchukuo’s existence even today.

Soldiers’ scrapbooks contrast with the colorful propaganda brochures, providing a literal trench view of their lives. As time and war progressed, images of soldiers figured more and more frequently in materials of all kinds.

The film industry features in the collection as well: Multivolume scrapbooks chronicle the making of “The Road to Peace in the Orient,” a 1938 film by the prominent Japanese film producer Nagamasa Kawakita.

Centered around a Chinese couple who overcome their distrust of the Japanese after a positive encounter with Japanese soldiers, the film was lambasted when it was released for its false portrayal of the region and cultural relations. After his return to Japan, Kawakita refused to speak about his participation in the Manchukuo film industry for the remainder of his life. The movie remains a testament to Manchukuo’s importance as a testing ground for new political ideas, even as the ideas themselves were proven hollow.

“These scrapbooks are just one thing that’s of inestimable value from a scholarly point of view. There’s nothing like it,” said Elliott, who envisions scholars mining the collection from perspectives across disciplines.

The interdisciplinary collaboration and support of Harvard faculty and Asian studies centers was key to netting a collection of this size and singularity. Faculty members from the Asia Center, Fairbank Center for Chinese Studies, Reischauer Institute of Japanese Studies, and Korea Institute advocated to partner financially with the Harvard-Yenching to acquire the collection.

“I feel that part of my job is to ensure that the Harvard-Yenching collection stays strong,” Elliott said. “It’s one of the best in the world. It doesn’t stay that way on its own. I do my own little part to make sure the things I regard as valuable for research in the future continue to be bought.”

After the collection is fully processed, the library’s next goal is digitization. “Harvard owns the physical volumes,” said Harvard-Yenching Library Director James Cheng, “but the contents of these materials should belong to scholars worldwide.”