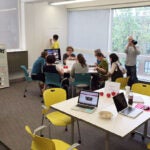 Learning about learning: Creating a connection

In keeping with his reputation, Francis will be the first pope to address Congress

During his six-day visit to the United States this Tuesday through Sunday, Pope Francis will speak at the White House, deliver speeches to Congress and at the United Nations, and celebrate a Mass at Madison Square Garden.

But Harvard professors say that other items on the pope’s schedule during his first visit to America are just as significant, at least symbolically, as the high-profile events. In Washington, D.C., he’ll spend time with a charity that works with the homeless and others in need. While in New York City, Pope Francis plans to visit a Catholic school in East Harlem that serves primarily low-income and immigrant children. Later in his trip he’ll visit the largest jail in the Philadelphia Prison System.

“What he’s saying symbolically in going to a place like a prison while on a trip where he’s going to be listening to these powerful people is to say, you are going to influence me, Congress is going to influence me, but these prisoners are on a par with you; what they have to say is just as important in informing me and my future speeches as what you have to say,” said Emily Click, assistant dean for ministry studies and field education at Harvard Divinity School (HDS), who is teaching a course on administration and leadership.

Click will be one of the people in attendance when the pope speaks at the White House on Wednesday. Another HDS faculty member, Parkman Professor of Divinity Francis X. Clooney, S.J., the director of the Center for the Study of World Religions, will attend, by invitation, the multifaith service at the National September 11 Memorial & Museum on Friday.

One of the more significant events during Francis’ visit will be his address during a joint meeting of Congress, the first by a pope. 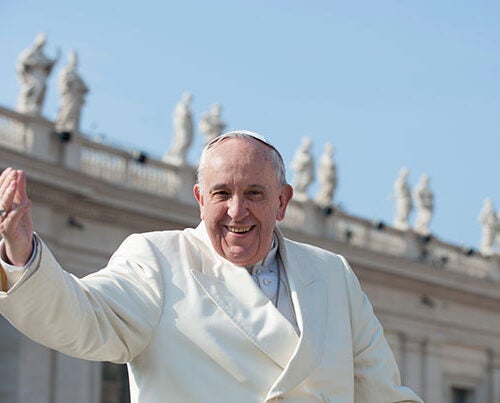 “I’m most curious about how the speech to Congress goes, just because it’s such an improbable place for a pope to appear,” Clooney said. “I’m surprised he would put himself in such a political situation. After all … who gets invited to speak before Congress? Previously we might have expected a pope to keep a certain distance from politicians and not step into so political a space.”

Pope Francis’ statements on various controversial issues, from gay marriage to the environment to abortion and divorce, have contributed in part to his growing popularity and the so-called “Francis effect.” Demand to attend one of his public events is so high that many parishes and other organizations have had to hold drawings to determine who would get a ticket.

Despite those statements, and the attention, Pope Francis isn’t making any changes to doctrine.

“He hasn’t actually changed anything about gay marriage or women priests; he hasn’t done anything like that, but his consistent point is that the doctrine is supposed to be used for some purpose. A church that, as it were, shuts the doors and closes the windows and worries all the time about protecting itself from outside influences is a church that makes itself into a museum,” said Clooney. “As he has told the bishops over and over, instead of focusing exclusively on birth control, the nature of the marriage bond, and issues like that, it is crucial to talk to people where they are, about their real-life crises, such as poverty, violence, and ecological degradation.

“He’s not saying that marriage is unimportant or birth control is OK, but he is insisting that we have to do the primary work of the church, which is to be with the poor, to serve the people, to be in the real world, bringing Christ’s love to all,” Clooney continued. “And that, to be sure, was also the message of Vatican II 50 years ago. It is the ‘old new wisdom’ of today’s Church.”