Paris as a living thing 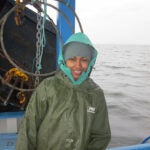 The concept seemed a bit strange at first, even bizarre: Take a biological function and apply it to urban planning. And when the urban space in question is Paris, the venerable City of Light, the challenge became even more daunting.

But 24 Harvard students, under the direction of Robert A. Lue, professor of the practice of molecular and cellular biology, put their minds to the challenge this summer for “The Biopolis,” an inaugural trans-Atlantic collaboration linking biological principles to “smart” cities, part of the Harvard Summer School program.

Matched with an equal number of French students from the Centre de Recherches Interdisciplinaires (Center for Research and Interdisciplinarity) in Paris, the Harvard students were divided into 12 teams that each produced a visionary and yet practical design plan to enhance the ancient city, in what Lue called “a thoughtfully constructed mash-up.”

The body’s digestive system inspired one team’s design for a Paris-wide trash disposal network. Cellular movement prompted a website for creation of temporary community meeting spaces. The evolutionary “grandmother hypothesis” animated a plan for bringing together young and old for education and mentorship. Other plans drew on blood circulation and endocrine and kidney functions to propose solutions for transportation, historic preservation, and green space creation.

Though the city of Paris has many innovation labs and a large-scale participatory budget funding system, citizens who cannot afford the monetary or time cost associated with these options are left without an opportunity to participate in their city. The Center for Civic Engagement (CCE) was the group’s attempt at engaging more citizens in social change. Video courtesy of “The Biopolis”

“The Biopolis” was not an exercise in theory. The students produced elaborate proposals with compelling graphics plus a three-minute video illustrating their projects. They interviewed French planners, officials, and community groups, and explored Paris on their own and in tours organized by fellow students.

“The program is not only about learning about biology and learning about how to apply that to a city as a living organism but also how to come up with innovative, creative solutions while working with others who have a diversity of opinions,” explained Lue, who is also Richard L. Menschel Faculty Director of the Bok Center for Teaching and Learning and faculty director of HarvardX.

At the end of the summer, students screened their videos in a kind of film festival at Paris City Hall to intrigued French city planners and officials. “I think the city of Paris was very excited about them,” Lue said.

Remarkably, the Harvard undergraduates, who hailed from a multitude of disciplines, completed their projects in eight weeks while staying at the campus of the Cité Internationale Universitaire de Paris. Initially, they attended lectures on biology and urban planning; then they came up with plans that drew on principles of both. “It took us all a while to wrap our heads around that,” said sophomore Daniel Ott.

Ott’s team found that Paris was a surprisingly lonely city. Team members identified a need for more community spaces, but building more space was not feasible. So the team played with the concepts of Airbnb and Couchsurfing to propose a website in which businesses or individuals offered up nonpermanent space for community get-togethers. The resulting “OurSpace” project reflected how cells move across membranes or through channels. “We viewed our project as the channel,” Ott said.

Feedback and mentoring were provided by Lue, Alain Viel, senior lecturer in the Department of Molecular and Cellular Biology, and teaching fellow Adam Tanaka, a Graduate School of Arts and Sciences Ph.D. student in urban planning at the Harvard Graduate School of Design.

Jennifer Tu, a senior majoring in neurobiology, brainstormed with her team to create GenX, a methodology to bring together young and old — mentor and mentee — to maximize the social benefits. “It’s striking how, after so many millennia, the age of menopause stays the same,” she noted. The evolutionary rationale for women surviving past reproductive age may be due to the benefit they provide in childcare or acquired wisdom. GenX was intended to reflect this “grandmother hypothesis.”

The program “challenged us to think creatively and to tackle real-world problems with a fresh mind,” Tu said.

Sophomore Amanda Zhang said her team was prodded by Lue to go beyond simple analogies to see biology as a guiding framework. Zhang’s “fast trash” team worked with a map of the Paris sewer system to plan a system of pneumatic tubes, placed in the sewer infrastructure, that would move trash and eliminate the need for trucks. The team proposed that the tubes be colorful and highly visible to remind Parisians of the need for recycling and reuse. “People will see [trash collection] differently,” Zhang said.

The students said it was also inspiring to work with French counterparts from the Centre de Recherches Interdisciplinaires, most of them fluent in English, but with Paris insiders’ knowledge. “At Harvard we’re concerned with producing and getting something out. The French students were more interested in debating and discussing the social issues,” Zhang said. “I think it was good for us to see the different ways people would approach a project.”

Lue said the students’ plans were all practical; some even aligned with ongoing Parisian initiatives. “We were able to pull together pedagogies not only from the sciences and humanities but principles from the Design School and the Harvard Business School,” he said.

Going forward, Lue hopes to connect with Boston officials, remarking, “Can one imagine some of the students taking the idea of their projects and seeing if there’s a Boston application?”