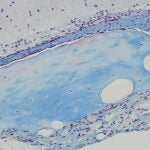 Scientists fighting last year’s outbreak of Ebola used the power of genetic sequencing to unlock the secrets of the deadly virus, and now they’re doing the same for a similar, and far more prevalent, disease — Lassa fever.

Led by Harvard’s Pardis Sabeti, an international team of researchers sequenced the genomes of hundreds of samples of Lassa fever collected from patients in Africa, and found that, unlike Ebola, which is most often spread through human contact, Lassa cases largely come through contact with infected rodents. The study is described in an Aug. 13 paper in Cell.

“With Ebola, you have an initial spillover event, and then you have a consistent human-to-human transmission chain,” said researcher Kristian Andersen, a former postdoctoral fellow at the Broad Institute and now an assistant professor at the Scripps Research Institute. “Most new Ebola patients get the disease from other patients, so the focus needs to be on isolation to break that chain.

“But for Lassa it’s very different,” he continued. “What we found is each patient coming in is a new spillover event. So every Lassa patient we see, we believe … got infected from the rodent reservoir.”

As a result, what works for halting the spread of one disease isn’t effective against the other.

“When you look at the clinical symptoms they’re quite similar, but the viruses themselves are quite different, and the way they behave is different … and because of that the way we intervene is different,” he said. “In Lassa, our focus needs to be on preventing that spillover event.”

The team began work on Lassa several years ago, developing techniques — particularly the notion of sequencing the virus’ genome to understand how it is transmitted — that established the groundwork for their Ebola research. 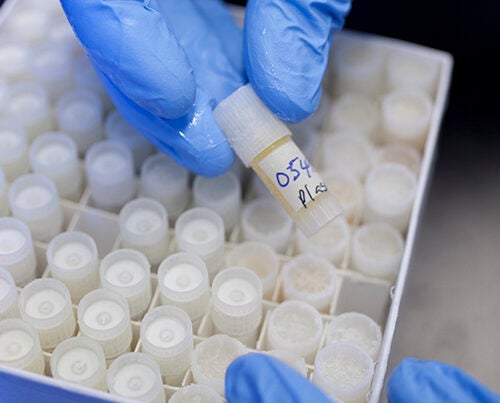 The Sabeti lab’s interest in Lassa began after research found signals of selection that suggested humans might have evolved a genetic resistance to the disease, Andersen said.

“When a patient comes in with Lassa, a blood sample is taken for diagnostic purposes,” he said. “We take whatever is left over and developed methods to sequence the virus and analyze the results.”

Among those results were some surprises, particularly the idea that certain individuals may be infected with Lassa long before showing symptoms.

“There’s data to suggest that some individuals — maybe about 5 percent of our patients — have carried the virus for months rather than weeks,” Andersen said.

That seeming immunity, Andersen said, could be linked to previous infection. Because the earlier infection produced antibodies to the disease, the patient’s immune system initially fights off reinfection. Eventually, however, mutations in the virus can allow it to escape the antibodies, so that it can replicate and cause illness.

It’s a process researchers are hoping to better understand, Andersen said, in part through working with clinicians to ensure their data is used both in diagnosis and toward development of possible Lassa vaccines.

“One thing this paper shows is that Lassa is very diverse,” Andersen said. “That’s something we need to take into consideration as we try to develop any vaccine. Lassa in Sierra Leone, from a genetic perspective, is very different from Lassa in Nigeria, so we may need to think about a country-specific vaccine strategy.”

What is clear, Andersen said, is that genetic sequencing represents a powerful new weapon against disease.

“We’re no longer guessing, we’re looking at hard data,” he said. “The advent of genetic sequencing allows us to detect the presence of these viruses, but also to understand how it is they’re transmitting, how they’re spreading, and how they’re changing over time.”