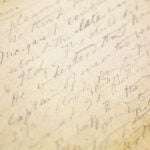 “Works of art are designed to take us as quickly as possible to our most important questions,” Steven Seidel told an audience of artists and educators gathered at Farkas Hall on Monday night. It was the start of the 2015 Arts and Passion-Driven Learning Institute, three days of workshops, performances, and conversations hosted by the Harvard Graduate School of Education (HGSE) and Silkroad, the cultural organization founded by the cellist Yo-Yo Ma.

By now, in its fourth year, the event has acquired the air of a soiree — or a barn-raising. A celebratory buzz filled the hall, fueled by the particular energy of nearly 100 creative people from around the world coming together to trace connections among passion, inspiration, and learning.

The powerful questions that Seidel evoked were asked, answered, and then asked again — both in his opening conversation with Ma and in the exhilarating performance that followed, as the Silk Road Ensemble seemed to enact passion-driven learning right there on stage. As conferences go, there’s none with a better soundtrack.

“One of the things I think a lot about is, ‘What does the imagination consist of?’” said Ma, when Seidel asked about works that had inspired him. As the institute’s faculty director, as well as the director of HGSE’s Arts in Education master’s program, Seidel had framed the gathering as an open-ended exploration of art’s power to disrupt, to vanquish pat certainties and conventional explanations. 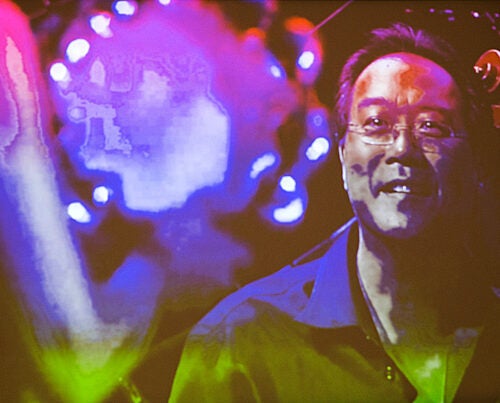 When confronted with a work as challenging as the one he’d perform later in evening — a new piece for cello and tabla called “Tom and Huck,” commissioned from MIT-based composer Evan Ziporyn — Ma said he enters the imaginative space of the piece, then brings it alive again in his own imagination. “It’s about layering and layering real experiences and senses and memories,” he said, describing how he understands the nature of the friendship the piece depicts.

As performers, Ma and his friend and musical partner, the percussionist Sandeep Das, decided they had to get away from trying to render the piece in a “correct” way.

“We had to forgo the idea of impressing anybody, pleasing the composer, doing what’s written — which is basically impossible. We’re going to make it up!”

The resulting performance — a dialogue, filled with the joys and frustrations of friendship, and with all manner of noises (which Ma created by tapping every part of his cello, including the peg) — was stunning, and felt simple.

Seidel’s framing questions about what art reveals, and about how those revelations can inspire us, resounded through the rest of the evening and beyond. During his plenary the next morning in Longfellow Hall, he quoted Anna Deavere Smith’s book “Letters to a Young Artist.” After interviewing the painter Brice Marden, Smith wrote of her conviction that “questions and uncertainty are the stuff of artists.”

“And I would add,” Seidel said, “they’re also the stuff of educators.”

From those questions and uncertainties, from the artist’s “insatiable curiosity and desire to make sense of the world,” Seidel said, come new connections and new theories. For him, the distinction between his roles of artist and educator faded long ago; in both, he said, his job is to navigate the questions and never take the standard answers for granted.

To view photos from the Arts and Passion-Driven Learning event (Aug. 3-5), visit the website.